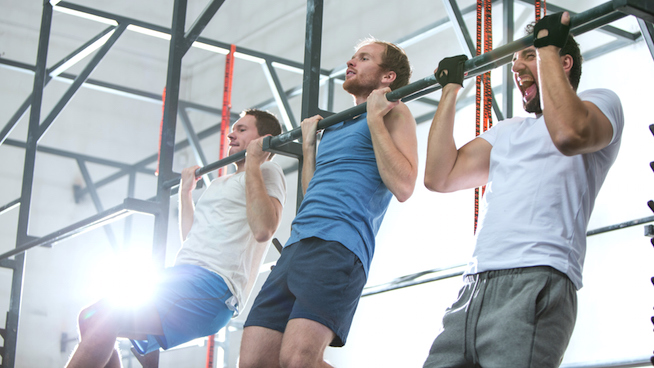 CrossFit has a problem: Success. Twelve-thousand worldwide affiliates, two million participants, a Reebok sponsorship, televised Olympic-style championships, and well over $100 million of direct and indirect revenue have taken it from its outlaw beginnings to a global phenomenon in just 15 years.

But the same forces that have driven its meteoric rise have left CrossFit with lingering questions that will need to be answered if it is to continue its development as a sport. The enormous freedom and competitive drive enjoyed by each affiliated box is now being threatened by the intense public focus that results from unbridled growth.

When CrossFit started, it enjoyed its reputation as a rebellious workout. Its founder and CEO, Greg Glassman, told a New York Times reporter in 2005, “It can kill you. I’ve always been completely honest about that.” Swirling concerns about CrossFit-induced injuries, rhabdomyolysis (a condition where muscle breaks down under high stress and can poison the kidneys), heat exhaustion and safety issues only reinforced its cavalier reputation—especially in strength and conditioning circles.

What a difference a decade makes. CrossFit has finally gone Hollywood and entered mainstream America. Now, Cameron Diaz and Channing Tatum have replaced Uncle Rhabdo and Pukie the Clown as the unofficial Internet mascots as the fitness giant has grown exponentially.

CrossFit is now looking to appeal to the biggest catch of them all—the Baby Boomers. And there’s the rub. A 2015 CBS 60 Minutes interview led to this exchange between reporter Sharon Alfonsi and Glassman:

GG: Uh-huh. Yeah. To say no is to say that, if you drop your pen on the ground, you’re not gonna pick it up. It’s a Deadlift. It’s picking something off the ground. It does not require a physician’s OK. If your physician doesn’t think you should Deadlift, you need to get a new doctor is what you need.

So who is the real CrossFit? A thrilling but dangerous spectacle or a wholesome family workout that grandma and the grandkids can enjoy? Let’s take a closer look at the myths and truths of CrossFit.

CrossFit is the most dangerous sport in the world

Nope. Not by a long shot. In a 2013 study from Wales, self-reported CrossFit injury rates hovered around 3.1 per 1,000 hours. That’s a lower rate than rugby, and similar to weightlifting or running. The Department of Defense is now studying CrossFit programs for its warriors.

CrossFit is completely safe and anyone can do it

Come on, man. If every American could run upside-down on their hands for two minutes then do 15 Clean-and-Jerks (twice), we would be the most feared nation on the planet. The fact is that the WODs (workouts of the day) can be extreme, and no medical clearance is needed. Like any HIIT (high intensity interval training) program, formal medical assessment and technique guidelines for the uninitiated, older athletes and children simply make sense.

CrossFit is a fad and will wind up like Zumba

Not likely. CrossFit is the real deal, and its social networking emphasis and competitive aspects will continue to stoke its popularity. I admire the social energy of CrossFit and the inspired volunteerism of its participants. But because of its growth as a spectator sport, the organization and sponsors need to take better care of their athletes. Images of people throwing up, collapsing from exhaustion, suffering thermal burns on their hands or peeing on the ground, might constitute badges of honor in the local CrossFit box, but they do not play as well on NBC or ESPN. Just as United States Soccer successfully organized a formal medical division during its intense growth period in the early 1990’s, CrossFit HQ should step up and form a medical team to develop formal guidelines and professional event coverage to help ensure the safety of their sport, improve performance enhancing drug testing, and support injury research. Active, positive engagement with the medical community can help shape a brighter, safer future for CrossFit.

The real test for CrossFit comes now. Who do they want to be when they grow up? A real sport requires real responsibility from its governance. Protecting its athletes of all ages and ability should be a priority. I’d like to think this is a defining moment for a sport that seeks to produce the “fittest athletes on the planet.”