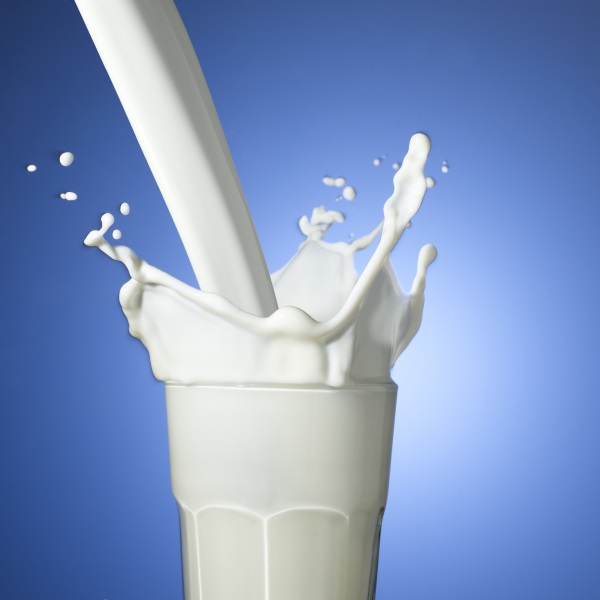 Strength athletes who drink a litre of milk after a training session recover faster, we wrote a few years ago. But a litre is quite a lot of milk, and strength athletes watch their fat percentages carefully. So could they get away with drinking less? They certainly could, say sports scientists at Northumbria University. Half a litre of milk works just as well as one.

Study
The researchers used 24 young men with an average age of 21 for their study. The subjects had never done weight training previously and had to train their legs on a leg-extension machine. The emphasis in the workout was on the eccentric movement, as this is what causes most muscle damage.

Results
During the days after the workout the researchers measured how much muscular pain the men had in their legs. The milk supplementation had no effect on this.

The researchers also measured the subjects’ peak torque – say their maximal strength. The milk supplementation speeded up the peak torque recovery, but there was hardly any difference between the results of the subjects who drank 1000 ml and those who drank 500 ml.

The researchers also measured the blood concentrations of myoglobin and creatine kinase [CK]. These proteins belong in muscle cells, but if these are damaged, the proteins also enter the bloodstream. The higher the concentration, the more muscle damage there is. The protein concentration normalised faster in the subjects that had drunk milk after their workout than in the placebo group. But the difference between the 500 ml and the 1000 ml group was only small.

Conclusion
So half a litre of milk works just as well as a whole litre, the researchers conclude.