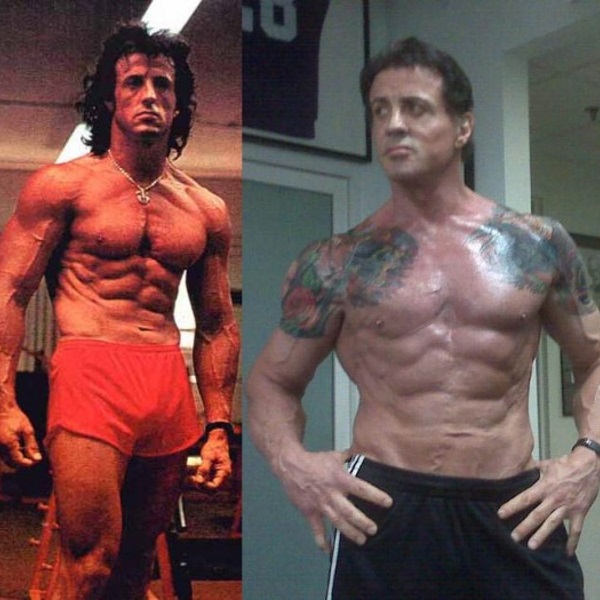 More people use steroids than we think, especially ones whose careers depend not only on their skills and talents, but also on their physical appearance. When athletes get caught using steroids, they are criticized and hated. But what about celebrities who use steroids? This is not as talked about but we’ve come up with a list of celebrities who have definitely used steroids and we have the pictures to prove it: Back in the day Dr Dre was just regular boy from the hood who was packin. As you can see from the picture above, nothing really big and out of the ordinary in terms of muscle and build.

Fast forward to more recent photos of him and you’ll see a big difference – Dr Dre is now packing on the muscle. He went from packing extra fat to packing extra muscle. He is huge and we are pretty suspicious about his steroid use.

He admitted to using steroids so there is no hiding here. Checkout his before and after pictures: Dwayne will never admit to his steroid use, but his massive physique has us questioning his integrity. He has gotten progressively larger over the years and even after quitting his wrestling days. Yes, Dwayne, you are already a big human being, but let’s be real, you are definitely using some sort of enhancers: From skinny minnie to buff and lean, Charlie Sheen also admitted to taking steroids for his role in Major League. This man obviously doesn’t have any regard to what he puts in his body…drugs, alcohol, or roids.

He spend a whole lot more than 50 cents to get his large physique: Bale went had quite a few body transformations within the last decade or so. One can only speculate how he dropped weight so quickly and bulked up even quicker within under a years span for some particular movie roles. Here are some photo’s, along with what he weighed on certain dates