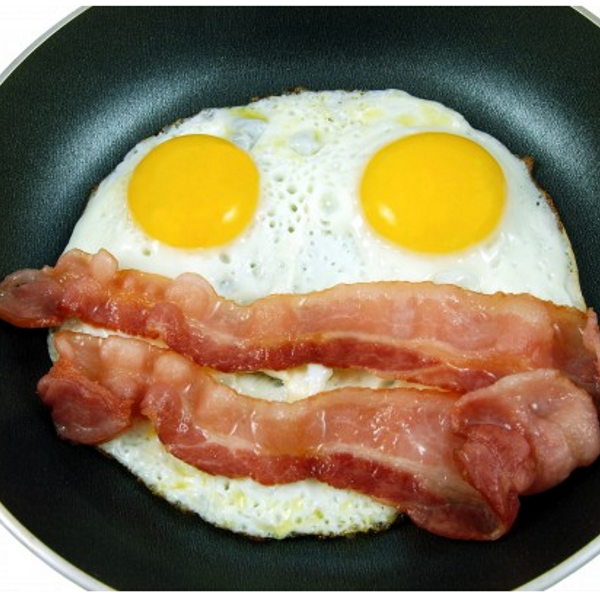 Star Wars and Donald Trump may have been dominating the recent news cycles, but 2015 was a banner year for nutrition. In a discipline where the progress of critical consensus makes a sloth look speedy, major shifts in knowledge are few and far between. But 2015 brought some pretty incredible new discoveries to light. Obviously you can’t believe everything you read online (this article excepted), so feel free to debunk the BS your friends may be spouting with the research in this article.

A high fat, low carbohydrate diet has been used to treat epilepsy for years. But ketogenic dieting (KD) has only recently found widespread support in the bodybuilding community and other health-conscious consumers for its numerous health benefits. Aside from well-documented advantages for lean muscle maintenance and body composition, studies show that KD is an effective treatment for children with therapy-resistant epileptic conditions. Organizations like The Charlie Foundation, co-founded by Hollywood legend Jim Abrahms, are bringing awareness to this nutritionally brilliant preventive measure. And if that isn’t enough, there’s even an organization outside of Austin, TX where they’re using strict KD on dogs… as therapy for cancer! Active cancer cells and tumors feed entirely on glucose, so a low-carb, high-fat diet that keeps the body running on ketones seems to starve the cancer cells of what they need to survive and metastasize.

2. The Importance of Gut Microbiome

Peak performance comes from more than just great cardio and the will to win… at some point your gut comes into play. Yes, your actual gut. Recent studies show that positive dietary changes affecting gut microbiota can result in profound effects on the human immune system. An understanding of the importance of short-chain fatty acids (SCFAs) has been on the rise for decades and is only accelerating, with a few big food companies now stepping in line. Quest Nutrition actually changed the fiber source of Quest Bars from IMO to soluble Corn fiber in light of the metabolic benefits of SCFAs that the new fiber source produces. Butyrate, in particular, seems to have its own library of metabolic benefits. And now more than ever, scientists are finding direct correlations between the microfauna of our intestines and one’s state of mind. If you’re going to trust your gut, take enough care of it to trust you back.

The coast is clear – you can now crack open that diet soda without fear. The recurring myth that diet soda has a direct correlation to obesity has finally been busted. A recent study from the University of Bristol shows that using high intensity sweeteners like stevia as well as artificial, low energy sweeteners (LES), such as sucralose, help reduce relative energy intake (appetite) and therefore body weight. The now-debunked old theory suggested that LES threw off your brain-belly chemistry, that sugar actually “filled you up” while LES did not, hence a continued desire to eat and drink. But we can chalk all this up to the old correlation vs. causation fallacy.

Under experimental conditions, however, consumption of LES beverages showed even greater weight reduction in new users than water consumption did! It seems that switching from sugar-sweetened drinks to those with LES may be an easier and more acceptable dietary change than going from straight-up sugar to plain ol’ H2O.

The USDA is finally getting up to speed with something that many nutritionists have suspected for a while now: saturated fat isn’t a heart disease-ridden devil. At the beginning of the year, the USDA and Health and Human Services (HHS) proposed new federal dietary guidelines in a 500+pg report confirming this great reversal… despite what’s been taught to kids since the 60’s. Recent studies have shown no association between heart disease and dietary saturated fat. MCT and Coconut Oil are all the rage amongst dieticians and progressive thinkers, plus bodybuilders like Mike Rashid have been using them as a key part of their plan to stay as shredded as humanly possible. Even butter is back! Bulletproof coffee, anyone? To quote David Katz, MD & Director of the Yale-Griffin Prevention Research Center: “Dietary patterns consistently associated with good health tend to be low in saturated fat—but not because they focus on saturated fat—rather, it’s because they’re made up of the most nutritious foods preferentially. Those foods tend to be low in saturated fat just as they are low in salt and sugar and free of trans fat and so forth.” Dr. Katz is trying to say that we’ve been falsely correlating saturated fat with negative health indicators, when in truth, any number of nutritional culprits could be at play.

Eat less food to lose more fat. Makes sense, right? Perfect sense, but it’s not “portion control” like you’ve ever heard before… try starvation! (or “fasting,” for the weak of will) And imagine if benefits extended far beyond the waistline… to your overall lifespan! The emerging trend of intermittent fasting (interspersing periods of feasting with periods of starvation) allows the body to eat away at damaged protein and stored glucose (glycogen). When the body burns through glucose entirely, we switch over to burning ketones… AKA fat byproducts… putting you into a state of ketosis. Several studies have confirmed the benefits of caloric restriction, but new research has begun to show that you can get the same benefit without reducing calories, simply by consuming them in shorter bursts, in between periods of fasting. The trick to longer life may be found in an accelerated “cellular autophagy,” the normal, self-devouring physiological process. During times of cellular stress, often caused by working out and the deprivation of nutrients or growth factors (such as readily available glucose), our autophagy is increased. Fasting, ironically, accelerates this process.

So what did the nutrition community learn this year? Old enemies might be your new best friends – fat, starvation, microbes, and low-energy sweeteners are running marathons for your metabolism. See if you can keep up.