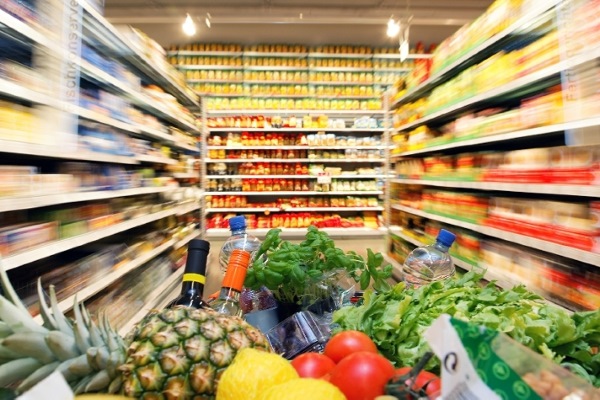 By Janet Helm for U.S. News

We all know about the book and movie with “shades of grey” in the title. That phrase may conjure up certain images in your head, but it got me thinking about all the shades of grey in nutrition.

People frequently speak about food in absolutes — this food is bad, or this diet is best. Well, it’s not that simple: Nutrition is not always so black or white.

To me, shades of grey means there’s a little bit of right and wrong. With so many of today’s food fads, popular diets and nutrition claims there’s typically a nugget of truth. Yet things get exaggerated or blown out of proportion. The reality lies somewhere in between.

Here are five shades of grey in nutrition.

1. Butter is back: Not really. While headlines and popular books are making a hero out of butter and other saturated fats (such as coconut oil and lard), that’s not exactly true. Just because something may not be as bad as previously thought, it doesn’t make it good. Much of this hero worshipping got started when a recent analysis appeared to let saturated fat off the hook when it comes to heart disease. It’s true that researchers found little differences in heart disease rates when comparing those who ate the most vs. the least saturated fat. But the results are not so clear cut. The study did not look at what else people were eating. So if eating less saturated fat means eating more refined starch and sugar, then no wonder there’s little or no improvements. However, if saturated fat is replaced with polyunsaturated fat or monounsaturated fat in the form of olive oil, nuts and other plant oils, there’s a lot of evidence that heart disease risk will be reduced. The 2015 Dietary Guidelines Advisory Committee concluded that our diets are still too high in saturated fat, especially for those over age 50. There’s no need to totally ban the butter or ditch your coconut oil, but don’t buy into the idea that these fats are suddenly health foods.

2. Avoid refined grains: Not completely. While Americans eat too many refined grains (white bread, pasta and pizza crusts) and the 2015 Dietary Guidelines Advisory Committee recommends replacing most refined grains with whole grains, you don’t need to fully banish them from your diet. Just be choosy. Switch to whole grains when you can, but there may be times when only the white version will do — maybe you want a slice of a crunchy baguette with dinner or to savor a hot croissant in the morning. In moderation, refined grains are not “toxic,” and you shouldn’t feel guilty when you eat them. Refined grains are typically low in fiber but are enriched with iron and B vitamins and fortified with folic acid. Look for ways to reduce refined grains, but don’t think you need to abolish them.

3. Fresh is best: Not always. Sure, it’s great to eat fresh, local and in-season fruits and vegetables. If you can pick up your produce at a farmer’s market, that’s even better. Yet, that’s not always possible. The most important thing is to eat more fruits and vegetables — no matter what form. Frozen vegetables are just as nutritious as fresh; studies have demonstrated this time and time again. And if you tend to leave your fresh veggies a little too long in the crisper drawer, the nutrient content can plummet. So frozen vegetables could even be more nutrient-dense. If fresh fruit tends to go to waste in your house before you can eat it, there’s nothing wrong with stocking up on bags of unsweetened frozen berries, or buying cans, jars and single-serve containers of fruit packed in water or juice.

4. Only shop the perimeter of the grocery store: Not needed. You’ll often hear this advice to help steer people away from processed foods. It’s true that the produce aisle, fresh meats, dairy and other “whole foods” are typically in the outer sections of a supermarket, but there are plenty of cart-worthy options up and down the middle of the store. What about packages of whole-grain pastas, bags of brown rice or quinoa, nuts, canned beans, reduced-sodium soups, frozen vegetables and dried fruit? You won’t find these convenient, nutrient-rich items in a store’s perimeter. I think we need to give families reasonable options and make it simple and doable. If we make the ideal so lofty, it doesn’t seem attainable. I think it’s more valuable to provide ideas on how to evaluate choices in those middle aisles instead of telling people to avoid them entirely. Plus, many supermarkets are not even organized that way anymore, so the rule doesn’t always hold true.

5. Choose the “healthy” option. Not always. Many foods boast about their health credentials on the front of the package or on restaurant menus. That’s fine, just don’t let these health halos tempt you to eat larger portions, which has been documented numerous times. A study published in the International Journal of Obesity found that people chose larger portions of “healthy” foods because they assumed they had fewer calories than the standard version — even though the calories were the same in the two options of coleslaw, cereal and drinks that were offered to the study participants. Previous studies have found similar results. When people saw “low fat” on a label, they ate even more because they felt less guilt.