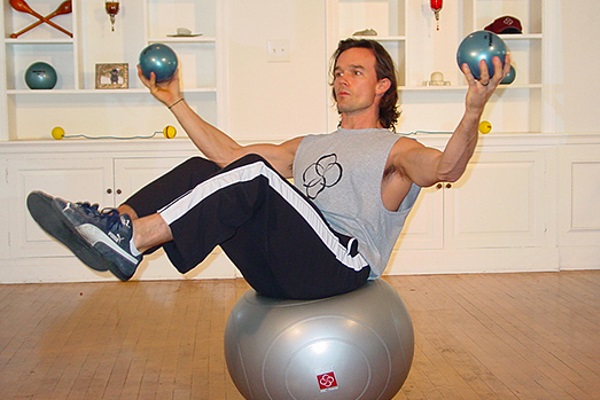 Laughable or Tragic?
Here are five things that should be simple but have been transformed, depending on your perspective, into something either laughable or tragic.

I once had the parent of one of my athletes ask (in a very concerned voice) if we were working our “cores.” That’s when I knew things had gotten bad.

The word had trickled down into public consciousness. Moms quickly added it to their list of things they should be concerned about in their children’s development.

There’s a lot of disagreement as to what constitutes the core. Champion Olympic lifter Tommy Kono once said that the hips are the real core and I can’t disagree. In fact, outside of the arms and the legs, I think all of the rest of the body is the “core.”

In watching people just get up off the ground (a major key for indicating overall body strength), I noticed that most people think the front of their neck is the core. It’s always the first to move.

All those years of crunches had taught them to first move the head. The human head weighs eight pounds as we learned in the movies, and it’s often used as a cheat in many exercise programs.

I teach, first and foremost, that the body is one piece. That’s my knock on the term “core.” The current accepted definition relegates it to the Frankenstein’s Monster approach to lifting: arm day, leg day, rhomboid day, and alas, core day.

You can train the core with farmer’s walks, Olympic lifts, and deadlifts. The Highland Games are a wonderful core workout. Training the full body always trumps this notion of pieces.

When Jane Fonda began preaching (and screeching) the value of fire hydrants to burn the fat off the outer hip and small crunches to flatten the tummy, we lost sight of the key principle of being human: you are one marvelous piece of machinery.

By the way, just by learning to roll around a bit does wonders in helping people discover that the body is one piece again. Tumble, roll, cartwheel, farmer walk, and toss a caber for a true core workout.

But whatever you do, just stop saying “core.” I just hate it. Not as much as I hated hearing Jane Fonda yell, “Go for the burn,” but it’s pretty awful.

The word “functional” showed up a few years ago, and all of a sudden even supposedly smart people are having clients and athletes squat on balance beams and BOSU balls.

Somehow, juggling three balls while lunging across a thin board over a tank of sharks trains the body better than squats, benches, and deadlifts. Who knew?

I once wondered out loud about this kind of nonsense at a clinic. Some guy, probably Plato’s direct descendent, challenged me with this rejoinder: “It’s much harder to move with your eyes closed.”

Then Captain Logic walked away, a smile on his face from winning yet another game of mental Mortal Kombat.

Okay, so try this. Volunteer at a local college to be on the kickoff team for football. Run down the field with your eyes blindfolded as fast as you can after the ball is kicked.

Get back to me on how this helps your training.

My issue is this, the cardiovascular system is, well, a system. So, when people ask me about doing cardio, I tend to answer, “No, I trained my lymphatic system earlier and I don’t want to overdo it.”

Yes, I know exactly what you mean by “cardio.” But this terminology is just an attempt to make things somehow more complex, more esoteric, more… full of shit.

Since the jogging craze of the 1970s and the introduction of aerobics from Kenneth Cooper, we’ve been inundated with the word cardio.

“Have you done your cardio today?”

“What are you doing for cardio today?”

“This is great for cardio!”

Give me a wooden mallet and I’ll show them how I like to get my cardio in.
You know that the idea of cardio has jumped the shark when a basketball player – who plays two games a week and runs up and down the court five days a week in practice – asks, “Hey coach, I lift weights but what should I do for cardio?”

I’m all for drinking water. Ninety-eight percent of researchers agree it’s a good idea and the other 2% can’t seem to be reached for comment. Weird.

What I hate is calling it “hydration.”

The first time I heard of hydration, this fancy concept of drinking fluid during sports, my fraud antennae went up. It came from the marketing department of a company selling water with a few crystals of salt and sugar in it.

Moms all over America were soon stalking practice fields, insisting that their babies be properly hydrated.

Folks, it’s called drinking water. It just isn’t that big a deal. You know how when your throat gets all dry and you crave fluid? That’s called being “thirsty” and medical professionals say that it indicates that you need some water.

But it doesn’t sound sexy or even professional (in some circles) to say, “Drink some damn water.” Instead, they throw around terms like hydration. It might sound smart, but if it’s just an attempt to show off, stop, okay?

This word deviates from the other four in that it’s not the word fraud itself that pisses me off; it’s the actual concept.

People who are fearful of being targets of general fraud are advised to protect themselves by doing the following things:

You can apply the same points to fitness fraud.

It will help your functional core hydrate while doing cardio.