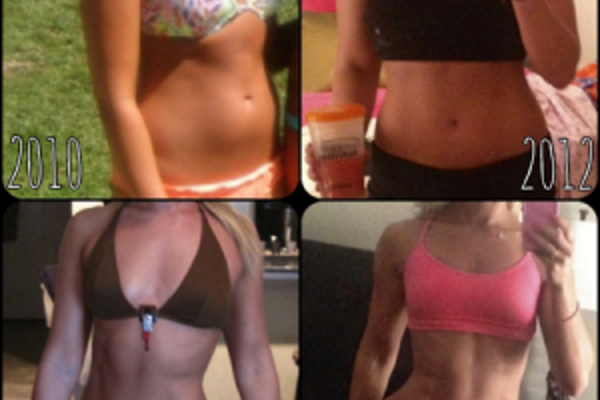 You want abs in 4 weeks? Let’s be honest, it’s probably not going to happen. Here’s how to see around fat loss lies and realistically transform your body.

When I first learned how to play tennis, I was told by my instructor that it would take me about 4 weeks to learn how to serve correctly. I know this might not have teach you how to lose weight fast, but understanding tennis will help you learn how to lose fat.

While I knew “how” to serve, the mechanics were wrong. My toss sucked, my footwork was off, and I wasn’t even striking the ball in the right place. I could envision what I had to do (we’ve all seen a serve), but I didn’t know how to do it correctly and consistently.

Sure enough, 4 weeks later I was able to serve the ball consistently. That’s not to say I was firing aces or overwhelming anyone. But I could do it. My job from there was to get better, keep improving, and turn that 4-week investment into bigger gains.

If I told you I could teach you to serve in 4 weeks, what would your expectation be? Do you believe you’ll be on your way to the ATP tour, or would you just be happy seeing results and knowing you can do it?

I wanted to know, so I asked 10 people. All 10 said the expectation was progress, not an end result. That’s a good response.

You could replace a tennis serve with almost any “skill” or task in life, and the same truth would remain. And yet, when it comes to how to lose weight fast, the progress-patience ratio is obliterated.

Fast is a time consideration that needs to be redefined if you really want to see results that last and not be stuck in perpetual diet hell.

You see, most cover lines and headlines on books and magazines are awful. Sure, they get you to buy and read, but the truth is murky at best. At worst? These promises are oftentimes the reason you don’t see results, follow bad fat loss programs, and are pushed into inevitable failure.

If you want to stop the vicious cycle of reading “how to get abs” and end up worse than you started, it’s time to learn more about how weight loss works and how long it will really take to transform your body.

You Can Have Abs (No Joke)

The photo above is the cover of a book I wrote. It’s one of my favorite books I’ve written and it’s packed with great, accurate information with one exception: the 4-week promise stamped on the front of the book.

It’s something I argued against. I understand and respect my publishers decision (books must be sold!) but I didn’t like the misleading mindset that plagues most fat loss plans. In fact, in the actual text you won’t see such bold claims and there’s a good reason.

There are two prevailing beliefs about fat loss:

Both have hints of truth. You need a good eating plan to see your abs. And some people will have abs even if their diet consists of Skittles and McDonalds. Sorry, but it’s true.

But there’s another truth that no one discusses: Anyone can have abs if they are willing to be patient.

For the average person, losing fat takes time. In general, the more fat you have to lose, the quicker it will come off. Most “overweight” people can expect to lose around 2 to 3 pounds per week. They can lose more, but that’s the average. The less you have to lose the slower it will come off, with leaner people maybe losing about 1 to 2 pounds per week. And those that are already really lean, the process is even slower.

Below is a picture of my client, Justin. He looks great. The before and afters are a point of pride. But you know what? This wasn’t 4, 6 or 8 weeks.

What you see is the result of 6 months of hard work. We went in with eyes wide open, and tackled the goal the right way, with realistic expectations, and a plan that could be maintained.

The same can be said of my client David. We’ve worked together for more than a year. When we started there were no false promises or hopes. Just an honest assessment of where he was and where he wanted to go. We mapped out a plan and then made adjustments as necessary.

Here’s what you need to really know if you want to build a successful workout and diet plan: fat loss is not acute. That means you don’t have to stress every small decision.

Fat loss doesn’t react to the whims of one particular day, exercise, or macronutrient. Fat loss is a process. And it occurs when many steps are taken and executed correctly.

The biggest problem for most is over- or under-reacting. We want results immediately. And what we fail to realize is that in most cases, our impatience results in us make changes prematurely that end up stunting progress. Maybe it’s changing a diet or shifting a new workout. In many situations, a food group (like carbs) is blamed and removed entirely.

The real fat loss secret: Most times you just need to let the process run it’s course. Learn the steps, understand how it works, and then continue practice until you’re firing fat loss aces.

Look at the picture below of Olivia Langdon. She is a former client turned mentor (who you can work with directly) in Born Fitness online coaching. She looks incredible, but this wasn’t an overnight success. That was four years of patience, hard work, and readjusting her goals.

It’s funny, but the Karate Kid “wax on, wax off” philosophy was way ahead of it’s time. You start by doing simple motions and you don’t see anything changing. Heck, sometimes it doesn’t even seem like you’re doing anything.

Then one day, you know karate. Or in this case, you’re burning fat and seeing results.

Fat loss and abs are real. But the reality is that it’s a game of patience and realistic timelines. According to survey results, 60% of people that start a diet plan never make it past 4 weeks.

What makes this stat so important? For visible results, most people need to be on a consistent diet and fitness plan for a minimum of 8 to 12 weeks. So it’s no wonder why so many people start with the right intent and are even doing what needs to be done, but quit prematurely.

Be patient. Work hard. Focus on the process and not the outcome, and if the program is right, then your results will only be a matter of time.