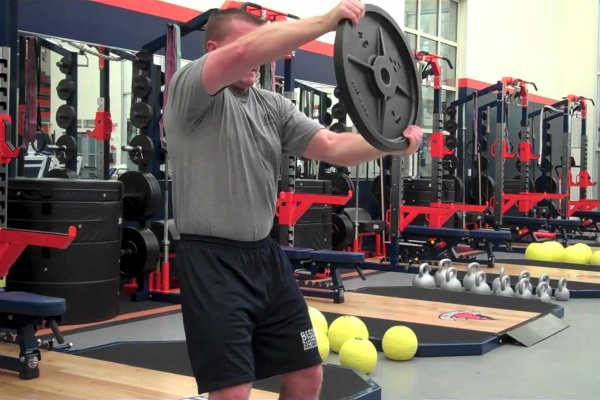 Cedric McMillan is steadily rising up the ranks of the IFBB. The talented bodybuilder recently took 2nd place at the Arnold Classic Brazil and his popularity has never been more prevalent. The event showcased a more improved McMillan since his last outing, and though he may have not taken the top spot, it was obvious to everyone in attendance that Cedric steadily growing to be a threat. But how exactly did he obtain such a body? Cedric spoke a while back with MD about his top exercise to building up epic amounts of mass. Check out some highlights that is turning Cedric into a force to be reckoned with.

Smith Bench Press
If you get in the gym enough times eventually you’re going to run into the problem of having to train by yourself. You can’t always have someone there to spot you, but that doesn’t mean you have to sacrifice your training. That’s where the smith bench press comes in handy. It’s one of the best exercises to perform if you’re lacking a training partner. In the beginning of his career Cedric was lacking in that very department and adjusted accordingly to meet his chest development needs.

Push-ups With Cables Across Upper Back
This exercise is a pretty interesting alternative to the usual push up routine. Cedric uses this exercise to compliment either the chest or triceps depending on which muscle group he’s training. The idea is to have added resistance so that you’ll feel a major burn from performing the exercise. A great way to push your muscles to failure.

Skull Crushers
Another of Cedric’s personal favorites, skull crushers are probably one of the best exercises that attack multiple muscle groups on the upper body. Besides working your triceps, skull crushers also do well to develop the long head of your biceps as well. Cedric goes a step further and actually does a bit of a pull over with the movement which can also work the lats as well.

An exercise invented by Rich Gaspari, Cedric uses this movement for his shoulder training in the gym. It’s a fairly simple exercise that requires nothing more than a 45 lbs plate. The secret to the movement helping his shoulder development is that McMillan performs the exercise for 40 reps. You hold the plate on either side and lift it before you, plate parallel to your body, then twist to either the left or right, alternating with each rep. Doesn’t sound too complicated, but makes for a serious workout.