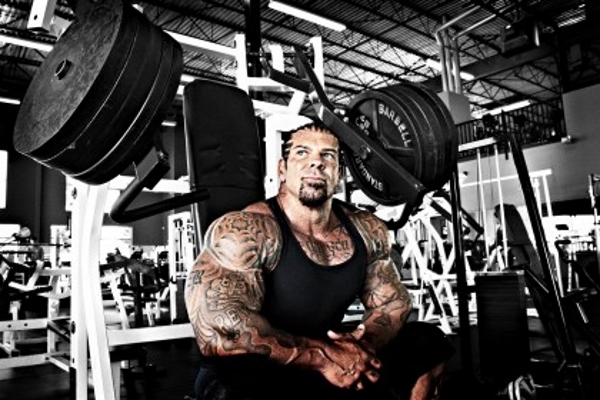 There was a time when being a professional bodybuilder meant you probably could make a living off your body in some regard or another. Magazine contracts were given to many and after the supplement industry exploded there was a place for almost all newly crowned IFBB athletes somewhere in the ranks. Paychecks varied from meager to extravagant and lifestyles adjusted accordingly, but if someone was personable and not completely devoid of any marketability they had the potential to use their status as an elite competitor to make themselves a living.

Today’s scene is a drastically different one. An IFBB pro card means nothing in terms of financial gain (beyond being able to charge more to personal training clients) in itself. Supplement contracts have dwindled to peanuts except for a small handful of stand out brand representatives and magazine contracts are being left un renewed on a monthly basis. Let’s take a look at the 3 big reasons bodybuilders can’t make money anymore.

1. The internet has changed marketing and people will work for free

As magazine and print publications die off, supplement companies are no longer dumping 10-20k per month to fill a few pages in the muscle magazines on newsstands. The internet has changed the game in several different ways that all work together in the perfect storm that has changed the entire financial dynamic of the sport. Since magazines are no longer the supplement companies goto for spreading their brand image, they are left to use social media and other methods of internet marketing to get themselves out there. The dynamic of physique athletes and bodybuilders and how they interact with social media has also flipped the industry upside down. Everyone now can be a celebrity in their own mind and play a model on the internet. While previously a company would need to find someone to represent their company and use the pool of latest up and coming bodybuilding talent to search through, now we have an endless supply of amateurs dying for attention who will not only allow their image to be used for free but will also work for free or a few bottles of supplements a month to promote the hell out of the products online. These people are dying to tell their “followers” that they are sponsored just for the image of it and will do anything just to attach themselves to a brand.

I don’t know if we blame bodybuilders or the industry itself for making them lazy, but damn they are lazy. Perhaps they were spoiled by the images of Shawn Ray and Flex Wheeler living like ballers just to be jacked and allowing people to look at them. Or maybe lazy people in general are attracted to bodybuilding. Or maybe bodybuilding makes people lazy…or just everyone in general is more lazy now. Who the hell knows? One thing that’s for sure is that many bodybuilders want to get paid to do nothing except their daily bodybuilding routine. That was fine and dandy when Muscletech just needed a 300lb bag of muscles to stamp some crazy claims about their products over (697% more muscle mass!) but in this market it just doesn’t cut it. As a supplement company, does it make sense to throw bags of money at a bodybuilder just to use his pictures when there are thousands of instagram models with 30k followers who will push it for free? No, it doesn’t. It’s sad but it’s the truth. Also, this ties into the last reason which is…

Bodybuilding has always been about the freaks, but there was a general appreciation for the freakyness in previous decades that doesn’t exist now. I believe it mostly has to do with the media’s representation of steroids and how they have demonized and bashed the topic over our skulls. So many athletes have been labeled “cheaters” for taking performance enhancing drugs that many of the half brained general public thinks they could achieve anything that top professionals do if they simply took a bunch of steroids. The reason bodybuilding isn’t appealing anymore is enough to fill an entire book, but the main point is that not only are the smaller and less developed “IG models” willing to work for nothing, but they actually represent a look that is more attractive to a wider audience. Some bodybuilders have seen the writing on the wall and carved their own niche and hustled their way to success, but the majority just sit around on their ass waiting for someone to throw money at them.