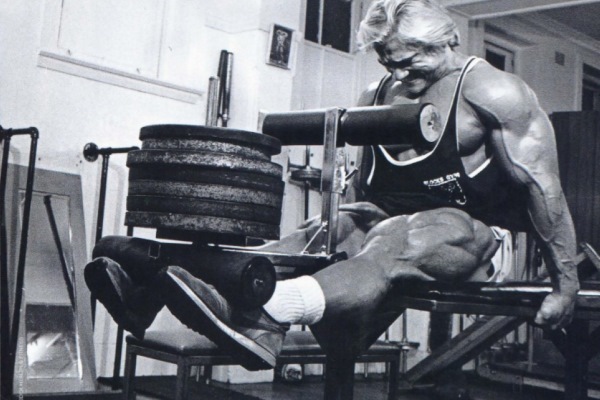 Turn those calves into cows.

When most people think of bodybuilders they imagine shredded abs, a broad chest, and ripped arms. Just an overall massive upper body akin to a superhero. But that would only be half the story.

Many people who first begin bodybuilding are so obsessed with building their upper bodies that they forget about developing their legs as well. Unless you want to be massive with chicken legs, then you’re going to have to work your lower half.

But even when people do move on to training their legs they focus a great deal on building up their quads and their hamstrings rather than every bit of the leg. The problem is that in order to build a strong foundation you’ve got to have a bottom up approach. That means if you want to own some strong legs in shredded shape then you’re going to have to build up the lowest placed muscle on your body.

The calves are just as important to building symmetry as building up well defined forearms. No one wants 20 inch biceps with some puny forearms. Your arm would look more like a chicken leg than a vascular piece of muscle. The same goes for the legs. Having calves that are both big and strong will ensure that your body’s proportion will stay in order. Not even Arnold Schwarzenegger could rest on his laurels when it comes to calf definition. It was a body part that he neglected and because of that he wasn’t placing as high as he wanted despite an impressive upper body. Of course, he changed that quickly – and you should too. If you want to be a pro or if you simply want to have a symmetrical form then you’re going to need impressive calves.

If you’re interested in building up some bigger stronger calves then take these valuable strategies under consideration.

The calves are a multifunctional muscle group that can be built up not only for endurance, but for strength as well. Calf raises isn’t the only exercise that can be performed for gains in the muscle group, but it’s perhaps the most focused exercise for the particular area. The high rep strategy requires you to perform upwards of 30 reps within 2 sets and can prove to be the recipe to giving your calves some great muscle endurance and aid in bolstering your heavy lifts on leg day.

The benefits of one legged calf raises are pretty apparent. By performing the exercise one leg at a time you’ll ensure that you’re not only making some major calf gains, but also increasing your balance and overall leg development. That same balance under stress can translate to other lifts that require sturdy legs like the squat.

It’s possible to work the calves without this method, but by focusing on specifically building the inner and outer parts of your calves you’ll be able to sure up any lagging points found in the muscle group. By performing calf raises in the pigeon toes style for the inner calves (toes point towards each other, heels out) or duck feet style for the outer calves(toes pointing outward, heels inward), the entire muscle group will be worked at every angle.