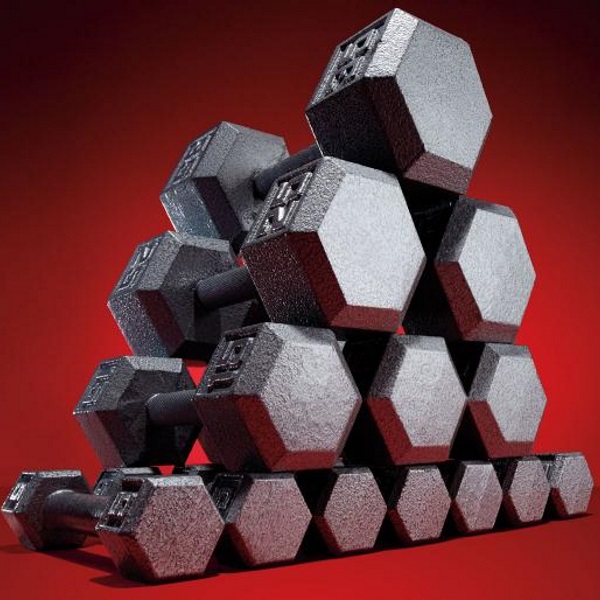 Pyramiding is the most popular training method in history—but are you getting the most out of it? Probably not.

Arnold did them. Physique models do them. You’ve done them, too, whether you realized it or not at the time.

Yes, if there’s one skill likely to be found in most gymgoers’ repertoires—besides posing their biceps in the mirror afterward—it’s pyramiding. Undoubtedly the most intuitive way to train, pyramiding usually means starting with light weight and doing high reps (usually 12–15), then increasing the load and reducing the reps. Sets usually total four or five, and reps typically descend from 12 to 10, eight, six, then four. As the weight goes up, the reps go down—which, if you visualize it, makes a pyramid shape.

The advantage of the classic pyramid is that the warmup is built in. The first, higher-rep sets prepare your body to handle the heavier sets safely. And as you tire, you do fewer reps, so it’s a very natural way to train. Pyramiding also exposes your muscles to a wide range of reps, which trains all types of muscle fibers for optimal growth.

But surprisingly, as good as it sounds on paper, pyramiding this way isn’t the best strategy for most people. You’re about to learn how to make this ancient training idea more relevant—and effective—than ever.

THE PROBLEM WITH PYRAMIDS

The main drawback to pyramiding is the fatigue it produces. “If you’re doing sets of 12 down to two,” says Don Saladino, a NYC trainer to celebrities and athletes (driveclubs.com), “by the time you get to the double, you’re smoked.”

In that case, says Saladino, “your loads are so close together, you’re not getting the effect you think you are.” You’re too tired to lift what you could normally do for six reps once you get there, thereby reducing the challenge to your muscles.

THE NEW ARCHITECTURE OF MUSCLE

A better way to pyramid, for regular guys and beginners in particular, is to focus on the weight, not the reps. Saladino likes another classic routine, five sets of five, for these purposes. Do five sets total, gradually increasing the weight you use until you arrive at the heaviest load you can complete five reps with. This approach gives you the volume to make size gains but also practice handling heavier weights so you can build a base of strength. Because all the sets are low rep, you don’t burn out before you reach the most challenging load.

Another option is to do what’s commonly called a reverse pyramid. Here, you warm up and then do your heaviest set first, followed by a few lighter sets for higher reps. “You could do two feeler sets,” says Saladino, which are light but low rep to prepare your body for heavy weights, “and then do work sets of two reps and four reps. Then back off with sets of six and eight.”

Still a third type of pyramid is a combination of the classic ascending version and the reverse style. Start with light weights and higher reps and work up heavy, then back off to high reps again. A 2012 study from the University of Guilanin Iran examined the effect of an ascending and descending pyramid model versus a reverse pyramid on wrestlers. One group who used the former approach made slightly greater gains in bench-press strength, while those who did the reverse pyramid experienced a bit more growth in leg muscle size. The researchers concluded that “both training models were suitable for increasing strength, endurance, muscle mass, and muscular power…However, if the aim is increasing strength along with increasing muscular endurance, the model is more appropriate.”

Saladino also cautions that going up and down a pyramid is more work than most people need. If you miss your target number of reps on any set, end the exercise.

Choose the one that suits you best, or try them all: