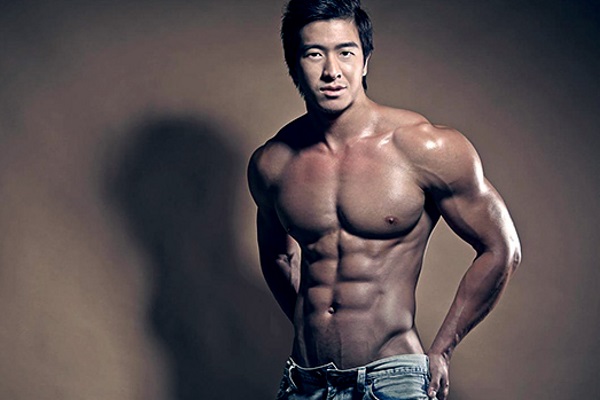 The Truth About Meat, Rice, and Soy
First it was Colin Campbell telling us the Chinese are healthier because they eat less meat… even though an unbiased review of his data in the American Journal of Clinical Nutrition found zero association between animal foods and cancer. Then it was soy marketers telling us we could stay heart disease-free like the Japanese by swapping tenderloin for tofu… despite their average daily intakes of less than 13g per day.

Now it’s nutrition experts telling us Asians are healthier because they eat a lot of rice – this based on studies finding greater metabolic improvements with a typical Asian diet compared to a typical Western one. But claiming it’s the rice is like saying Italians are healthier because of pasta. It’s not one food making the difference. Rice may be a viable option for replenishing muscle glycogen, and a better option than pizza or cake, but don’t go thinking it’s making you any healthier or it’s more nutrient-dense than a sweet potato.

Some Asian cultures are now experiencing drastic increases in obesity and diabetes since the introduction of Big Gulps and Big Macs. So what can we really learn from all this? Here are the healthy habits and preventative practices in traditional Asian culture that can have an effect on your long-term health.

1 – Traditional Asian Cultures Eat Fish (Almost) Every Day
Protein and nutrients aside, the biggest benefit to eating fish is the omega-3 fatty acids. Fish gives our brain and body the DHA and EPA it needs, and keep us on the anti-inflammatory side of the omega-6:3 ratio helping prevent chronic inflammation and the chronic disease that supersedes it. Asian culture has continued to treat fish as the dietary staple it’s always been, something North American culture seems to have forgotten.

2 – They Eat The Whole Animal
Unlike the boneless, skinless, flavorless Costco boxes of chicken breasts, the Southeast Asian cooks waste nothing, using the bones and innards to make soups and finding a way to incorporate the feet, necks, tendons, tails, and heads where possible. This provides a healthy dose of fat-soluble nutrients, collagen, gelatin, cartilage, and beneficial bacteria. Frequent soup consumption is also associated with better hunger and satiation signaling (think leptin), which corresponds to lower levels of obesity.

3 – They Make Seaweed a Staple
Although it’s historically vegetarians reaching for seaweed, kelp, nori, and wakame in hopes of getting the essential nutrients missing in their diet, all of us should be, mainly because it’s one of the only legitimate sources of iodine. While the Japanese are scarfing down seaweed snacks and sushi rolls, hitting 3,000-5,000 micrograms, we’ve resorted to adding iodine to table salt and getting barely 200 micrograms per day. Since iodine deficiency directly affects the thyroid, it’s easy to see how this could pose a problem, not only because we don’t eat seaweed but because many dietary guidelines are still telling us to limit salt.

4 – They Don’t Make Wheat a Staple
Whether you’re on the gluten-free train or not, there’s something to be said about excess wheat consumption. The Chinese and Japanese eat very little of it, with egg or rice-based noodles having a higher prevalence and flour only being used in small amounts. Many think Asians are healthier because they eat more rice, but in reality Asians are healthier because eating more rice makes them eat less wheat.

5 – They Eat More Fermented Food
The fermentation process removes plant defenses and adds good bacteria to the gut. It’s common in Southeast Asia to ferment the soybean into miso, natto, tempeh, and tamarai, which removes most of the toxic properties. Fermenting cabbage to create kimchi and fermenting tea to make kombucha is also a regular practice. Both supply beneficial bacteria to the gastrointestinal tract, similar to the probiotic pills we use in North America.

6 – They Generally Avoid Sweets
Prior to the 21st century, Asians were consuming minimal sweets. Water and tea were the go-to drinks, and the only fructose consumed was coming in the form of fibrous fruit – which tended to be reserved for the occasional dessert. Too much fructose may even have addictive properties that make us eat more and want more.

7 – They Regularly Use Herbs & Spices
Asian’s seem to have a better grasp on the health benefits of the different herbs and spices. Without going full-blown Dr. Oz here, the rosemary, thyme, cayenne, sage, garlic, cinnamon, turmeric, and cumin in your spice cabinet have a tremendous number of health benefits including, but not limited to, increasing metabolism and circulation, reducing blood pressure and cholesterol, helping with digestion, and improving insulin sensitivity. They’re also anti-inflammatory, anti-microbial, anti-fungal, and contain a heavy dose of antioxidants. Your ranch dressing probably doesn’t.

8 – They Prioritize Healthy Digestion
In Asian culture, eating is an event, not a race. And eating slow is a practice, not a problem. Generally, tea is consumed 30-60 minutes before a meal to prep the stomach, chopsticks are used to ensure it’s a slow process, and eating to half full is encouraged. Contrast that to North America, where preparation time is as short as possible, a shovel is used for maximum uptake per second, and it’s common to feel unsatisfied if you’re not uncomfortably full.

9 – They Walk and Squat Daily
North Americans take fewer steps than the rest of the world, and at one point (pre 1990) the Chinese were doing more walking and performing more heavy labor than most countries. This not only kept them healthy and fit, but it made a case for why they’ve been able to tolerate a higher-carb, rice-dominant diet.

The other thing that’s gone extinct on our side of the world is the daily deep squat. Unlike Asian culture, we opted for the high-boy throne as opposed to the traditional crap-in-the-hole technology, which not only makes us less loose and limber in the knees and hips, but makes for a less than pleasant (and potentially less than healthy) elimination experience. A study from the journal Digestive Diseases and Sciences in 2003 found that those going number two in a full-squat experienced full bowel emptying after a duration of 50 seconds on average, while those using a toilet had a “less satisfactory experience” that took nearly three times as long.

10 – They Focus Medicine on Prevention
Where Western medicine quickly treats with antacids, antibiotics, NSAIDs, and statins, traditional Chinese and functional medicine attempts to get to the root of the problem using nutrition, healthy habits, and prevention practices.

Traditional Chinese medicine doctor Sun Simiao believed the skills of a great physician were wasted if one did not consider the foods his or her clients were eating and the lifestyle they were practicing. Asians recognize that health and wellness extend far beyond eat-sleep-lift-repeat. And it’s why they practice meditation, martial arts, and other calming daily rituals that clear the mind and strike a balance between yin and yang. Maybe you should too.