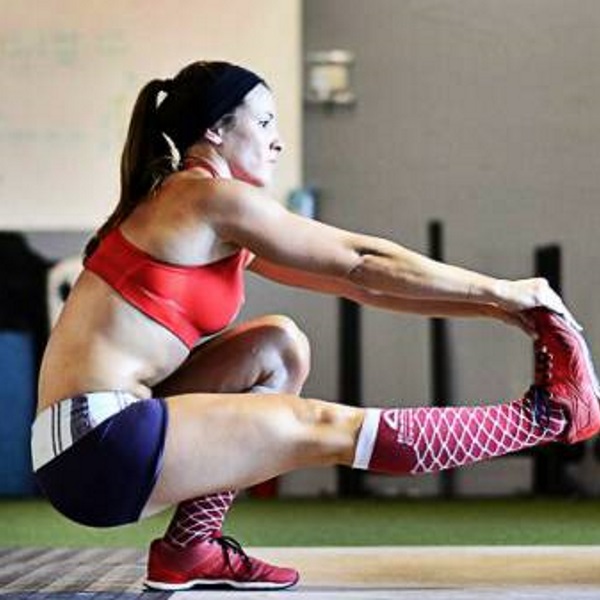 You’re behind the wheel of the most powerful machine on the planet: the human body. Has anybody taught you how to use it most effectively? No matter your sport, movement matters. Today I want to share how you can upgrade your body’s hardware and software. Think of it as the blueprint for better movement.

If this machine is going to run smoothly, we need to make sure all of its systems are functioning. But before we do that, we need to answer a fundamental question: what is movement?

The Brain and Body Connection

We’re here to move better, right? So what exactly is movement? How do we account for everything, from trail running, to tree climbing, to yoga, to CrossFit – all in one working definition?

I like to break it down and say that we have software (the nervous system) working with hardware (the musculoskeletal system). It’s not a perfect model, but it gets us moving in the right direction.

Movement is a concerted effort of the nervous, muscular, and skeletal systems.

Practicing slow, complex movements like a pistol squat will lead to gains in motor control.

How Does It Work?

We’re essentially a system built from other systems. Because of this, understanding how things work can get a little tricky. For a long time, we thought movement was essentially a top-down process. The brain was seen as the boss, giving commands down a one-way road. These commands were dubbed “motor programs” by an early motor control researcher, Steven Keele.1

The problem with this idea is that it can’t account for the infinite variety of human movement, or for the rapid-fire adaptability of the body in motion.

A more recent hypothesis is that our movements are essentially self-organized, much like an ant colony or a murmuration of swallows. This fits nicely with our concept of the nervous system as software working in tandem with the musculoskeletal hardware. The body and brain are in constant dialogue, speaking the language of sensory-motor feedback.

This idea of brain-body conversation was developed into a theory of motor control called the Model of Constraints.2 It can be pretty hard to get a handle on, but in essence it means during any movement, the software will take the most efficient path that it can, within the confines of the hardware.

Say you want to reach to the top shelf, but suffer from massive shoulder impingement. That’s a pretty severe hardware limitation, so the nervous system will make adjustments and compensations. Or say you’re perfectly healthy, but have never attempted to juggle. You’ll likely drop the balls numerous times as your software attempts to learn a new movement.

If we return to our original goal of better movement, a logical application of this model is to reduce constraints and get out of our own way. Remember, the body’s goal is energy efficiency whenever possible. With this in mind, we have two main routes we can take: improve the software, or improve the hardware. Let’s look at each in turn.

Our software, the nervous system, loves safety, function, and variety. If we want to improve its performance, we can begin by exploring these neuro-cravings. Somatic educators have been using the constructive resting position for decades to effectively hit “reset” on the nervous system. It’s a fantastic way to begin to cultivate awareness in the body, tuning in to that sensory language.

Another simple way to tap into function is to dramatically slow movements down. This is a staple in disciplines like the Feldenkrais method, as slow movement helps us become more aware of what’s going on in the body during the movement. We have to own the movement slowly before we speed it up.

The benefit of varied, complex movement is that it gives us more options. It provides the nervous system with more kinetic experience to draw from, helping us develop a broader repertoire of reflexive movement. When you comfortably own a slow movement, begin to explore variation in that movement. Does your squat feel different with a wider or narrower stance? Does the direction of ankles affect your movement? The more variety we explore in practice, the more prepared we are for the inherent unpredictability of movement in a complex system.

Put these principles into practice:

Improving the hardware of the body can take many forms. We can simplify it by saying that the goal of any hardware upgrade is improving the mechanical efficiency of the joints. Every movement is built on joint movement, first and foremost. When we improve joint function, we remove physical constraints from the system, allowing for more efficient movement.

For some individuals, this hardware improvement may be an external focus, such as soft tissue manipulation or chiropractic adjustment. For others it may make more sense to explore systems-specific methods such as Functional Range Conditioning, yoga with a knowledgeable instructor, and the like. No matter the approach, there should be measurable improvements in mechanical efficiency. And when mechanical efficiency improves, motor control can improve as a natural consequence.

For an example of how to give your hardware an upgrade, check out this quick video. Keep in mind that it is a sped-up example. In real-time you’ll go through 3-5 slow, controlled rotations of each joint in the body. Think: if it can move, move it.

In this video, you can see a joint-by-joint mobilization:

Each of these movements is slow and controlled, reaching through the full range of motion at that joint.

So What Have We Learned?

Movement depends on coordination of brain, brawn, and bone. The brain and body work in beautiful harmony when conditions are right. Through constant sensory-motor dialogue, the nervous system acts as malleable software, pursuing efficiency within the constraints of musculoskeletal hardware.

If we want to move better, we can take a two-sided approach. Improving our software through slow, mindful movement can lead to gains in motor control. Hardware improvement can also improve control by removing constraints on the system. A smarter approach to better movement will necessarily take both approaches into account.