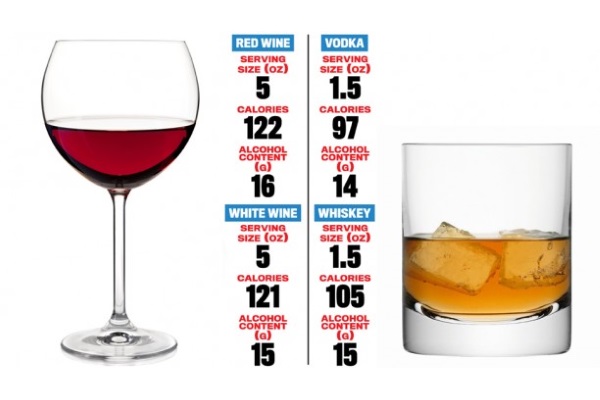 Which booze is acceptable for bodybuilding?

One of the misconceptions about why alcohol is bad for a bodybuilder’s diet is that it’s high in carbs. Truth is, many forms of booze are quite low in carbs. Some red and white wines have less than four grams of carbs per serving (five ounces). And vodka and whiskey are examples of hard alcohol with less than one gram of carbs per jigger (1.5 ounces). Even light beers contain few carbs.

What booze is high in is—you guessed it—alcohol. It’s an infrequently mentioned fact that alcohol is actually a fourth macronutrient. Each gram of alcohol contains seven calories, and that’s where you find the preponderance of calories in wine and firewater. Of course, mixed drinks gain calories and carbs from what’s added to hard alcohol.

The issue with the calories in alcohol is that they are metabolized very quickly. You probably recognize that from experience if you’ve ever had a stiff drink on an empty stomach. These calories are then readily converted to stored fat when you don’t burn them for energy—which you’re not likely to do if you’re planted on a bar stool throwing back a few.

The questions for bodybuilders, then, are: What amount of alcohol is acceptable, and what type is best? Here’s a quick overview of the numbers:

FLEX recommends getting in the healthful nutrients that red wine contains compared with the minimal trade-of in calories and carbs for a neat vodka or whiskey, which have few nutritional benefits. Keep in mind that one alcoholic drink per day of any type may provide health benefits compared with abstinence, and that three to five cocktails in an hour can make you feel as strong as Mr. O while almost certainly trashing your diet. – FLEX