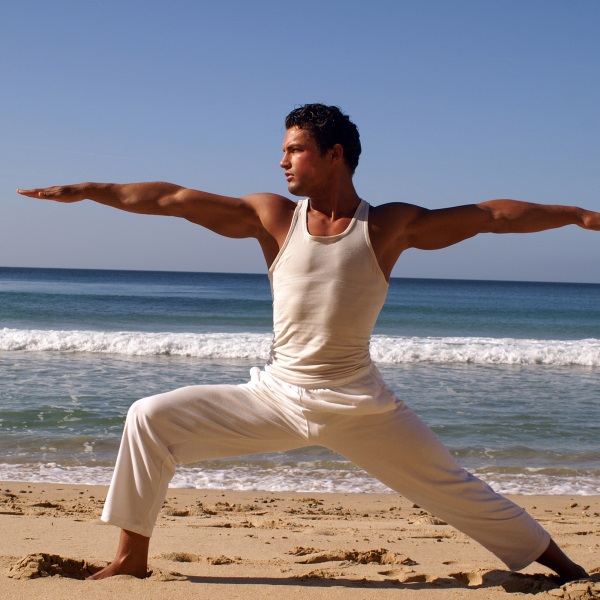 In recent years I have stated, “if you can do yoga – you don’t need to.”

I can hear the yogaphiles beating at their keyboards already, denouncing me for having no idea what I’m talking about. Beat away. In the meantime, I’m going to explain why yoga can have no benefit for a performance athlete.

Yoga should give an individual more ownership of their body, not a lesson in how to cheat their way into positions they can’t sustain. Those who handle yoga poses well have the requisite tissue flexibility, joint mobility, stability, and motor control to do so and so reap the full benefits. For athletes without the flexibility it fundamentally requires, the benefits of a yoga prescription can be limited.

The Problem with Yoga for Most Athletes

How have I reached this conclusion? If you haven’t read my bio, you won’t know that I have provided performance physical therapy services to the best martial arts and gymnastics athletes in China, and have also conducted yoga classes for elite handball and volleyball athletes. I understand fully how to use yoga to address an individual’s movement, nervous system, and breathing requirements. In practice, I have noticed that the most favourable changes in yoga practice only occur in athletes who already possess a decent range of motion.

For example, my athletes in gymnastics and martial arts seemed to take to yoga very well, as their sport requires a certain focus on movement. Conversely, the field-based performance athletes brought their training-induced restrictions to the same movements, often achieving positions by giving up stability somewhere else because they lacked the appropriate mobility. Let’s look at this movement compensation in a bit more detail.

Here’s the thing. Great yoga practice only occurs when a task and environment facilitates a position or movement where breathing is challenged, but not difficult. A challenging task is a task pitched just beyond our level of skill that causes us to rise and meet it. A difficult task is a task that far outlies our skill set. If we complete a difficult task, it doesn’t enhance our skills – it just forces us to compensate around our deficiencies. Breathing with difficulty may teach the performance athlete a skill in compensating, but yoga is not about being a better compensator.

“Yoga is not a conditioning practice, unless your athletic endeavour is yoga, or at least a yoga-like activity.”

Yoga is about being a better breather and mover, and most athletes are supposed to move more freely and have better stability in some joints more than others. If they run out of free motion somewhere and try to keep moving beyond that limitation, it follows that they have to give up range of motion somewhere else to do so. With this in mind, we need to ask whether allowing athletes to attain yoga positions by getting looser in the wrong areas of their body is appropriate. I can’t see it being right.

Correction is defined as a change that rectifies an error or inaccuracy. And it’s true, yoga is a great corrector of breathing and movement control with its challenging postures.

The underlying joint and tissue compliance highlights reflexes that allow for errors in movement to be detected – but only in athletes where tissue flexibility and joint mobility is already present. So its corrective benefits for the less mobile athlete are debatable.

A general principle to apply when wondering whether an activity is a correction or a conditioning activity is this: if they specialize in the technique of the activity, they are conditioning. If not, they are just correcting.

Should more immobile athletes keep attempting yoga? No. In my opinion, these individuals are better off dialing their positions right back and getting their mobility restrictions reset with the help of self-care or professional techniques.

This article was originally published on Breaking Muscle AU.