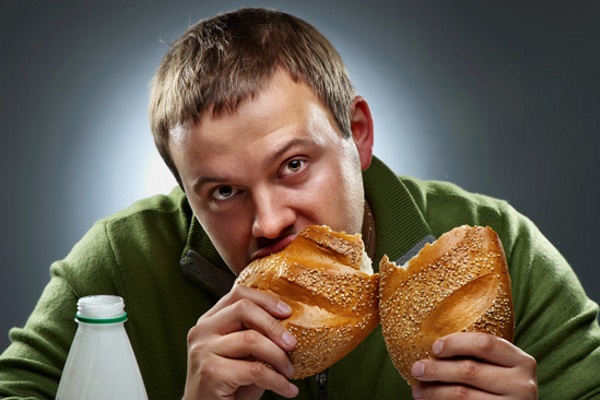 Not all carbs are the same.

Many whole foods that are high in carbs are incredibly healthy and nutritious.

On the other hand, refined or simple carbs have had most of the nutrients and fiber removed.

Eating refined carbs is linked to drastically increased risk of many diseases, including obesity, heart disease and type 2 diabetes.

Almost every nutrition expert agrees that refined carbs should be limited.

However, they are still the main source of dietary carbs in many countries.

This article explains what refined carbs are, and why they are bad for your health.

What Are Refined Carbs?
Refined carbs are also known as simple carbs or processed carbs.

There are two main types:

Refined carbs have been stripped of almost all fiber, vitamins and minerals. For this reason, they can be considered as “empty” calories.

They are also digested quickly, and have a high glycemic index. This means that they lead to rapid spikes in blood sugar and insulin levels after meals.

Eating foods high on the glycemic index has been linked to overeating and increased risk of many diseases (1, 2).

Sadly, sugars and refined grains are a very large part of the total carbohydrate intake in many countries (3, 4, 5).

They are also added to all sorts of processed foods.

Bottom Line: Refined carbs include mostly sugars and processed grains. They are empty calories and lead to rapid spikes in blood sugar and insulin levels.

Refined Grains Are Much Lower in Fiber and Micronutrients
Whole grains are very high in dietary fiber (6).

The bran and germ are the most nutritious parts of whole grains.

They contain high amounts of many nutrients, such as fiber, B vitamins, iron, magnesium, phosphorus, manganese and selenium.

During the refining process, the bran and germ are removed, along with all the nutrients they contain (9).

This leaves almost no fiber, vitamins or minerals in the refined grains. The only thing left is rapidly digested starch with small amounts of protein.

That being said, some producers enrich their products with synthetic vitamins to make up for some of the loss in nutrients.

Whether or not synthetic vitamins are as good as natural vitamins has long been debated. However, most people will agree that getting your nutrients from whole foods is always the best choice (10).

Diets high in refined carbs also tend to be low in fiber. Low-fiber diets have been linked with an increased risk of diseases like heart disease, obesity, type 2 diabetes, colon cancer and various digestive problems (11, 12, 13).

Bottom Line: When grains are refined, almost all the fiber, vitamins and minerals are removed from them. Some producers enrich their products with synthetic vitamins after processing.

Refined Carbs Can Drive Overeating and Increase the Risk of Obesity

A large portion of the population is overweight or obese. Eating too many refined carbs may be one of the main culprits (14, 15).

Because they are low in fiber and digested quickly, eating refined carbs can cause major swings in blood sugar levels. This can contribute to overeating (16).

Blood sugar levels drop about an hour or two after eating a meal high in refined carbs. This promotes hunger and stimulates parts of the brain associated with reward and craving (18).

These signals make you crave more food, and are known to cause overeating (16).

Long-term studies have also shown that eating refined carbs is linked with increased belly fat over the course of five years (19, 20).

Furthermore, refined carbs may cause inflammation in the body. Several experts have speculated that this may be one of the primary dietary causes of leptin resistance and obesity (21, 22).

Bottom Line: Refined carbs cause rapid spikes in blood sugar and insulin levels, and only make you feel full for a short time. This is followed by a drop in blood sugar, hunger and cravings.

Refined Carbs May Increase the Risk of Heart Disease and Type 2 Diabetes
Heart disease is incredibly common, and currently the world’s biggest killer.

Studies show that a high consumption of refined carbs is linked with insulin resistance and high blood sugar levels. These are some of the main symptoms of type 2 diabetes (14, 26, 27).

Refined carbs also increase blood triglyceride levels. This is a risk factor for both heart disease and type 2 diabetes (28, 29, 30, 31).

One study in Chinese adults showed that over 85% of the total carbohydrate intake came from refined carbs, mainly white rice and refined wheat products (32).

The study also showed that people who ate the most refined carbs were two to three times more likely to get heart disease, compared to those who ate the least.

Bottom Line: Refined carbs may increase blood triglycerides, blood sugar levels and cause insulin resistance. All of these are major risk factors for heart disease and type 2 diabetes.

Some carbohydrate-rich, whole foods are extremely healthy. These are great sources of fiber, vitamins, minerals and various beneficial plant compounds.

Unless you are following a carb-restricted diet, there is absolutely NO reason to avoid these foods just because they contain carbs.

Here is a list of 12 high-carb foods that are incredibly healthy. http://authoritynutrition.com/12-healthy-high-carb-foods/

Take Home Message
For optimal health (and weight), try to get the majority of your carbs from whole, single ingredient foods.

If a food comes with a long list of ingredients, it is probably not a healthy carb source.