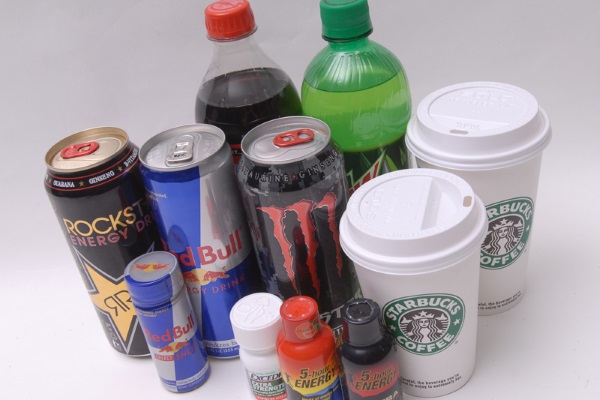 Today, I’ve got a somewhat personal story to share with you – and there are several great lessons at the end, so be patient as you read through!

As many of you know, the fall/winter of 2014-15 was a crazy time period for the Cressey family. First, in early September, my wife and I moved to Florida to prepare for the opening of our new Cressey Sports Performance facility in Jupiter, FL. After months of planning, the facility finally opened up in early November.

It wasn’t very easy to just open up shop in another state without regular trips back to Massachusetts to check in on the facility and our house. This took place on top of my normal responsibilities both in the gym and in managing my online presence and consulting business. And, I continued to train hard in the gym myself.

To make things a bit more complex, this move took place while my wife was pregnant…with twins. Their original due date was December 17, but they decided to arrive about three weeks early on November 28. They’re both doing great, but early on, there was some time in the neonatal intensive care unit (NICU) for supplemental oxygen and feeding tubes.

Needless to say, there were a lot of long hours over the fall and winter. While I’m accustomed to long hours, I was not accustomed to doing these long hours with only 2-3 hours of sleep per night thanks to newborn twins.

I often tell our athletes that with programming and training, you can’t just keep adding. If you put something new in, you usually have to take something else away. And, if you absolutely insist on adding without taking something away, then you better be ready to really dedicate yourself to recovery modalities, whether it’s massage, naps, or a host of other options. There was no time for any of that stuff, though. What was there time for?

Caffeine – and a lot of it.

Each morning, I’d drink a pot of coffee. As I recall, the half-life of caffeine is about eight hours if you don’t exercise – and it held pretty true, in my case. My morning caffeine would usually wear off in the early afternoon after I was done training our pro crowd. Stubbornly, I refused to pare back on my training volume, so 4-5 days a week, I’d also crush an energy drink around 3pm to get ready to lift. The pick-me-up would often work. I’d have a good training session here and there that would remind me that I “still had it.”

Not surprisingly, I’d crash and burn and have a horrible 4-5 days of training after a session like this. The “ups” were still pretty “up,” but the “downs” were a lot longer and harder to bounce back from. You can’t display your work capacity if you can’t leverage your recovery capacity, and I had none.

Early in the spring, things started catching up to me. I was down about 10 pounds since the girls had been born, and wasn’t any leaner. My strength had started to fall off pretty quickly, and I wasn feeling pretty banged up in the gym. Most significantly, I was starting to get sick pretty regularly – and I almost NEVER get sick.

In early May, I gave a weekend seminar that also included a 5-6 hour Friday presentation, so I was on my feet talking for about 30 hours over the course of three days. On the way home, my flight was delayed, and I didn’t get back to my house until about 3am. I woke up the next morning feeling horrible, and actually wound up going home sick from work the next day. It was right then that I knew I needed to fix things.

The next morning, I went to 50/50 regular/decaf coffee, and cut out all caffeine for the rest of the day. What happened next absolutely stunned me.

For about 3-4 weeks, I felt absolutely horrendous. I’ve heard of caffeine withdrawals coming in the form of a headache (and I certainly had one), but that was just the tip of the iceberg for me. Every joint in my body hurt. I was waking up with cold sweats – and going through 2-3 shirts – every single night. I was so exhausted by the end of the day that I was going to bed by 8pm on 2-3 days per week. It was literally like I had the flu for an entire month. As a final kicker, I was waking up every morning around 4am with a raging headache that would only go away 10-15 minutes after my first sip of coffee – so it wasn’t possible to just “sleep it off.”

Not surprisingly, my training was terrible during this month. I pared back to 3x/week lifting, and my only “off-day” activity was walking with my wife and daughters.

Caffeine might not be heroin, cocaine, or even nicotine, but it is absolutely, positively a drug.

I can only imagine what serious, long-term drug abusers go through when they try to kick a habit – because I’ve got a high pain tolerance and a lot of patience, and those four weeks sucked!

Fortunately for you, though, there are some invaluable lessons to be learned from my story.

I mustered up “fake energy” to have average training sessions for 2-3 months – and in the process, put myself in a position where I had terrible sessions for a month on the tail end. It’s better to be “consistently good” throughout the year.

2. This is what a lot of young athletes do!

I see a lot of diet logs from teenage athletes, and they usually leave a lot to be desired. Most kids drink too many sports drinks and sodas, and consume too little water. Fruits and vegetables are sorely lacking, and there are enough processed carbs to sink a battleship – and certainly no healthy fats to keep things afloat.

In spite of all these shortcomings, a lot of young athletes are on a constant search to find a “better pre-workout.” Maybe, just maybe, the pre-workout wouldn’t be necessary if these athletes were eating right and sleeping sufficiently.

It’s one thing for a stressed-out 34-year-old entrepreneur with newborn twins at home to go down this path. It’s another thing altogether for a resilient, untrained 16-year-old to think that he needs stimulants to be able to perform in the weight room or on the field.

3. Coffee is a slippery slope.

Ever have that friend who set out with good dietary intentions, but found ways to justify bad food choices?

You can justify absolutely anything you want. With coffee, we know there are potential health benefits with respect to type 2 diabetes, Parkinson’s, Alzheimer’s, cardiovascular health, certain types of cancer, and many other facets of health. Of course, this assumes moderation. Drinking a gallon of caffeinated coffee per day isn’t going to give you extra protection against problems in these areas. Furthermore, don’t expect the same health benefits of coffee to extend to crushing an energy drink or Mountain Dew to get a quick pick-me-up. 4. We need to be very careful about glorifying caffeine, regardless of form.

For some reason, in the fitness industry, caffeine gets a lot of love because it’s been proven to improve performance in a number of physical challenges, from strength and power events to endurance sports. Some of those benefits can be reduced when an athlete has become desensitized to caffeine from habitual use, though.

Not surprisingly, though, we’re seeing more and more athletes – and fitness professionals, too – who are crushing energy drinks throughout the day. They’re always firing up their sympathetic nervous systems and staying in perpetual “perform” mode when they should be able to tone it down and switch to recovery mode.

I find it interesting that a simple cup of coffee can be viewed as a morning routine, ergogenic aid, and social beverage – and that probably explains why so many people consume caffeine to excess. They want it for all three of these things every single day.

Keep in mind that I’m preaching moderation in caffeine consumption, not complete abstinence. I’m still drinking coffee every morning and have no plans to eliminate it.

5. Stress is stress, whether you “feel” it or not.

If you’d asked me how I felt in December and January, I would have said “surprisingly good.” I’m a guy who never gets too up or down, so in spite of my Type A personality, I rarely actually feel “stressed.” Interestingly, in what was one of the most physiologically stressful times of my life, I pretty much powered through it (with the help of way too much caffeine) without feeling too awful. Obviously, eventually it caught up to me. With our athletes, we need to recognize high levels of stress sooner so that we can tone down training and add in more recovery modalities.

6. It’s very easy to forget what it’s like to actually feel good.

I’ve been taking my training very seriously for about 15 years now, so I like to think that I’m pretty in tune with how my body is feeling.

Additionally, I work with a lot of high-level athletes, particularly baseball players. Most elite athletes have incredible kinesthetic awareness and can sense when little things are “off.”

Interestingly, though, it’s not uncommon for athletes to get into “funks.” We see MLB pitchers struggle with repeating their mechanics in spite of the fact that they’re in the top 0.001% of people who play the game of baseball worldwide. We also see athletes who have annoying injuries that linger for extended periods of time and really change the way that they move. Small hinges can swing big doors – and sometimes you don’t even recognize when the door is wide open.

I felt pretty darn bad for 4-5 months, but was able to tune it out because there were parenting and work responsibilities that had to get done. And, there was no way I was missing training. So, I effectively convinced myself that I felt fine. What can I say? Otherwise intelligent people often make really bad decisions when it comes to managing their own health, as it’s hard to emotionally separate yourself from the situation like you would with a client or friend.

It took a few days of feeling really awful to snap me out of it. Two months later, I’m feeling a heck of a lot better and am back to have great training sessions. It was a great learning experience – and something that will definitely impact the way I interact with our athletes – but certainly not an ordeal I’d wish on anyone!

Hopefully, next time you reach for that third cup of coffee or mid-afternoon energy drink, you’ll think twice – and recognize that you’re probably only doing so to mask a short-sighted decision in another aspect of your life.