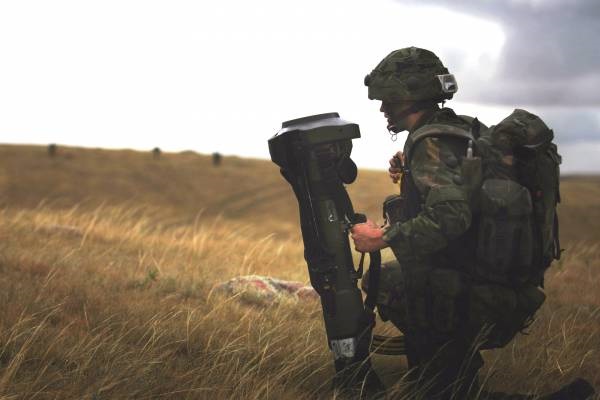 Boot camps are an attempt to replicate the demands of military training. They are accessible to anyone and everyone. But what does it really take to become part of the British Army (or the military of any country) ? Does a boot camp address the demands placed upon a potential recruit, and does this training prepare an individual to undertake the military way of life?

The answer is no. There is one key element missing, not just from boot camps, but from a variety of training methods used by individuals wanting to pursue a military career. But before we come to what that is, let us examine the fitness level required to join the military.

The Three Elements of Selection

Note: These three requirements are specific to the British Army, so be sure to research the specifics of the selection process for your branch of the military.

Although running is an integral part of being selected to join the Army, it is by no means the only method of training that should be utilized. Potential recruits are subject to a strict interview and selection process. There are three key elements of the initial fitness testing:

Most people don’t have a problem with the first two elements. Where it breaks down is the 2.4km best effort run. Second to standing completely naked in front of a stranger (this becomes oddly normal over the years for military members), the run element of selection is one of the most nerve-racking processes during the two-day interview.

“The underpinning reason for failure is that potential recruits just didn’t cut it. They were either beaten mentally through the pressure or physically through exhaustion or injury.”

I’ve heard all sorts of excuses, from “I have a cold” to “I’m missing a sock” (seriously, this happened). But let’s not sugar coat this. The underpinning reason for failure is that potential recruits just didn’t cut it. They were either beaten mentally through the pressure or physically through exhaustion or injury.

The required times are not particularly challenging. They barely represent any form of specificity to a combat environment. What this test does is allow for the Army to set a standard that is gender fair and that can easily be replicated. It also enables us as physical training staff to see who really wants it. This a job interview, after all.

These initial screenings will set you up for success later in your career.

Why You Need to Lift

If you are considering a career as a tactical athlete (and these men and women are indeed athletes in their own right), then you need to lift weights. The humble stress fracture is the most common pathology for young men and women going through training. Stress fractures are small fractures found on the tibia. They are painful and a potential career staller.

“Although I applaud those who run over 10km daily, test the 2.4km run weekly, and hammer themselves at a local boot camp, they are ruining their chances. These individuals are preparing to fail.”

Stress fractures tend to be a result of not adequately preparing. Although most recruits have run before attending training, they are not accustomed to the volume. They are not familiar with how to correctly approach their training and minimize risk of injury while maximizing physical prowess.

Although I applaud those who run over 10km daily, test the 2.4km run weekly, and hammer themselves at a local boot camp, they are ruining their chances. These individuals are preparing to fail. I have many such people break down and come to me for rehabilitation. They sit there in front of me, scared and teary eyed, wondering how they came to have a searing pain in their shin. Surely their hours and hours of beating the pavements leading up to recruit selection and training hasn’t played a major role in their demise?

Running is a repeated plyometric exercise. Later in military training, load will be added to this movement, so efficiency has to be pinned down before becoming a recruit. In order to improve efficiency and reduce risk of injury, we have to load our musculoskeletal system.

How You Need to Lift

The movement I always employ with my clients is the simple back squat. This movement not only improves the muscle strength of the lower limbs, but also benefits our skeletal system. By loading the lower limb musculature with what is referred to as the minimal essential strain (one tenth of the force required to fracture a bone), we can stimulate new bone formation throughout the lower limbs. This benefit, combined with the accompanying hypertrophic advantages leading to an increase in bone mineral density, could lower the risk of stress fractures and maximize your chance of completing training.1

“By loading the lower limb musculature with what is referred to as the minimal essential strain (one tenth of the force required to fracture a bone), we can stimulate new bone formation throughout the lower limbs.”

The squat is also a direct correlate to the motion of running. One screening tool used to safely assess plyometric capability is being able to squat 1.5 times your body weight for 1 repetition and perform 5 repetitions in 5 seconds at 60 percent of your body weight.1 These are the same markers I use when taking a patient through rehabilitation following a tibial stress fracture.

When preparing yourself for the 2.4km run, less is more. Combining the squat and its markers with a well-structured anaerobic training program will both improve your chances of becoming a soldier and reduce risk of injury along the way.

Training in a more anaerobic manner will not only shorten your training sessions, but will also elicit greater benefits, such as an increase in VO2 max and an increased resistance to fatigue.1 Plus you will look better naked due to an increase in muscle mass and decrease in fat.

Linear sprint work has been utilized successfully as an anaerobic method in the rehabilitation setting. This allows us to push the soldier hard without the repetitive striking of the lower limbs and with adequate rest periods.

This plan has provided proven results, including for the arduous Parachute Regiment selection cadre:

The above sessions can be run 3 times a week, with a test of squat 1RM and the 2.4km run test conducted every 8 weeks.

I have had proven results using this plan, including for the arduous Parachute Regiment selection cadre.

Set Yourself Up for Success

In summary, it is very easy to fail the Army fitness tests, no matter which country you reside in. The ways I have discussed to take your training to a superior level are used not just by tactical athletes, but also by major sporting clubs worldwide. These methods will not only test you physically, but mentally.

Remember, you’re training to save your life and the lives of others around you in combat. Don’t be the man or woman who compromises the patrol, or even worse, who never makes it out on patrol due to an injury that could have been avoided.