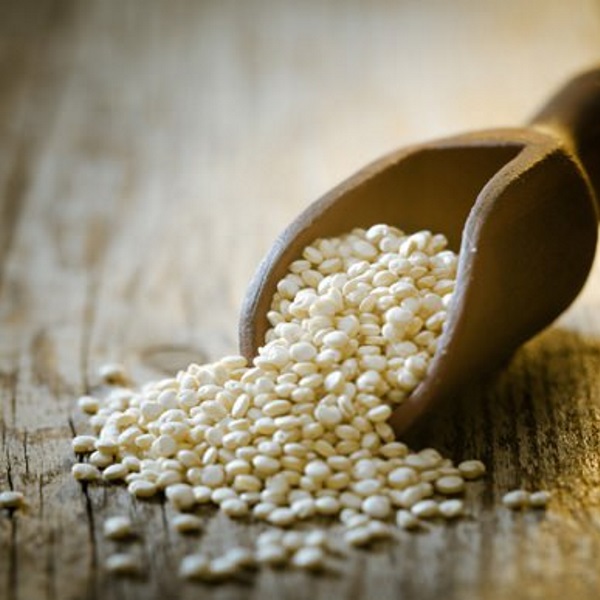 Quinoa is an ancient South American grain that was largely ignored for centuries.

Interestingly, it was only recently noticed by the rest of the world and hailed as a “superfood” due to its high nutritional content.

It is now considered a specialty food by foodies and the health conscious.

This article takes a look at what quinoa is, where it comes from and why it’s so good for you.

Quinoa (pronounced KEEN-wah) is the seed of the Chenopodium quinoa plant.

Botanically speaking, it’s not a grain. However, it’s often called a “pseudograin” because it’s similar in nutrients and eaten the same way as cereal grains (1).

Quinoa was first grown for food 7,000 years ago in the Andes. The Incas called it “the mother grain” and believed it was sacred (2).

Although it’s now grown around the world, the majority is still produced in Bolivia and Peru. It was largely unknown to the rest of the world until very recently (1).

Since then, it has experienced a huge surge in popularity because of its high nutrient content and health benefits. It is also easy to grow in a range of conditions.

In fact, the year 2013 was named “The International Year of Quinoa” by the UN because of its valuable qualities and potential to fight world hunger.

Quinoa is also popular because it’s a gluten-free grain. This means people with celiac disease, wheat allergies or those who avoid gluten can consume it.

Bottom Line: Quinoa is a seed classified as a pseudograin. Nutritionally, it is considered to be a whole grain and is also gluten-free.

However, the most widely grown types are red, black and white. There is also a tricolor variety, which is a mixture of all three.

Quinoa can also be rolled into flakes or ground into flour, which can then be used for cooking and baking.

White quinoa is the most commonly consumed variety, and is what you’ll usually find at the store. Interestingly, the different types also have varying nutrient contents.

A study examining red, black and white quinoa found that while black quinoa has the lowest fat content, it has the highest omega-3 fatty acid and carotenoid contents (3).

Bottom Line: There are many types of quinoa, but red, black and white are the most popular. They vary in both color and nutrient composition.

Quinoa Is Loaded With Nutrients

This grain is also popular because it’s very nutritious.

It’s packed with vitamins and minerals and contains more protein, fiber and healthy fats than other grains.

Just one cup (185 grams) of cooked quinoa is a great source of the following nutrients (4):

The same cup provides only 220 calories, in addition to 8 grams of protein, 4 grams of fat and at least 5 grams of fiber.

Adding quinoa to your diet is a great way to increase your daily intake of important vitamins, minerals and fiber.

Bottom Line: Quinoa is loaded with vitamins and minerals and contains more fiber and protein than most other grains.

Proteins are made of amino acids, which can either be made by your body or found in certain foods.

Nine of the amino acids are essential amino acids, meaning your body cannot produce them and you must get them from your diet.

Complete proteins contain all nine amino acids in significant amounts. While all animal sources of protein are complete, the majority of plant proteins are not. As a complete plant protein, quinoa is one of the exceptions.

This is one of its most unique qualities and makes it a very valuable source of protein, especially for someone whose diet is mostly plant-based.

While it’s possible to get all of the essential amino acids from a plant-based diet, it does require eating a variety of plant-based proteins.

Quinoa is especially high in lysine, methionine and cysteine, which are some of the amino acids that plant foods are frequently low in (5).

Bottom Line: Quinoa is one of the few plant proteins that is a complete protein. This means it contains all of the essential amino acids you need.

Many of these compounds may act as antioxidants, which means they can neutralize the free radicals that damage your body on the molecular level.

One study examined 10 types of grain from Peru. It found that quinoa had an antioxidant capacity of 86%, which was higher than all the other grains analyzed (7).

While all varieties of quinoa are high in antioxidants, the darkest seeds contain the highest amounts. This means black quinoa contains more antioxidants than white (3).

Also, sprouting the seeds can increase the antioxidant content even further (8).

Nonetheless, one study found that consuming 25 grams (just under 1 oz) of quinoa daily increased levels of the important antioxidant glutathione by 7% (9).

This shows that it really can help your body fight oxidative damage from free radicals.

Bottom Line: Quinoa contains beneficial plant compounds. Many of them act as antioxidants and protect your body from free radicals.

It May Improve Blood Sugar Control

Quinoa is considered to be a whole grain.

One large review found that consuming just 16 grams of fiber from whole grains per day was linked to a 33% lower risk of developing type 2 diabetes (10).

However, there aren’t many studies on the specific health effects of quinoa.

Nonetheless, one rat study found that it could reverse some negative effects of a high-fructose diet, including high blood sugar (11).

This could be because it contains phytoecdysteroids, which have been shown to lower blood sugar in mice (12).

It also appears to contain compounds that inhibit alpha-glucosidase, one of the enzymes involved in digesting carbs. This could delay the breakdown of carbs, causing a slower release of glucose into the blood stream (13).

Quinoa’s high fiber and protein content may also contribute to its positive effects on blood sugar. However, it is a grain and is still relatively high in carbs (7).

Quinoa may also have benefits for metabolic health, inflammation and more.

Quinoa is a good choice for people who have high blood lipids (cholesterol and triglycerides).

However, the effects were small, and it lowered the levels of the “good” HDL cholesterol too.

Another study compared quinoa and corn flakes. It found that only quinoa significantly reduced triglycerides, total cholesterol and LDL cholesterol (9).

This is preliminary, but suggests quinoa could help improve metabolic health.

Chronic inflammation is involved in a wide range of diseases, from type 2 diabetes to cancer and heart disease (15).

Although studies have not shown consistent results, a diet high in antioxidants is thought to help fight inflammation in the body (15).

Quinoa appears to be very high in antioxidants, yet may help fight inflammation in other ways as well.

Saponins are one of the plant compounds found in quinoa. They give it a bitter taste, and some people rinse or soak quinoa to try and remove this taste (16).

However, saponins also seem to have some positive effects. In addition to acting as antioxidants, they appear to have anti-inflammatory effects.

One study found that saponins could inhibit the production of pro-inflammatory compounds by 25–90% in isolated cells (16).

Read this article for even more information about the health benefits of quinoa.

It Does Contain Some Antinutrients

Certain foods, such as grains and legumes, contain antinutrients. Saponins, phytic acid and oxalates are the most common antinutrients found in quinoa (5).

However, quinoa is very well tolerated and antinutrients are not a big concern for healthy people with a well-balanced diet.

Saponins can have both positive and negative qualities.

On one hand, they have beneficial antioxidant and anti-inflammatory effects. Some saponins have even been shown to help reduce blood cholesterol levels (5).

However, saponins also have a bitter taste and can prevent the absorption of certain minerals, such as zinc and iron.

Some varieties are lower in saponins than others. Rinsing, scrubbing with water or soaking can also help reduce their levels if desired.

Oxalate is a compound found in several foods, including spinach, rhubarb and buckwheat. It can decrease the absorption of some minerals and can bind with calcium to form kidney stones (5).

While oxalate does not cause problems for most people, those who are prone to developing these types of kidney stones may want to avoid foods that are high in it.

Phytic acid is found in a range of foods, including nuts, seeds and grains (17).

It can also be both positive and negative. On one hand, phytic acid has antioxidant effects and can block kidney stone formation.

On the other hand, it can also block mineral absorption. This might raise the risk of deficiencies in an unbalanced diet.

Bottom Line: Like other grains and legumes, quinoa contains some antinutrients. However, they do not cause problems for most people.

How to Eat Quinoa

Quinoa is very versatile and easy to prepare. It has a nutty flavor and a chewy, fluffy texture. You can cook it just like rice, with two parts liquid to one part quinoa.

Simply bring the water to a boil, then reduce the heat and let it simmer for about 15 minutes. Fluff and serve.

Try using broth instead of water or adding different seasonings for even more flavor.

Watch the video below for a demonstration of how to cook quinoa:

Quinoa can be used like any other grain. It can be served plain, as a side dish or incorporated into other recipes. Quinoa flour can also be used in baking.

Here’s a list of some ways to enjoy quinoa:

Quinoa is a delicious whole grain packed with nutrients, fiber, protein and plant compounds. It has a unique flavor and is an easy way to add variety to your diet.

It’s particularly great for vegans, vegetarians and people on a gluten-free diet.

However, its impressive nutrient profile and health benefits make quinoa an excellent addition to any diet.