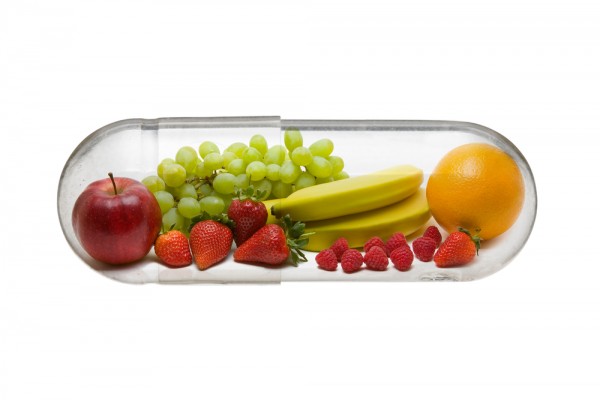 By By Steve Kanigher, I-Team Reporter

The Annals of Internal Medicine versus the Council for Responsible Nutrition doesn’t sound like a juicy Pay-per-view matchup but their debate over the usefulness of dietary supplements impacts a broad cross-section of Nevadans and other American consumers.

In one corner is the Annals, a publication established by the American College of Physicians. Annals editorialized in December 2013: “Enough is Enough: Stop Wasting Money on Vitamin and Mineral Supplements.”

In the other corner is the council, which represents major dietary supplement manufacturers. Two council executives opined in a response published in February 2014 by the Natural Medicine Journal that “multivitamins are one component of a healthy lifestyle and are a safe and effective way to fill nutrient gaps that are not met through diet alone.”

The referee is the Food and Drug Administration, which is charged with enforcing the Dietary Supplemental Health and Education Act of 1994. The federal agency has its own tips on the subject.

The Annals threw down the gauntlet after publishing a series of scientific reports in 2013 that downplayed the health benefits of supplemental vitamins and minerals.

One report found no evidence that healthy individuals with adequate diets could lower their risk of cardiovascular disease or cancer by taking “nutritional doses” of supplements.

Another study concluded that in men 65 and older, taking a daily multivitamin had no effect on slowing cognitive decline.

These studies led to the Annals editorial, which attracted considerable attention among scientists, physicians and dietary supplement manufacturers. The editorial stated that despite evidence showing supplements either provided no benefit or are potentially harmful, some 39 percent of U.S. adults were taking multivitamins by the middle of the last decade, an increase from 30 percent in the late 1980s and early 1990s.

The volume of Americans taking not only multivitamins but any dietary supplements likewise increased from 42 percent to 53 percent, helping the U.S. supplement industry grow its annual sales to $28 billion by 2010, Annals reported. The editorial’s co-authors included Dr. Cynthia Mulrow, Annals’ senior deputy editor.

“Evidence is sufficient to advise against routine supplementation, and we should translate null and negative findings into action,” the editorial stated. “The message is simple: Most supplements do not prevent chronic disease or death, their use is not justified, and they should be avoided.

“This message is especially true for the general population with no clear evidence of micronutrient deficiencies, who represent most supplement users in the United States and in other countries.”

But that editorial was termed “alarming” by Douglas MacKay and Andrea Wong, vice presidents of scientific and regulatory affairs for the Council for Responsible Nutrition.

“While the authors of the editorial are correct in concluding that there is not enough rigorous evidence to support that an MVMM (multivitamin and multimineral) alone will prevent chronic disease or death, it is misguided and scientifically inaccurate to overinterpret this to mean that there is no benefit to taking an MVMM or that this line of investigation should stop,” they wrote in the response published in the Natural Medicine Journal.

“Government research shows that Americans have frank nutrient gaps. In fact, recent data show that a large portion of Americans fall below the estimated average requirement for certain nutrients, specifically vitamins A, C, D, and E and magnesium and calcium, even when nutrient intake from diet, fortified foods, and supplements is considered. Intake of some nutrients is low enough to be a public health concern.”

“The council attempted to advance this argument in far greater detail in its publication“The Benefits of Nutritional Supplements” authored by consultant Annette Dickinson.

“More than two-thirds of women of childbearing age have low intakes of iron, which can impair cognitive function, physical capability, and endurance.”

Among other claims in the report:

The council also published on its website a consumer survey from last year that determined 68 percent of all U.S. adults reported taking dietary supplements. The number is even higher — 74 percent — for individuals 55 and older. These percentages are far higher than the ones from the mid-2000s reported in the Annals editorial, suggesting the number of Americans who take dietary supplements continues to increase.

In addition to older individuals, the survey found dietary supplements are somewhat more popular among women than men (71 percent to 65 percent), and are used by 71 percent of adults with household incomes of at least $50,000.

Another report on the council website presents an economic argument that supports increased intake of key dietary supplements as a way to counter rising health care costs.

The report by Frost & Sullivan argued that avoided hospital costs could be as much as $2.06 billion a year if all U.S. adults over age 55 with coronary heart disease took omega-3 supplements, $1.52 billion a year if they took folic acid, B6 and B12 supplements, and $4.23 billion annually if they used phytosterol supplements intended to reduce cholesterol levels.

It was estimated that $3.81 billion in direct medical costs and post-procedure assisted living costs for patients with macular degeneration and cataracts could be avoided each year if all such individuals over age 55 took daily supplements of lutein and zeaxanthin. The report also estimated hospital costs of as much as $1.87 billion a year could be avoided if all U.S. women over 55 with osteoporosis took full advantage of calcium and vitamin D supplements.

“This study demonstrates that significant cost savings can be realized by health care payers, such as insurance companies, and consumers through the use of dietary supplements that have a demonstrable and substantial effect on the risk of costly disease-related events among targeted high-risk populations,” the report stated.

The debate over dietary supplements, though, isn’t isolated to whether the supplements work. There are also differences of opinion as to whether the Dietary Supplement Health and Education Act of 1994 is strong enough to give the FDA authority to properly regulate the industry and warn consumers about any potentially dangerous supplements.

“Manufacturers and distributors of dietary supplements and dietary ingredients are prohibited from marketing products that are adulterated or misbranded,” the FDA says on its website. “That means that these firms are responsible for evaluating the safety and labeling of their products before marketing to ensure that they meet all the requirements of DSHEA and FDA regulations.”

But the FDA also states that although supplement manufacturers must register their facilities with the agency, they aren’t required to get FDA approval before producing or selling their products.

“Manufacturers and distributors must make sure that all claims and information on the product label and in other labeling are truthful and not misleading,” the FDA states.

The agency website includes tips for dietary supplement users and another section on what consumers need to know.

“Unlike drugs, supplements are not intended to treat, diagnose, prevent, or cure diseases. That means supplements should not make claims, such as ‘reduces arthritic pain’ or ‘treats heart disease.’ Claims like these can only legitimately be made for drugs, not dietary supplements.”

The FDA also addresses the risks of supplements, warning consumers that such products could prove harmful, even life-threatening, if they are taken with medications, used to replace medicines, or ingested in doses that are too high.

“Some supplements can also have unwanted effects before, during, and after surgery,” the agency warns. “So, be sure to inform your health care provider, including your pharmacist, about any supplements you are taking — especially before surgery.”