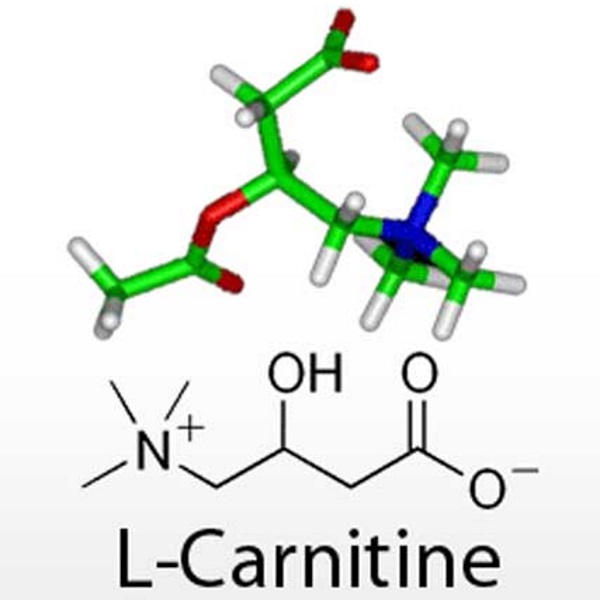 A daily dose of 2 g L-carnitine protects athletes’ muscles from breaking down, according to a human study that sports scientists at the Islamic Azad University in Iran published in the Asian Journal of Sports Medicine. Whether the anticatabolic effect of L-carnitine speeds up muscle building? The researchers did not look at this, but who knows…

Study
The researchers divided 22 physically active young men into two groups. One group took a placebo for two weeks; the other group took a supplement containing 2 g L-carnitine. At the end of the two weeks the researchers got the men to run for 15 minutes.

The researchers also analysed the subjects’ blood: before supplementation started [Base], just before they started running [Pre], just after they finished running [Post] and again 2 [2 h] and 24 hours [24 h] afterwards.

Results
The running session boosted the concentration of the enzymes LDH and CK in the men’s blood, but the increase was noticeably less in the men who had been given carnitine. LDH and CK are markers for muscle damage. It seemed that L-carnitine supplementation reduced muscle damage.

TBARS is a marker for free radical activity. These are aggressive molecules that can damage cell structure and are released during intensive physical exercise. The running session raised the concentration of TBARS in the subjects’ blood, but the increase was less in the men who had taken L-carnitine.

In addition L-carnitine supplementation maintained the antioxidant functioning of the blood. Antioxidants can neutralise free radicals.

Conclusion
“The present study demonstrates that an acute bout of exercise can induce oxidative stress in active healthy young men”, the researchers wrote in the last paragraph of their publication. “Two-week daily oral supplementation with L-carnitine has some alleviating effects on lipid peroxidation and muscle damage indices in favour of increased antioxidant capacity.”

“Nevertheless, the exact mechanism of L-carnitine in attenuating the markers of oxidative stress is not well established and further exploration is needed.”

Wild speculation on our part
Sports supplements manufacturers sometimes put L-carnitine in supplements intended to promote muscle growth. This study suggests that these supplements may indeed be effective because they reduce muscle breakdown during intensive workouts.

The effects of L-carnitine supplementation are inconclusive in the literature. This is probably because the body only absorbs L-carnitine in supplements if they are consumed with large quantities of carbohydrates. You can read more about this here and here.