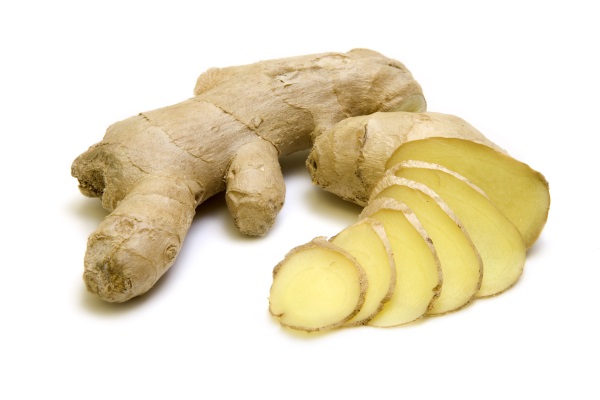 You haven’t been training for a while, but you want to start pumping iron again. Or you want to experiment with a new training schedule, but you know it’s going to give you painfully sore muscles. Sports scientists at the University of Georgia have discovered that in both cases you are likely to benefit from taking ginger supplements. They write about their findings in an article that will be published soon in the Journal of Pain.

One gram of prepared ginger contains about 3 mg 6-gingerol, 1 mg 8-gingerol, 1.5 mg 10-gingerol and 2.5 mg 6-shogaol. These compounds are probably the active substances in ginger. Extracts contain these substances in higher concentrations. When it comes to painkilling, it’s the shogaols that are most interesting. These are formed by heating gingerols.

The researchers did two experiments. In one they gave about thirty test subjects supplements containing raw ginger. In the other experiment they used supplements in which the ginger had been cooked first for 3 hours. The test subjects took 2 g ginger daily, or a placebo, for 11 days. This is the kind of dose that some studies have shown is enough to prevent people with motion sickness from throwing up.

On day 8, the researchers got the test subjects – who did no strength sports – to train their biceps. In the days that followed the researchers measured the muscle soreness of the subjects.

The researchers were unable to work out exactly how ginger works. They noticed for example that the blood of the ginger takers contained less PGE2 – an inflammatory factor that is made by the COX-2 enzyme – but the reduction was too small be able to explain the painkilling effect.

Ginger is also a surprisingly interesting supplement for strength athletes for another reason. Animal studies have shown that ginger boosts testosterone production.