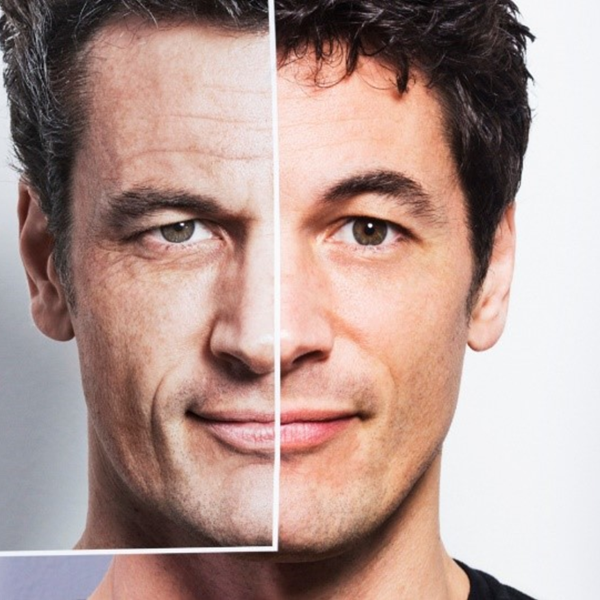 Could a high dose of purified saponin tribulus extract as it was obviously used in the study at hand actually be a valid TRT alternative or even option?

No, this is not the 2015 study in trained boxers that found similarly surprising, because impressive benefits from tribulus terrestris (TT) supplementation (read it). It’s a new study from the Jerzy Kukuczka Academy of Physical Education in Katowice, Poland (Wilk. 2016) that has no direct link to the previously discussed study from the Shanghai University of Sport Affiliated School of Sports in China.

And even though, the aim, i.e. to determine the effects of steriodal saponins from tribulus terrestris on the blood concentration of testosterone (T), GH and IGF-1 was similar, the overall design of the study was significantly different.

While the previously discussed study by Ma et al. (2015) was conducted with young athletic individuals, Wilk et al. deliberately chose 14 men between the age of 45 and 60 years, i.e. exactly those years in a man’s life over the course of which the natural hormone production starts to decline significantly. 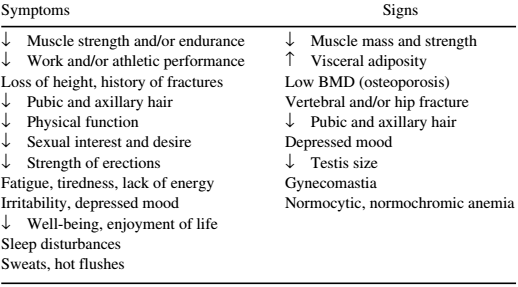 Table 1: How to recognize your T-levels are declining (from Matsumoto. 2002).

Over twelve weeks, the subjects who were normal-to-overweight with a body mass index of 25–33, and body fat content between 23–30%, received either… 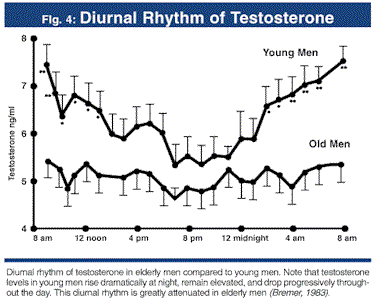 What’s the use of the “front load”, i.e. taking more in the AM vs. PM? That’s a question I just received from Peter via Facebook. Good question, but one the scientists do not answer. So I’d have to speculate that they may have intended to mirror the natural 24h (=circadian) rhythm of testosterone which peaks in the AM and declines over the day to re-increase over night and peak again in the AM. What is particularly interesting about this rhythm, by the way, is that it – or rather the peaks in the AM, are lost as you age (see Figure on the left | Bremner. 1983).

Control group: placebo (CON) – in the form of gelatin capsules using the same supplementation protocol as it was prescribed in the experimental group

And even though all subjects participated in a physical activity program over the 12 week study period, the workouts the scientists describe as follows,…

“4 training sessions per week, with 2 sessions directed at the improvemnt of anaerobic power (resistance exercise), while 2 consisted of aerobic endurance exercise. Aerobic training was performed on a stationary cycle ergometer, starting with 30 minutes of continuous exercise at an intensity of 70–75% of maximum heart rate (HR max). Every two weeks, the work volume was increased by 5 minutes in order to reach 60 minutes in the last two weeks of the experiment. Strength training had a holistic aproach, involving all major muscle groups (the back, chest, abdomen, arms and lower limbs). For the first four weeks, exercises were performed in 3 sets of 8–12 reps with the resistance equal to 60–70% of 1RM and 2 min rest periods between sets. During the experiment, the number of sets of each exercise increased from 3 to 4 sets in weeks 5–8, and respectively to 5 sets in weeks 9–12 for each exercise,” (Wilk. 2016)
was of course not the same as the one in the previously discussed Chinese study. In conjunction with the standardized isocaloric (same energy content) mixed diet containing 55% carbohydrate, 20% protein, 25% fat, the workouts are still an important means of standardizing / reducing inter-group differences that could otherwise arise due to personal exercise and / or diet preferences.

Effects of which you will probably pleased to hear that they went hand in hand with significant decreases in total body fat (TBF) total body mass (BM) and borderline significant effects on the fat-free mass (muscle, organ and bone mass) of the subjects – an observation of which the scientists say that it “indicate that treatment or supplementation of individual hormone deficiencies can be a successful form of counteracting the aging process” – an aging process that is evidenced by increasing body fat levels, decreasing amounts of fat-free mass and concomitant deterioration of blood lipids and blood glucose (the latter was unfortunately not measured in the study at hand).
Wtf!? What kind of tribulus was that? I wish I could tell you that, but a brand name or other specifics are not mentioned in the publicly financed study from Poland. 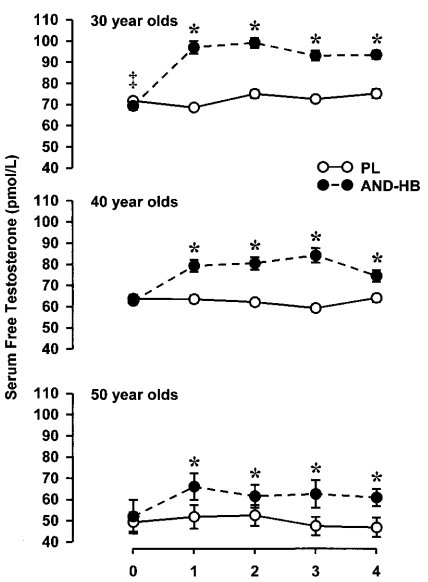 Make no mistake about it, the impressive increases in free T in Brown’s often miscited 2001 study from which I took this figure were due to a combination of the prohormone androstenediol with tribulus and other herbs. To ascribe the T-increase to TT is idiotic.

What I can tell you is that the results are in line with a 2009 study by Milasius, et al. who used food a commercial supplement Tribulus from Optimum Nutrition, USA, and observed positive effects on the acid-base equilibrium after short-term, high intensity anaerobic exercise in competitive athletes. The study at hand apparently used a more pruified steroidal saponin supplement, however, and observed similar effects as Brown et al. (2001), who supplemented tribulus alongside 300mg of the prohormone androstenediol and found – not to anyone’s surprise, probably a significant effect on serum testosterone concentration in both young and older men (see Figure to the right).

Since no such effects were observed in the often cited study by Neychev, et al. (2005) in allegedly much younger subjects, the question future studies will have to answer is whether that’s due to an (subject-)age- or dosage / otherwise supplement-related difference between the high dose of (probably) pure saponins used in the study at hand and the relatively low dose of Bulgaria TT (200mg/day) with 60% saponins that was used by Neychev, et al. in 2005