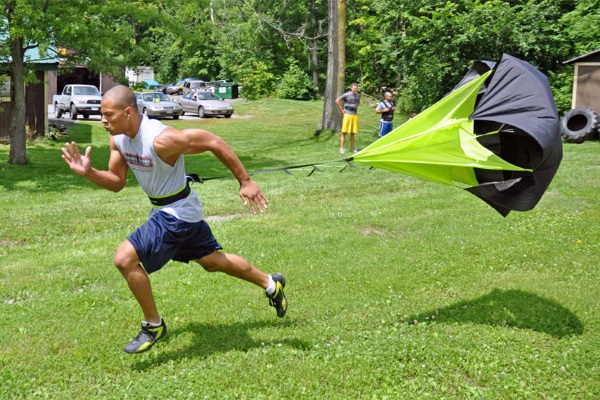 Before and during their training session endurance athletes need carbs, say sports scientists – and the manufacturers of sports drinks and energy bars are only to happy to echo this. This wisdom is based on tests done on athletes under competition conditi24ons, who had better times when they had lots of carbs circulating in their bodies. But are carbs also a good thing during training, if you’re getting your body into peak condition for a competition? Perhaps not, sports scientists at the University of Sydney concluded recently.

The researchers did an experiment with 14 untrained students in their mid-twenties. The students followed a training programme for 4 weeks. Five mornings a week they had to cycle at 65 percent of their VO2max. That’s a level at which it is just possible to keep up a conversation.

Half of the students were given breakfast an hour before they started cycling, which provided 1.5 kg carbohydrates per kg bodyweight. During the last 2 weeks of the training period the students were also given 30g maltodextrin in the form of a sports drink as well. This was the Fed group.

The other students only got to eat when they’d finished cycling: the Fasted group.

After 4 weeks the oxygen uptake capacity of the Fasted group had increased by more than that of the Fed group. And the effect on the concentration of glycogen in the leg muscles of the test subjects was even greater.

The researchers looked at citrate synthase (CS) and 3-hydroxy-CoA-dehydrogenase (HAD), two enzymes involved in the conversion of food into energy. Training on an empty stomach had a different effect on these enzymes in men and in women.

The researchers are cautious in drawing conclusions about the consequences of their research. “Meal ingestion prior to daily exercise can modify some of the exercise training-induced adaptations normally seen with endurance training compared to when daily exercise is undertaken in the overnight-fasted state.”

They are not prepared to go further than this. Before trainers start advising their students to train on an empty stomach, the researchers say their results need to be confirmed by other researchers.