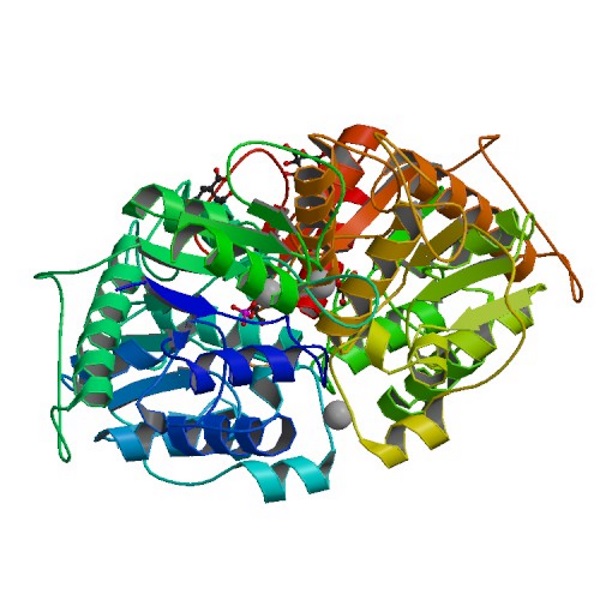 Guilt-free sugary treats may be on the horizon. Scientists have discovered an enzyme that can stop the toxic effects of sugar in various organs of the body. This enzyme, named glycerol 3-phosphate phosphatase (G3PP), plays a central role in controlling glucose and fat utilization.

Guilt-free sugary treats may be on the horizon. Scientists at the University of Montreal Hospital Research Centre (CRCHUM) have discovered an enzyme that can stop the toxic effects of sugar in various organs of the body. This enzyme, named glycerol 3-phosphate phosphatase (G3PP), plays a central role in controlling glucose and fat utilization. Led by Drs Marc Prentki and Murthy Madiraju, The research team has demonstrated that G3PP is able to detoxify excess sugar from the cells, and their discovery should lead to the development of therapeutics for obesity and type 2 diabetes. The findings were published today in the journal Proceedings of the National Academy of Sciences.

“When glucose is abnormally elevated in the body, glucose-derived glycerol-3 phosphate reaches excessive levels in cells, and exaggerated glycerol 3 phosphate metabolism can damage various tissues. We found that G3PP is able to breakdown a great proportion of this excess glycerol phosphate to glycerol and divert it outside the cell, thus protecting the insulin producing beta cells of pancreas and various organs from toxic effects of high glucose levels,” says Marc Prentki, a principal investigator at the CRCHUM and a professor at the University of Montreal.

Mammalian cells use glucose and fatty acids as the main nutrients. Their utilization inside cells governs many physiological processes such as insulin secretion by beta cells, production of glucose in liver, storage of fat in adipose tissue and breakdown of nutrients for energy production. Derangement of these processes leads to obesity, type 2 diabetes and cardiovascular diseases. The beta cells sense changes in blood glucose levels and produce insulin according to body demand. Insulin is an important hormone for controlling glucose and fat utilization. However, when beta cells are presented with excess glucose and fatty acids, the same nutrients become toxic and damage them, leading to their dysfunction and diabetes. When glucose is being used in cells, glycerol-3-phosphate is formed, and this molecule is central to metabolism, since it is needed for both energy production and fat formation.

“By diverting glucose as glycerol, G3PP prevents excessive formation and storage of fat and it also lowers excessive production of glucose in liver, a major problem in diabetes,” says Murthy Madiraju, a scientist at CRCHUM.

How significant are the findings? “It is extremely rare since the 1960s that a novel enzyme is discovered at the heart of metabolism of nutrients in all mammalian tissues, and likely this enzyme will be incorporated in biochemistry textbooks,” Professor Prentki said. “We identified the enzyme while looking for mechanisms enabling beta cells to get rid of excess glucose as glycerol, adds Murthy Madiraju. This mechanism has also been found to be operating in liver cells, and this enzyme is present in all body tissues.”

The work offers a new therapeutic target for obesity, type 2 diabetes and metabolic syndrome. The research team is currently in the process of discovering “small molecule activators of G3PP” to treat cardiometabolic disorders. These drugs will be unique in their mode of action and first of their kind in this class of drugs. The treatment will first have to be confirmed in several animal models before drugs for human use can be developed.

The above post is reprinted from materials provided by University of Montreal Hospital Research Centre (CRCHUM). Note: Materials may be edited for content and length.