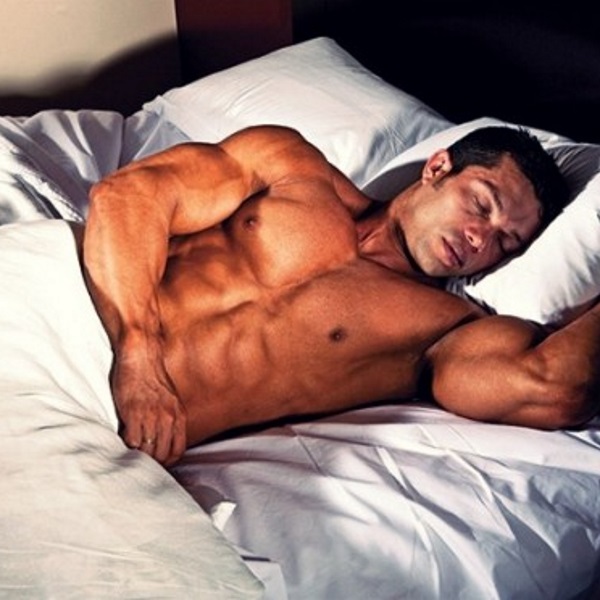 A shortage of sleep leads to overweight and a decline in condition. It also makes you less attractive and reduces men’s testosterone levels. Bad news all round, so we thought we’d pile on the misery and add the results of this animal study done at the University of Sao Paulo. According to the Brazilian researchers rats that don’t sleep lose up to 20 percent of their muscle tissue within a few days.

Sleep & muscles
The idea that you lose muscle mass if you don’t get enough sleep is logical: if men – even young ones – sleep too little for just a week, their testosterone level plummets. [JAMA. 2011 Jun 1; 305(21): 2173-4.] Animal studies have shown that a shortage of sleep leads to a reduction in the synthesis of growth hormone and IGF-1. [Am J Physiol Endocrinol Metab. 2004 Jun; 286(6): E1060-70.] Because testosterone, growth hormone and IGF-1 are the key hormones for muscle building, it’s not surprising that muscle mass declines as the concentration of these hormones decreases through lack of sleep.

Study
But still, in the wondrous world of science you only know for certain that things are logical if you try them out. So the researchers deprived male rats of their sleep for four days [PSD-96h group]. They did the same with a second group of rats, but then let this group catch up on sleep for the following four days [RB-96h group]. The rats in the control group were allowed to sleep whenever they wanted [CTRL].

The Brazilians measured the rats’ muscle mass after four days of sleep deprivation in the PSD-96h group and after eight days in the RB-96h group. They weighed the tibialis anterior [TA], the calf muscle and measured the concentration of testosterone and its counterpart corticosterone [say, the stress hormone cortisol] in the rats’ blood.

Results
In only four days the rats that hadn’t slept lost almost twenty percent of their muscle mass. In the rats that were given four days to recover some of the muscle mass had been built up, but there was nowhere near total recovery. The researchers think that cortisol plays a key role in the process of breakdown: cortisol not only breaks down muscle mass but also depresses the production of IGF-1 and testosterone.

Conclusion
“There are many sleep-deprived individuals in modern society due to demanding lifestyles or medical conditions”, the Brazilians conclude. They are referring to people who work shifts and to those who sleep too little because of stress or aging, but also to the millions who spend nights at the computer. “Our data highlight the possibility that these subjects experience similar muscle atrophy.”