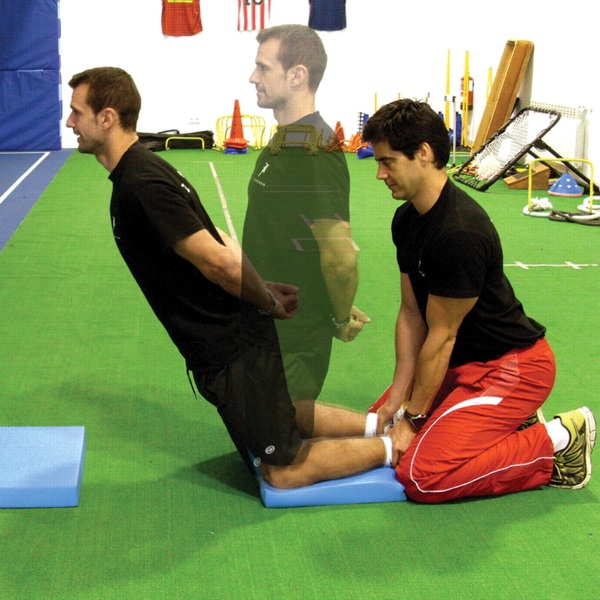 One of the best hamstring exercises on the planet doesn’t even require any equipment. Here’s how to do it.

The Nordic ham curl (NHC) has been examined thoroughly in the scientific literature for good reason – it’s a highly effective hamstring exercise. It can help prevent hamstring injuries due to the eccentric emphasis, which shifts the hamstring’s maximum force potential to longer muscle lengths.

This is an incredible hamstring exercise, and you’ll get much better at controlling the eccentric (lowering) portion of the movement as you continue to do it.

Are You Advanced?
Highly advanced lifters can do these without the use of their hands to reverse the direction at the bottom of the movement! Rare is the lifter who can perform 5 bodyweight Nordic ham curls without using his hands. Can you do it?

The Band-Assisted NHC
Most lifters aren’t even close to being able to control the entire lowering portion of the NHC. You’ll typically see people lower their bodies under control during the initial half of the movement, but this is usually followed by a rapid descent to the floor. This descent is accompanied by a sharp drop in hamstrings muscle activation, which is something you don’t want. What you do want is activation under a full range of motion, which is where the band-assisted NHC comes into play.

Using a band will help you control the entire eccentric portion of the movement, which will strengthen the hamstrings through a full range of motion and lead to more growth.