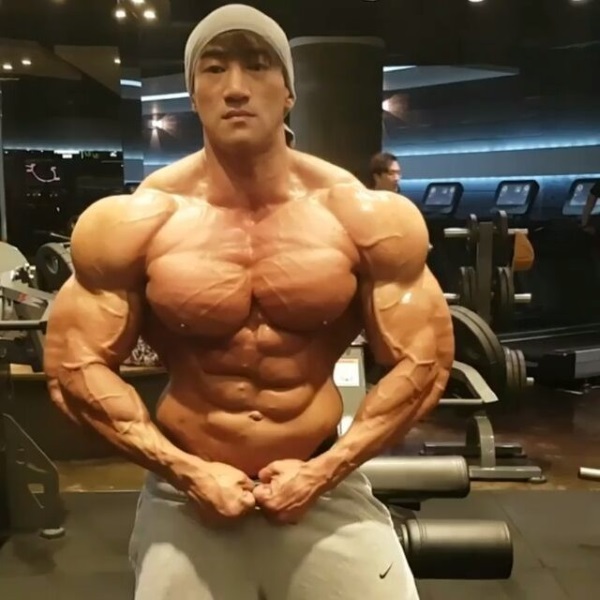 This Korean bodybuilder is unreal.

In the current landscape of professional bodybuilding it’s all about looking as unreal as possible. Why? To set yourself apart of course. There are so many different athletes out there that are capable of building strong, quality muscle that when individuals can bring something different to the table it’s something that can turn heads.

What does it mean to be a bodybuilder? Depending on who you ask you’re likely to get some very different answers. Classic bodybuilders of the Golden Era will tell you that bodybuilding is all about aesthetics. It’s about building massive muscle while at the same time maintaining a narrow waist and shredded form. Men like Arnold Schwarzenegger didn’t become champions because they had massive muscle. It was the kind of physique they were building that matters.

Then there are the bodybuilders of the modern era that focus purely on how much freaky size they can pack on to their frames. The mass monsters like Dorian Yates are the very epitome of the how the sport is looked on presently. But in reality it’s all about standing out and being an individual in a sea of athletes that many would label carbon copies.

This is where a man like Chul Soon comes into the picture. He’s a Korean bodybuilder with some massive size and freaky proportions, so much so that the man looks like he’s photoshopped. Chul Soon is one of the best bodybuilders in the Asian market which in itself makes him stand out. Check out Chul Soon in the Instagram posting below to see just how unreal his physique is.

Do you think Chul Soon stands out?