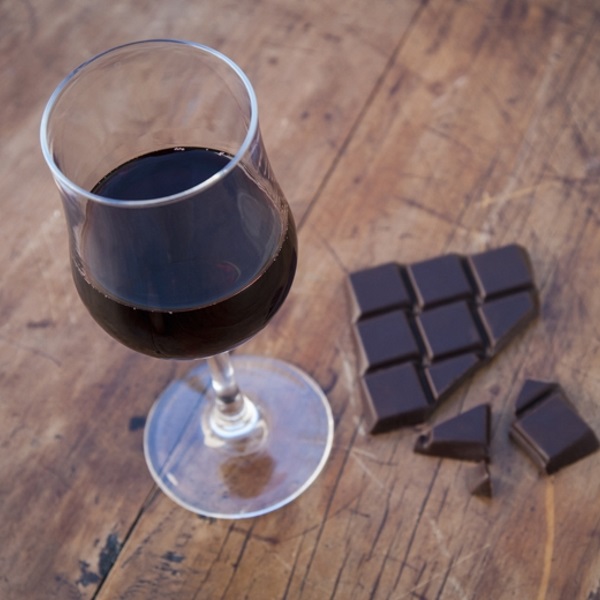 Another month, another trendy diet spreading like wildfire across the internet.

The latest eating craze is known as the Sirtfood Diet, and it’s catching people’s attention for a few reasons. One, it lets you eat stuff like chocolate. Two, it promises big results quickly—seven pounds in seven days. And three, it involves eating “sirtfoods,” a magical group of foods that supposedly contain powerful fat-burning compounds.

These factors have helped the Sirtfood Diet catch on big in England, and it’s starting to make its way across the pond. But is the Sirtfood Diet genuinely a good way to eat healthier? Or is it just another fad-of-the-month diet soon to be forgotten?

The cover of The Sirtfood Diet book calls them “wonder foods that turbo-charge weight loss,” but that sounds like impenetrable marketing jargon. So what exactly are these wonder foods?

Sirtuins (short for Silent Information Regulars, or SIRs) are a class of naturally occurring proteins in the human body. First discovered a few decades ago, they have exciting capabilities, research shows. The research studies were almost never performed on actual people (opting instead for test tubes or lab animals), but sirtuins have been found to play a role in clearing free radicals, reducing inflammation, regulating our internal clock and preventing aging. The research has led scientists to believe that sirtuins could potentially be used to treat or prevent certain diseases, like cancer and Type 2 diabetes.

It’s also been found that sirtuins could potentially prevent fat cells from duplicating. The evidence isn’t firm, but this is where the “turbo-charge weight loss” promise of the Sirtfood Diet comes from.

Sirtfoods are foods rich in sirtuin activators. Sirtuin activators send messages to our DNA to increase the production of sirtuin proteins. In theory, eating more sirtfoods results in a greater production of sirtuin proteins and all the benefits they bring. This is the simple premise of the Sirtfood Diet—eat more sirtfoods, produce more sirtuins and lose weight, reduce inflammation, live longer, etc.

During the first three days of the diet, you drink two green juices and eat just one meal per day. During this time, you are limited to 1,000 calories per day. Over the next four days, you drink two juices per day and eat two meals per day, while limiting yourself to 1,500 calories per day. After the first week and for the next 14 days, you consume a wealth of sirtfoods in three meals and one juice per day. After 21 days, the focus switches to “sirtifying” your favorite meals by inserting or substituting sirtfoods into recipes.

Apparently the benefits of the Sirtfood Diet come rather quickly. Many dieters report significant weight loss and increased energy in mere days.

The Analysis
One obvious red flag with the Sirtfood Diet is its promise of big results in a short time.

The book has a big red sticker on the cover shouting that participants will “lose 7 lbs in 7 days.” These types of claims normally indicate diets looking to sucker people who are desperate to lose weight, not diets aimed at helping people make long-lasting lifestyle changes. The “quick fix” promise sets unrealistic expectations for dieters, who might be led to believe they can continue to lose weight at that dramatic rate beyond one week. Real, sustainable weight loss is usually achieved by shedding one or two pounds a week.

“I wouldn’t be a big fan of advocating this type of eating where it focuses on losing a lot of weight in a short amount of time,” says registered dietitian Tavis Piattoly, who works as a nutrition consultant to the New Orleans Saints and New Orleans Pelicans. “A lot of the weight is going to be water and possibly even muscle tissue.”

Also, the calorie restrictions during the first week could be downright dangerous, especially if you’re an athlete or active person. Athletes live highly active lifestyles, and adolescents need significantly more calories than adults to support proper growth. Although a calorie deficit is the key to losing weight, too big a deficit can cause issues like chronic fatigue and lack of focus. NFL All-Pro defensive end J. J. Watt recently felt the draining effects of a massive calorie deficit and was forced to make some serious diet changes to stay sharp.

Beyond the first week, the focus shifts from calorie-counting to eating meals high in sirtfoods. This is generally a decent idea, since most of the foods involved in the Sirtfood Diet are highly nutritious. They’re plant-based foods, low in calories and high in fiber, protein, vitamins, antioxidants and phytochemicals. They’re also much more difficult to overeat than highly processed foods.

However, the whole “sirtuin activator” thing probably plays less of a role in the power of sirtfoods than the rest of their nutritional profile. Berries and kale are way better for you than cookies and chips, regardless of whether they contain sirtuin activators. If you start eating more plant-based foods, you’re going to feel better—it’s really that simple.

We commend the Sirtfood Diet for its focus on eating more plant-based foods, but it’s certainly not a perfect diet.

The initial calorie restrictions are way too strict for many people, and the promise of seven pounds of weight loss in the first seven days is not a healthy approach. The big focus on sirtuins is also a bit odd, since the research on sirtuins (and in particular, their role in weight management) is still preliminary. The sirtfoods included in the Sirtfood Diet are mostly healthy plant-based foods high in a variety of nutrients. We’re guessing the thousands of other nutrients and compounds in these foods (most of which are more well-researched than sirtuin activators) are the real reason why people are reporting sirtfoods help them feel and look better. Plenty of healthy foods aren’t included in the Sirtfood Diet, and avoiding them solely because of that is totally unnecessary.

If you’re looking to lose weight, your first step should be to cut down on refined sugar products (soda, candy, etc.) and trips to the drive-thru. Replace those foods with plant-based options and drink more water. If you’re eating the right kinds of foods, how much you’re eating shouldn’t be a major issue.

You should also meet with a health professional or registered dietitian. They can personalize a plan for you instead of using the “one-size-fits-all” approach many fad diets rely on. And remember—slow and steady progress is often the safest and the most sustainable way to lose weight.