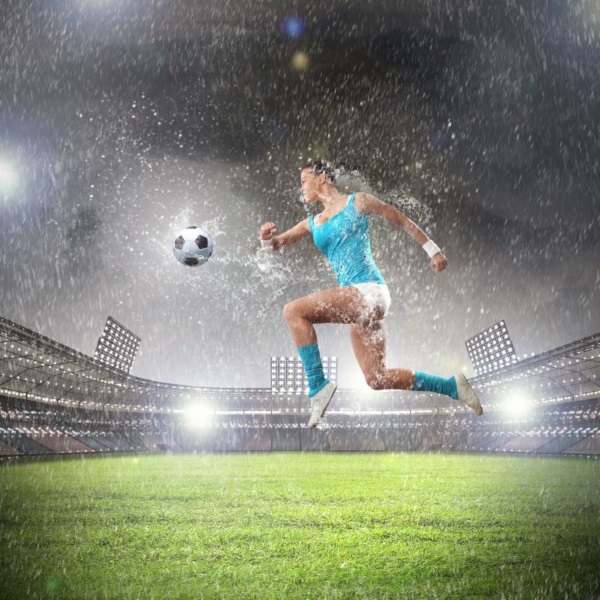 Before I dive into the meat and potatoes of this tightly batched, to-the-point, soiree of a fitness article lets first address the obvious…

It’s bonkers that in this day and age if you Google the term “female training” or “women’s fitness” you’re inundated with images like this: We all know what it implies:

2. Women should train with light weights (presumably for higher reps) for that “toned” and “sleek” look many are after.

And we all know what my reaction is:

Somewhere between wanting to toss an ax into my face and this:

To say I feel it oozes a toxic tone and connotation – that woman shouldn’t (or can’t?) train with appreciable weights – would be an understatement. Not only does it set women’s fitness back decades (I’m talking pre-Thigh Master era), but it also would make Susan B. Anthony shit a copy of “Hey, You, Woman, Get Back In the Kitchen and Make Me a Sandwich” out of pure rage and embarrassment.

For the Record: the above book doesn’t exist.

I’ve written several pieces on this site (HERE , HERE, and HERE, for example) extolling some of my thoughts on the topic of training women. I’d be remiss not to at least entertain the idea that there are many women out there who, by and large, could care less about deadlifting 1.5x bodyweight, performing a strict, un-assisted chin-up, or doing anything with a barbell on their back.

As much of a fan as I am of encouraging women to pursue performance-based goals, many are happy (and do very well) following programs that suggest they use “light” weights or no weights at all.1

Hey, anything that nudges anyone into a consistent behavior that gets them active where the alternative is binge-watching Netflix is cool with me.

However, being the strength coach that I am, I’m biased, and feel such programs (you know, the ones that promise 10-20 lbs. lost in one week, but only if you follow a cabbage soup detox sprinkled with belly-button lint from a Centaur) lead to inferior results.

In all the articles I’ve written and points I’ve made detailing my beefs with female specific training and the problems I have with it, there’s one “thing” I’ve always neglected to point out.

I remember listening to a story Mike Boyle said once where he chuckles every time he comes across a “ACL Prevention Program,” particularly when it comes to female athletes.

Yeah, yeah, we can talk about how research demonstrates that female athletes are 6-8x more likely to tear their ACL compared to their male counterparts, how Q-angles enter the conversation, and even how estrogen receptors during the menstrual cycle can affect things.

But at the end of the day, as Boyle noted, there’s no such a thing as an “ACL prevention program.” Any well-designed program that focuses on getting athletes stronger (particularly the posterior chain), teaches them how to decelerate and land properly, as well as works on change of direction and movement quality in general is an ACL prevention program in its own right.

And lets just call a spade a spade: I don’t think it’s so much an ACL issue with women as it is “they’re just weak” issue.

Now, this doesn’t apply to all women of course. But generally speaking many women are “hand held” when it comes to programming (see above) and it just comes down to getting them stronger. Plain and simple.

So while I do agree there sometimes exists a slight dichotomy between men and women, what their goals are, how they’d like to look, and how that affects our approach to training them, any program that teaches the basic movements – squat, hip hinge, push, pull, lunge, carry – caters those movements to fit the individual needs, ability level, and anatomy of the person, and then follows suit with the principles of progressive overload….is a (good) program.

Do we really need to call it “female specific?”