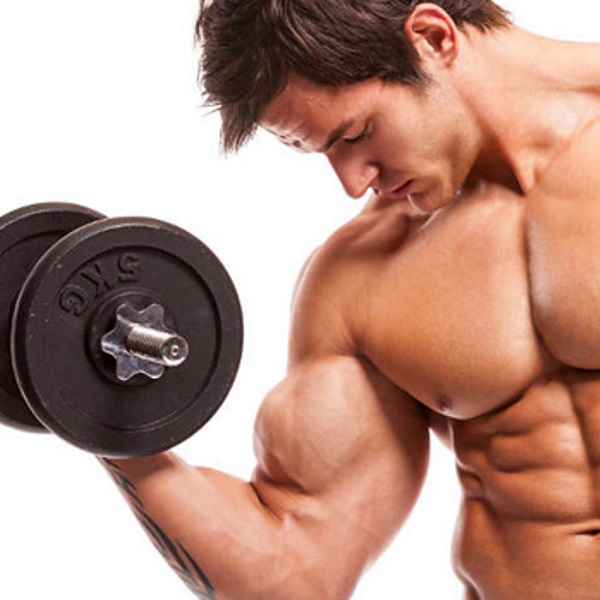 What is Time Under Tension?
Surf the internet and you’re bound to see a slew of training recommendations based on the concept of time-under-tension (TUT). Basically, this refers to how long the muscle is under strain or resisting the weight during each set. Do 12 reps of biceps curls, taking about 1 second to lift the weight and 2 seconds to lower it, and your TUT for that set is 36 seconds.

A popular claim is that an optimal TUT for maximizing muscle growth requires training with sets that last in the range of 30 to 60 seconds. According to this theory, sets of longer or shorter duration will be suboptimal for muscle gains. Sounds good in theory, but is this claim consistent with the prevailing science?

“Time Under Load” is More Accurate
First, the term TUT is somewhat of a misnomer. Mechanical tension is directly related to the magnitude of load or weight you’re lifting. If you perform a rep at your 1 rep max (RM), it will necessarily create more mechanical tension than a rep performed at 50% 1RM. Thus, sets of long durations will necessarily involve lower levels of tension than those of shorter durations, assuming training is carried out near or to momentary muscular failure.

A more appropriate term would be “time under load,” which reflects the actual time spent in a given set irrespective of the weight lifted. It’s an important distinction when considering the ramifications of the concept since there are wide variances in both mechanical and metabolic factors with different set durations. That said, we’ll stick with the term TUT given its widely accepted use.

What About Volume, Occlusion, and Cell Signaling?
It’s not entirely clear where the concept of an optimal TUT for size gains came about. Seemingly it evolved from the typical routines of bodybuilders, which pairs fairly high amounts of mechanical tension with elevated levels of metabolic stress.

While mechanical tension is indisputably a primary major driver of muscle growth, there’s compelling evidence that a significant exercise-induced metabolite buildup plays a role as well (11). Conceivably, the combination of these factors would have an additive effect on muscular development, increasing gains over and above what can be achieved when one factor is high and the other is low.

It’s also well-documented that muscular contractions during resistance training compress blood vessels that feed the working muscle (1, 12). This occludes circulation to the muscle, creating a hypoxic environment similar to blood flow restricted exercise. Although the exact mechanisms aren’t clear, research shows that an intermittent hypoxic state enhances muscle growth (9). Given that blood supply is occluded for longer periods of time during sets with extended TUTs, it can be hypothesized that such training may lead to a more pronounced anabolic response.

Despite the seemingly sound rationale, however, supporting evidence for an optimal hypertrophic TUT range is scant. There is some acute research showing divergent intracellular signaling responses between different TUTs. Hulmi et al (3) reported that the anabolic effectors MAPK and mTOR were greater after a hypertrophic (5 sets of 10 reps) compared to maximal strength (15 sets of 1 rep) resistance training protocol.

Although this would seem to provide evidence that the longer TUT was more anabolic, it should be noted that the volume of training was substantially greater for the hypertrophic protocol. Given the compelling evidence of a dose-response relationship between volume and hypertrophy (4), it remains questionable whether the heightened anabolic signaling was due to a longer TUT or simply the greater amount of total work performed.

What’s more, the results of acute signaling studies don’t necessarily translate into long-term changes in muscle mass (6). So while such findings are interesting and help to develop hypotheses, you must be cautious when attempting to extrapolate them into practice.

Show Me the Studies!
Fortunately, we can look to longitudinal training studies that actually measure muscle hypertrophy for answers. It just so happens that my lab carried out a study that sheds light on this very topic. We recruited 17 resistance-trained men and randomized them to perform either a bodybuilding-type (3 sets of 10 reps) or powerlifting-type (7 sets of 3 reps) routine. The per-set TUT for the bodybuilding-type routine was about 30-40 seconds while that of the powerlifting routine was around 9-12 seconds. Training was carried out 3 days a week for 8 weeks.

The results? Both groups saw almost identical increases in muscle growth! A key point here is that we equated volume-load between groups and therefore total TUT for each exercise was roughly equal across conditions.

A recent study by Mangine et al (5) provides further evidence that TUT is not the be-all end-all of hypertrophy training. The researchers randomized well-trained male subjects to perform a routine consisting of either 4 sets of 10-12 reps or 4 sets of 3-5 reps. The higher rep protocol had more than double the TUT compared to the lower rep protocol. After 8 weeks, similar increases in muscle growth of the arms and legs were again seen across conditions.

Regardless, the findings of the two studies provide strong evidence that it’s overly simplistic to view hypertrophy training from a TUT standpoint, at least in the context of an optimal duration of a set. Rather, it’s more appropriate to consider the total TUT performed for a given muscle group in a given workout. Substantial muscle growth can be achieved with heavy sets lasting several seconds or lighter sets lasting a minute or more as long as you accumulate sufficient volume and continually challenge the working muscles.

Does This Mean TUT is Irrelevant?
Not necessarily. What seems possible is that high TUTs may promote greater hypertrophy in type I muscle fibers. By nature, slow-twitch type I fibers are fatigue-resistant (as opposed to type II fibers, which can produce high levels of force but fatigue rather easily). It therefore stands to reason that you’d need to keep the type I fibers under tension for extended periods to elicit their maximal growth. Short durations with heavy loads simply won’t provide enough of a stimulus for fatigue.

So, the use of light loads for long TUTs would seem necessary to fully develop the indefatiguable slow twitch muscle fibers. Emerging research out of Russia shows that this indeed is the case, with light-load protocols involving high TUTs (50% 1RM) showing more type 1 fiber growth and heavier-loads with lower TUTs (80% 1RM) displaying greater hypertrophy of type II fibers (7, 8, 10).

So How Do I Use This New Info?
From a practical standpoint, the evidence indicates that adding in some high-rep sets with a TUT of around 60-90 seconds (20-30 RM per set) can be beneficial if your goal is maximal hypertrophy. Growth of type I fibers would have little effect on strength, so high rep sets would be unnecessary for those purely seeking to maximize force development.

There are a number of ways to implement the higher TUT sets:

The options are many and your decision should really come down to individual goals and preferences.

Is This True for Women Too?
Women tend to have a greater degree of fatigue-resistance compared to men, apparently due to gender-related differences in muscle blood flow and/or muscle metabolism (2). This raises the possibility that women may need a higher TUT to fully fatigue the type I fibers and maximize their hypertrophic adaptations.

As always in an applied science such as exercise, you should take the principles discussed and then experiment to find out what works best for you.