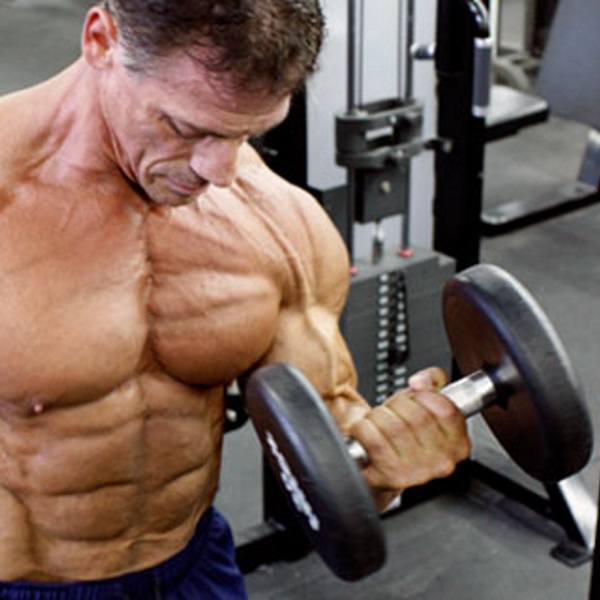 With the improvement of scientific methods, we become increasingly able to take a closer look at the inner world of our bodies, so it’s not very rare to see yesterday’s facts becoming today’s laughable myths in the world of fitness and bodybuilding.

Unfortunately, when a person who exercises doesn’t know anything about basic anatomy and kinesiology, he can be led into believing some bodybuilding myths like they were solid facts just as easily.

We should start this article by telling you one of the most basic truths everybody seems to neglect. Here it goes: the existence of special exercises that can shape, define or separate muscle mass is a 100% myth. Alright?

Now, let’s discuss the reasons for that “shocking“ statement.

When under tension, the muscle may lengthen, shorten or remain the same. This being said, there is only one way a muscle is able to contract – it shortens, bringing the origin and insertion closer together and causing the joint in between to either bend or extend.

Therefore, there is no such thing as a muscle contraction that can change the shape of a muscle beyond growing in response to exercise. The popular concept of „toning“ your muscles actually includes gaining muscle mass and reducing body fat, no magic tricks involved. Anyone with some basic knowledge of the human anatomy can tell you that you cannot change the shape of a muscle, the direction its muscle fibers are attached or the number of nerve innervations.

While physical exercise can provide you with some increase in lean mass, the real big factor here is following a diet plan that will contribute to eliminating excess body fat – greater muscle definition is a result of that process. The less body fat you have covering up the muscles, the more they become visible. That means that combining strength training and proper nutrition is the only way to get those „toned“ muscles. Muscle growth + loss of fat = ripped physique. But then again, people don’t seem to appreciate the simplicity of life most often.

The spot reduction myth
This leads us to another mythological body process – the spot reduction. In case you haven’t heard of it, spot reduction is the term for attempting to shred excess fat from specific areas of the body simply by performing exercises that target those areas, like doing a ton of abdominal exercises to lose belly fat.This is NOT going to happen, because the body does not work the way you would like it to.

Although muscle building is site-specific (meaning that if you want to build a muscle you need to highly activate that part of the body), fat loss is most certainly not, so performing exercises that target a specific region of the body won’t lead to fat loss in that particular region. They can strengthen the muscles responsible for those movements, but their impact on the fat stored there is negligible at the very best.

The metabolic process of gaining or losing weight is a systematic one, happening all throughout the body and each person’s body has a natural, genetically defined pattern of where more fat is added or dropped. If you want to lose fat in one particular area, you’ll have to reduce your overall weight. Yeah, it would be awesome if spot reduction was possible – getting the perfect body would be much easier. But it’s not, so to all advertisers around the world – please cut the bullshit already.

Back to the building of muscle mass. The only way muscles can grow is by being worked with high intensity exercises (requiring forceful instead of gentle muscle contractions) such as heavy weight, high reps or a combination of both. In reality, that’s pretty much all there is to be said about that. You can either increase or decrease intensity, depending on how much growth you want to achieve – but you cannot specifically change the muscle definition without losing body fat and you cannot increase muscle separation with special exercises. Exercise can only cause muscles to grow, and the separations between muscle fibers are already there, being a matter of genetic expression.

A working muscle can only differentiate between amounts of load, to which it can only react by generating the amount of force needed for adapting to the task at hand, eventually entering the hypertrophy mode – an increase in size of skeletal muscles through a growth in size of its component cells. Hypertrophy makes a muscle thicker and stronger, therefore able to better handle the load while reducing the level of fatigue. That mechanism is a highly functional and practical one from a biological standpoint, but nowadays we use it for improving aesthetics as well.

Now ask yourself, what could be the functionality of an increased muscle definition?

The muscles simply don’t require better definition for better performance and that’s why no exercise can be used to improve definition by itself. As stated above, definition happens when you lose a significant amount of body fat and your muscles pop out.

Size vs. Strength
I’m sure you’ve read a large number of articles which describe the differences between mass building and mass shaping exercises – the first group includes heavy weight and the second consists of exercises with which you cannot use a heavy weight. When an exercise activates more than one muscle, a heavier weight can be lifted, which doesn’t mean that any of the muscles targeted by that lift is working harder than it would if it was working alone during an isolated exercise. Muscles cannot tell if other muscles are assisting their work – they only keep on working as hard as possible to make that lift happen.

Most martial artists and non-heavy weight lifters will choose myofibrillar hypertrophy, since their goal is having strong muscles but keeping their weight down, while bodybuilders favor sarcoplasmic hypertrophy which increases muscle size but it’s generally viewed as form over function.

In other words, myofibrillar hypertrophy leads to a greater density of the contractible myofibrils which increases the ability to exert strength and is best accomplished by training heavy weights with low reps, and sarcoplasmic hypertrophy is an increase in the volume of the non-contractible muscle cell fluid called sarcoplasm (which makes up to 30% of the muscle’s size), doesn’t lead to an increase in muscular strength and can be achieved by performing high-rep, low-load training. So for optimal results regarding both mass and strength, you will need a combination of those two types of training.

Keep working hard, balance your workouts with a proper diet and don’t believe everything you hear – growth is the only possible visible change that can happen in any muscle with the help of any exercise there is. Throw the “shaping“, “toning“ and “separation“ exercises out the window and focus on building both strength and mass.