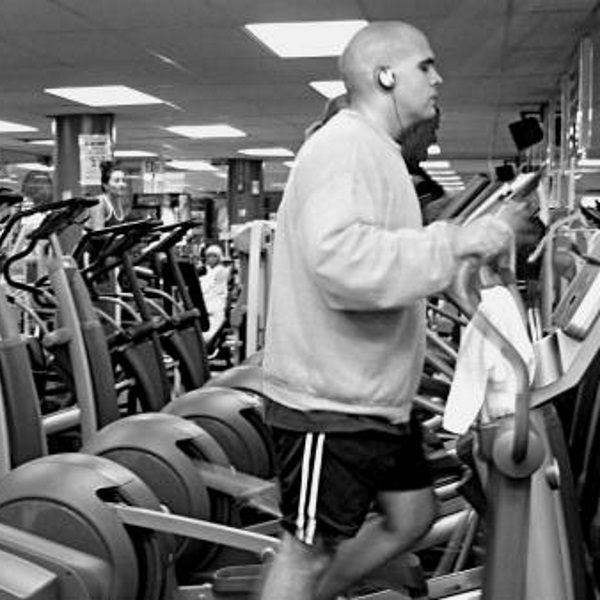 When it comes down to it, there are only three legitimate reasons to exercise:

Missing from the list is the granddaddy reason of them all: “to lose weight.” Scientifically, exercise has many benefits, from better sleep, to improved confidence, to healthier blood pressure. But for many, weight loss is not necessarily correlated with fitness. So why do so many people insist it is?

In 2004, riding the wave of reality television success, The Biggest Loser vaulted into the living rooms of tens of millions of Americans. Sixteen seasons and twelve years later, the show is now an institution and a mainstay of our pop culture. While the show is entertaining to some and inspirational to others, the real message behind the program is clear: if you want to lose weight, you need to get off your butt and exercise. Philosophically speaking, the show is mired in an archaic, old-school mantra that many of us in fitness know all too well. That mantra is, “calories in, calories out.”

Thanks in large part to the lobbying efforts of the food industry, we’ve been collectively sold this false bill of goods since the start of the obesity epidemic in the late 70s and early 80s. The script for that bill of goods goes something like this: “It’s your fault that you are overweight. In order to stop being overweight, you need to stop being lazy and stop taking in more calories than you burn, and the best way to burn more calories than you take in is through exercise.”

In our do-it-yourself culture, the overweight consumer has been more than accepting of this calories-in, calories-out belief. In turn, the fitness industry has been more than happy to take their money. Open most fitness magazines and/or websites and the exercise-weight loss myth is pervasive. You are bound to see gobs of before-and-after photos, piles of gadgets, and magic exercise programs promising to make you thinner. The suggestion is always the same – that exercise is the be-all and end-all of shedding pounds and getting the body you desire.

The scientific elephant in the room is that exercise is not an efficient way to fight the battle of the bulge.

The Real Skinny on Exercise

The recent film Fed Up points out that between 1980 and 2000, health club memberships more than doubled, experiencing almost the exact growth trajectory as the percentage of obese Americans. How could it be that people were simultaneously burning more and more calories collectively, yet as a society, we were also getting heavier?

While exercise is highly correlated with levels of fitness and health-related metrics such as blood pressure and cholesterol, study after study shows that exercise as a diet is a poor choice. The Mayo Clinic stated that studies “have demonstrated no or modest weight loss with exercise alone.” The British Journal of Sports Medicine said earlier this year that we have wrongly emphasized exercise as a physical activity to prevent people from becoming overweight. They went on to say that exercise, while effective in reducing the risk of disease, “does not promote weight loss.”

So if exercise is an inefficient and ineffective weight loss tool, then just what is the point? Again, the point is better health and improved fitness. Studies do show that exercise is correlated with keeping weight off, so it’s an important factor in long-term weight management.

Heavy people who exercise without ‘results’ are often getting plenty of results – they are getting fitter, and they are getting healthier. According to the European Heart Journal, obese people who are metabolically fit are at no greater risk of dying or developing heart disease or cancer as those individuals who are normal weight. The data is clear – it’s possible to be both fat and fit, as well as fat and healthy. According to Steven Blair, professor of exercise Science at the University of South Carolina, “there is an association between obesity and fitness, but it is not perfect. You simply cannot tell by looking whether someone is fit or not.”

It’s time for the marriage between the fitness and weight-loss industries to end. We must divorce ourselves from the myth that is the “calories in-calories out” equation that has hijacked our health for the past three decades. The ‘before-and-after’ photo may sell products and gym memberships, but truth should be more important than sales.

The fitness industry must adapt to this reality, and take hard stands when it comes to sending the wrong message. Biggest Loser-style weight loss competitions at gyms send the message that exercise is a crash diet. Weight loss supplements sold at gyms send the wrong message as well – that ‘healthier’ processed food in a box is the answer in lieu of ‘unhealthy’ processed food. That’s like an alcoholic choosing light beer.

The best way to support heavier people is to be truthful. The first step in telling the truth about the obesity epidemic is to name the true culprit: sugar (processed and packaged foods).

The single biggest cause of the obesity epidemic was the added sugar in processed and packaged foods that was introduced into the mainstream food supply in the late 70s and early 80s. Previously named culprits such as decreased physical activity, increased sedentary activities due to technology (television, computers, etc.), and a migration from active jobs towards sedentary professional jobs were all well under way as societal trends from 1900-1980. But the CDC statistics show that despite such changes in our society, the percentage of overweight or obese adults stayed roughly the same until 1980, when our food supply started changing dramatically. At that point, the continuous rise in obesity started – a rise that persists today.

The war on fat isn’t about burning more calories on the treadmill; it’s about our food, and what’s in it. Best-selling author Dr. Robert Lustig warns, “There are 600,000 food items in America. 80% of them have added sugar.”

The War Against Fat Will Be Won in the Kitchen

The problem of obesity is one of nutrition. The battle of the bulge will ultimately be fought and won in courtrooms, family kitchens, and support groups around our nation and globe. But at the gym, it’s time for us to focus on what we do best – telling hard truths, getting people in shape, and getting them healthy.