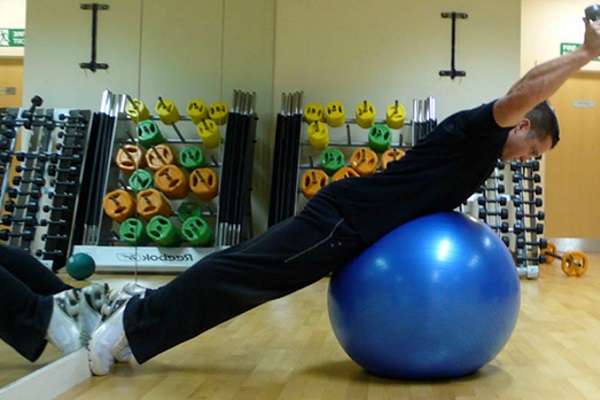 Let’s Back off the Buzzwords
These days it’s become damn near impossible to talk training without being roped into addressing buzzwords that have captivated coaches and athletes alike.

What’s wrong with just prioritizing performance and the methods that produce results?

The four terms and topics below are meaningless in the grand scheme of things. Stop wasting time debating them.

1.  Overtraining
The guy most worried about overtraining is usually afraid to push himself to his physical or mental limits… in any aspect of his life.

Your physical practices are an indication of other aspects of your life. And those making excuses for their lack of drive and determination can poison the well.

The idea that there’s no true physical overtraining mechanisms but rather an under-recovery aspect to performance has merit. But again, is training the problem or is it a potential solution to a complex problem that needs remediation on multiple fronts of wellness?

People like to blame feeling like shit on training and exercise alone, but there are so many co-morbid factors that affect optimal human performance and development.

Unless your nutrition is 100% locked in, your rest and recovery are on point, and your daily lifestyle stresses are managed, don’t talk about how your workouts are zapping your energy and leaving you rundown and swelled up like a puffer fish.

Training hard a few hours a week is the least of your worries.

You know who needs to be worrying about overtraining? About 0.001% of the population that physically, emotionally, and mentally perseveres through two-a-day pre-season mini camps or is a full time athlete training multiples times a day at an Olympic training center.

And even at these extreme intensities and volumes, the chances are slim.

It takes that much sympathetic stress on the body as a whole to create true symptoms of overtraining, which is a medical diagnosis far more complex than the average person pushing themselves to the brink of their physical limits.

2.  Corrective Exercise
What is corrective exercise? Better question, what exactly is incorrect exercise, because that seems to be what the term “corrective” is inferring?

Show me a coach or athlete striving to have piss-poor execution of movement, or putting together programs with a goal of breaking down a system to the point of injury.

Corrective exercise can be any movement done correctly. It’s not rocket science. It just needs to be correct.

As long as a movement fits that requisite, all aspects of movement and biomechanics is fair game to call “corrective.”

This means that a crisp squat pattern of any training denomination is a corrective exercise. A fluid and in sync barbell snatch with maximal load can also be considered corrective. Even a damn biceps curl when practiced perfectly can fall under this umbrella.

To the same point, traditionally corrective style movements like the ones that have been popularized in physical therapy and athletic training can absolutely be incorrect.

Just because your tool of choice is a band rather than a barbell, it doesn’t mean your methods are more correct than the counterpart. And as soon as programming becomes too cute to produce the desired outcomes, I wouldn’t consider that correct.

I’ve had the disservice of seeing some brutal “corrective exercises” taught and executed in my day from both coaches and therapists. It wasn’t the tool or the environment that lagged. It was the proper coaching and execution of movement that turned a seemingly useful pattern into garbage.

Introduce a movement, coach a movement, perfect a movement, and then master a movement. What that specific movement of choice is can be variable, but the one thing that cannot be is your intent on pristine execution.

3.  Mobility
If there’s one topic blowing up my inbox on a daily basis, it’s mobility.

Seeing that my background is centered on optimizing movement patterns and motor performances, this can be expected. What isn’t expected is when I break down my “mobility” methods as a coach and practitioner. It’s often not what people expect.

Tight hamstrings, for example. The conventional thought that still lurks in dark corners of sports performance is a die-hard adherence to static stretching.

“Can’t touch your toes on an assessment? Must be the hamstrings!”

Go ahead, stretch your tight hamstrings and see where it gets you. Chances are, those hamstring stretches will become a part of your routine for life – meaning they will never produce a desired result.

A muscle, or any soft tissue for that matter, doesn’t have the physiological properties to permanently deform. That leaves us with optimizing adjacent players in gross movement patterns to improve the pattern itself, and create an illusion of muscles gaining length or suppleness.

Along the same lines, if we can tap into the neurological systems and create dynamically stable environments to work from at the hip and core, we’ll have a better terminal end range motion when retesting again.

These are just two examples and there could be 100 more, but true mobility is dependent on an athlete’s ability to create proper movement strategies and take the parking break off the Ferrari before taking it out for a spin.

Going back to corrective exercise needing to be correct, movement patterning needs to be correct to create a more “mobile” athlete and better long term performances.

Once the system is set and proper movement becomes repeatable, then the cool stuff ensues.

Some of my favorite non-traditional, mobility methods are the programming of loaded, forced, intra-set short term stretching.

If you’re not quite ready for those intensity techniques, even putting an emphasis on increasing eccentric time under tension can create those same transferrable “mobility” gains that we’re striving for.

4.  Functional Training
The functional training gurus have started to gain traction in our industry in the past decade. We’ve all seen them, and some of us have actually wasted time and money attempting to train with them.

The coaches who trade the barbell for non-traditional tools and spend the majority of their programs trying to replicate sport-specific movement under some sort of absurd loading parameter can be considered “functional trainers” for the sake of my sanity in addressing this issue.

If you find yourself using more than two pieces of training equipment at once and are more focused on videoing this “innovative” exercise for YouTube than coaching proper positioning and execution, you might be a functional training guru.

If you physically impress onlookers on the sophistication of your squat technique while standing on a vibration plate with bands around both knees, a kettlebell pressed overhead, and your opposite hand assessing the level and activation of your diaphragm, defining this exercise as a deep breathing centric movement, you might be a functional training guru.

If you have never trained to your full potential in any highly physical endeavor and feel more comfortable practicing Indian club work while balancing on a 2×4 with your eyes closed because it challenges your proprioception and will transfer nicely to your future career as a semi-professional acrobat on your pre-programmed heavy days, you might be a functional guru.

Functional Golf Training
If you find yourself providing in-depth physical assessments for the sole purpose of proving to a client how cerebral your thought processes are and to convincing them that they’re broken down and hopeless garbage unless they adhere to your corrective, functional and highly complex training methods, you are indeed a functional training guru.

Training doesn’t have to be overly complex or “functional” to be effective. Call your form of training whatever you want if it produces results and makes you bigger, faster, stronger, and more resilient.

The kind of training that has produced results for hundreds of years is not outdated; it’s not too old to be effective.

Start there, and only when you master the foundations do you start messing around with the latest version of functional banded yogalaties.