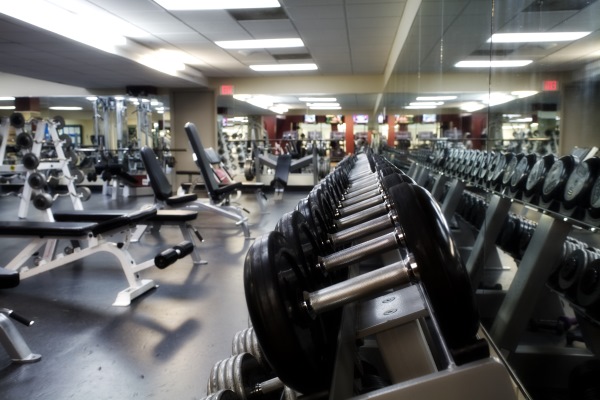 From Ergo Log
Strength training is really a kind of hormone therapy, write researchers at the Spanish University of Extramadura in the European Journal of Applied Physiology. According to the researchers, regular weight training raises testosterone levels by forty percent.

The table below shows the concentration of the androgenic hormones in the test subjects.

The testosterone concentration decreased. That’s logical: through power training muscle cells absorb more androgens from the blood, and as a result the testosterone level goes down.

The power training increased the concentration of cortisol. See below.

After that the researchers got the test subjects to train regularly for another four weeks. Each week the students had to go to the gym three times and complete their programme. During that period the students became more muscled and stronger of course. After the four weeks, the researchers measured the hormone concentrations in the students’ urine again: once when they were at rest, just before doing a training session – measurement C – and once immediately after a training session – measurement D.

The production of testosterone – the table shows it clearly – is almost forty percent higher when the body is resting. After training the testosterone level is lower, but it doesn’t take a genius to guess that the level recovers quickly. The students’ estradiol levels were somewhat higher [we haven’t included a graph here] but the increase was not significant.

The level of the stress hormone cortisol on the other hand was lower, both at rest and after the training session.

If you do weight training over an extended period, your body starts to make more anabolic hormones and less catabolic stress hormones. Maybe that’s why people who start to train for the first time in their lives don’t notice any progress in muscle mass or strength immediately, but only after a couple of weeks. Their bodies have to adjust to the change.