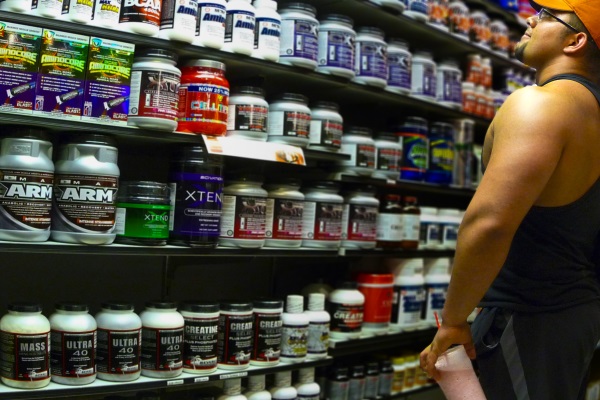 Once again, the supplement industry is under attack, and if it seems like we’ve done this dance before, it’s because we have. And with the same partner.

Of course, such attacks on the supplement industry aren’t a new thing. In fact, thanks to Senator Durbin, they’ve become as commonplace in Congress as grandstanding filibusters. It was Durbin who introduced The Dietary Supplement Safety Act of 2003, Senate Bill 722 which, had it passed, would have required Americans to get doctors’ prescriptions for most dietary supplements. In the text for that act, the word “adverse,” as in “adverse events” and “adverse experiences” is included no less than 27 times. The current amendments are also rife with the word. Clearly, Durbin has had a longstanding fixation on supplements and a keen interest in limiting our access to them, based on a fear of their potential dangers. But why? Certainly hard facts don’t support his fervor, as he himself would know better than most.

In 2011 Senator Durbin, along with with Representative Henry Waxman of California, asked the Government Accounting Office to review dietary supplement adverse event reports. In 2013 the GAO completed its report, which showed that there were a total of 6,307 AERs reported to the FDA between 2008 and 2011–1,575/year, on average. Compare this with the 2008 AER on FDA-approved drugs–a whopping 526,527! It would seem Durbin could far better serve Americans’ interests by turning his attention to a real public health problem, rather than flailing at an imaginary one.

And for the record, Durbin is also the man behind the Dietary Supplement Labeling Act (S 1310) of 2011, which would have seen supplements regulated as prescription drugs had it passed. Fortunately for us it did not, despite his two attempts to get it through, the second time as an amendment to another Senate bill. Clearly, Durbin will not rest until your access to supplements is severely restricted, if not outright eliminated, either by way of bans or the need for prescriptions to access them.

What makes Durbin’s quixotic attack on supplements all the more curious is the fact that the FDA already has full regulatory authority over dietary supplements in the U.S. (as per 1994’s DSHEA act), which includes military bases. In other words, the federal government has in place an organized, fully-funded regulatory body overseeing supplements, yet Senators Durbin and Blumenthal want to create an as-yet unfunded, invasive, redundant layer of oversight to “protect” our military men and women from…glutamine? Zinc? Vitamin B-6? It seems to me that our good senators might turn their attention to other means of supporting our military–ones that help protect them from actual threats.

Make no mistake, while these particular amendments are aimed at the military, we know from experience that Senator Durbin ultimately has his sights set on a larger target: the banishment of dietary supplements, or at least such withering regulation that the average consumer can’t access then. Should these current amendments pass, Durbin will have won a major victory, and be emboldened to take supplements off store shelves and out of your cabinet.

So, what can you, the consumer, do to retain your right to access safe, effective dietary supplements? A good place to start is by going to http://www.saveoursupplements.org/. There you can send an email to your Senators that will let them know that you’re not okay with these amendments to the Department of Defense 2016 spending bill. The bill has nearly 200 amendments attached to it, and not all will be heard on the Senate floor. By sending your email to your Senators you can help ensure that the Durbin/Blumenthal amendments are not passed.

It’s one thing to look out for our safety. It’s another thing entirely to limit our freedoms. Amendments like these will not make us or our military personnel safer. They will, however, open the door to creeping restrictions and regulations on our constitutional right to purchase and use dietary supplements. Please take a minute to send Congress the message that you are not okay with this, before they vote on it next week. Do it for the men and women of the military, and do it for yourself.