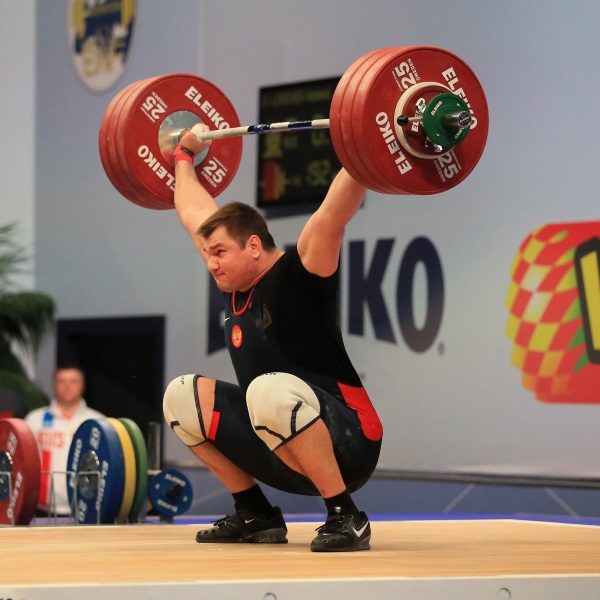 If you want to talk about killer workouts to make the bar bend, check out this inspiring video of Russian weightlifter Aleksey Lovchev, who set the all-time clean and jerk world record of 264kg (581 lbs) at the 2015 IWF World Weightlifting Championship in Houston, Texas this weekend.

Lovchev started off with lighter (albeit still extremely heavy) lifts of 242kg (534 lbs) and 248kg (547 lbs). Only on his last attempt did he tack on an additional 16kg—more than he’d ever lifted in competition or practice—in an effort to break the existing records. The previous world record total (472.5 kg) and clean and jerk (263.5 kg) were set by Iran’s Hossein Rezazadeh at the 2000 and 2004 Olympic Games, respectively. (The “total” mark is the sum of a weightlifter’s clean and jerk plus snatch performance.)

“I was thinking ‘This is impossible,’ as I had never tried that weight before,” the 26-year-old Lovchev said after his lift. “I’m overwhelmed.”

And because Lovchev is in the heaviest weight class (+105kg), his performance earns him the unofficial title of “the strongest man in the world.”

“This shows that Russia is the strongest nation,” he said, after fellow Russian weightlifter Tatiana Kashirina once again won her +75kg division.