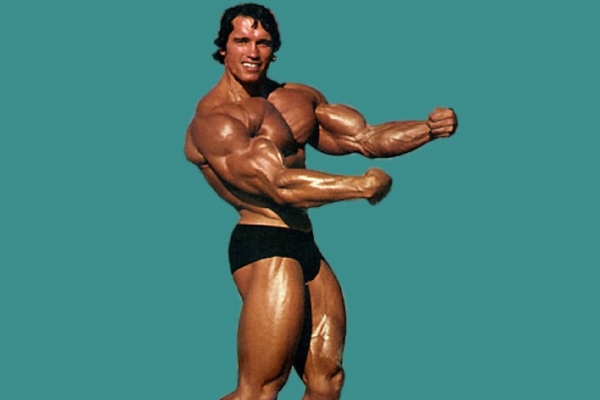 The greatest bodybuilder of all time trains at the Mecca.

There’s no doubting that Pumping Iron was integral in sparking the bodybuilding trend and exposing it to the masses. Many people hit the gym way back then as well, but not with the same vigor and intensity as they did after the documentary grew in notoriety. Generation Iron would go on to be the spiritual successor to the 1977 documentary and prove to reignite public attention on bodybuilding.

Besides learning the intricacies of bodybuilding competition, as well as being introduced to a cast of talented bodybuilders all with their own personalities and agendas, the clear highlight of Pumping Iron was the portrayal of seven time Mr. Olympia winner Arnold Schwarzenegger. He was the brash, young, reigning champion filled with bravado and natural talent that any bodybuilder would be envious of. Clearly the Austrian Oak appreciated the spotlight and made no secret about that. He took that exposure and was able to make a lucrative career out of his bodybuilding success.

But before he was firing assault rifles, blowing things up and becoming the king of action cinema, Arnold Schwarzenegger was an elite competitor who worked himself hard in the gym. Arnold was a tireless workhorse. If there was an area that needed improvement he would hammer it out like a blacksmith, working the muscle group over and over until he reached perfection. Nothing highlights that dedication to his craft more than this rare training footage from the documentary that started it all. Take a look at Arnold training back and chest at the mecca for bodybuilding, Gold’s Gym back before the 1975 Mr. Olympia event.