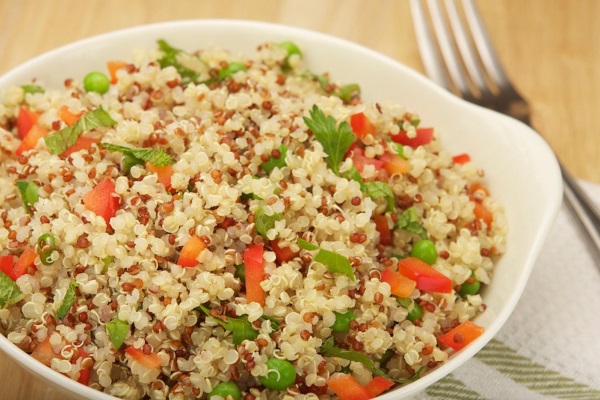 Retailers call quinoa the ‘grain of the Incas’. It’s not related to more familiar grains, but for centuries people in South America have been eating Chenopodium quinoa seeds like other parts of the world eat wheat. When the Spanish conquistadores hit the Andes they labelled quinoa ‘worthless food’, but now it looks like quinoa is making a comeback. This is because quinoa is a) gluten free, b) has a low glycaemic index and c) contains high amounts of protein which, compared with wheat – is of high quality.

The researchers analysed different batches of quinoa and quinoa products. The most interesting product was Zieglers Toasted Bran.

This figure provides an overview of the known quinoa ecdysteroids.

Effects of quinoa consumption
After extrapolating to humans the results of animal studies, in which ecdysteroids have positive effects on the skin, bone and muscle mass and break down fat, and going by the quantities of ecdysteroids found in quinoa analyses, the researchers suggest that people who eat quinoa regularly will be healthier as a result.