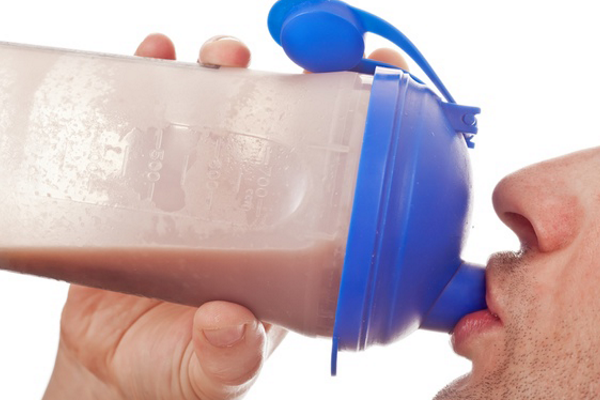 If you’ve just started resistance training and want to see results fast, then a discovery made by nutritionists at the University of Maastricht may be just what you’re looking for. The Dutch researchers discovered that beginners at strength training can almost double the amount of muscle mass they build up by drinking an extra protein shake just before going to bed.

Study
In their article, which has been published in the Journal of Nutrition, the researchers describe how they got 44 male students to do weight training for 12 weeks. The students were healthy and active, but had not pushed iron in the previous two years at least.

Just before going to bed, half of the subjects drank a placebo drink. The other half drank a shake containing 13.75 g Peptopro, a casein hydrolysate, 13.75 g casein and 15 g carbohydrates.

Results
At the end of the 12 weeks the students in both groups had gained strength. But the increase in muscle strength was significantly bigger in the group that had drunk a protein shake before going to sleep.

The same is true for muscle mass, as the figure above shows. The students that drank a protein shake before going to sleep built up almost twice as much muscle mass in their legs than the students in the placebo group. The increase was above all in the fast type-2 muscle fibres.

We, the ignorant compilers of this webzine, can’t help posing the one obvious question: did the students really build up all that extra muscle mass because they drank a protein shake just before going to sleep? Or was it just because they upped their protein intake?

Wouldn’t the students have built up just as much extra muscle mass if they had – say – drunk the protein shake in the morning?