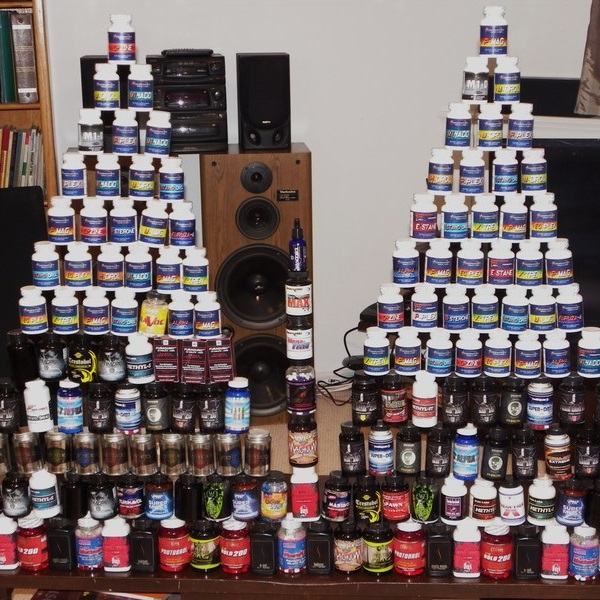 There is a lot of misconception between what is a “prohormone” and what is a “prosteroid” and while technically they are similar, the market has made them out to be quite different. In no way do I suggest that anyone buy current “prosteroids” since they are illegal and purchasing them is a felony. Prohormones are exempted from this law, which is why those are the only kinds of steroidal products you will find on our site.

The term “prohormone” doesn’t mean much because technically every hormone is a “prohormone” to something. Typically though it has come to be similar to “pro-drug” which is a drug that converts into something active.

Thus a “prohormone” technically has little to no activity on its own and will convert into an active hormone.

This term technically is the same as “steroids” since there is no “Pro” to them at all. Prosteroids are what the industry called products that were active steroids like superdrol, epistance and pheraplex. Steroids like these are highly illegal and are hard to find since they now carry the same penalties as prescription steroids. This makes them a felony in most states that follow federal guidlines.

THE DIFFERENCE IN GAINS

There will be some differences in gains, depending which prohormone or prosteroid that you use. Some strong prohormones like 1-Andro will give similar gains to anabolic steroids with a proper diet and exercise. 1-Andro competes favorably with halodrol and epistane but pales in comparision to superdrol. Many oral steroids like superdrol will load the muscle with water, which feels like some major gains are happening but those tend to fade in about a week after stopping the cycle.

Thus against things like epistane and halodrol you see a very good comparison from prohormones but cycles of superdrol will dwarf anything that can be had by prohormones. Oral steroids like superdrol do major damage to the liver and potentially kidneys though which you don’t have from prohormones.