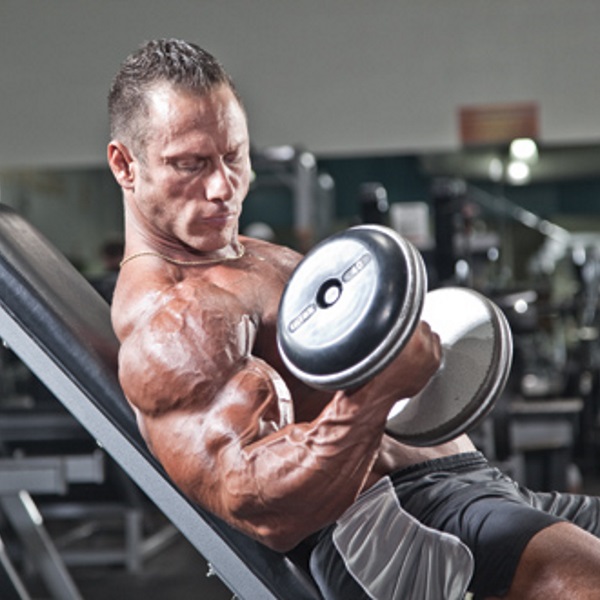 The focus of this article is to determine which exercise builds bigger biceps peak: the incline dumbbell or the preacher curl.

Although the supporters of preacher curls will tell you that they have been one of the most widely used exercise for building the biceps peak, some would argue that this move is not the most efficient. According to them, you can do a much better job with the incline dumbbell curl.

The adherents to the incline dumbbell curl rely bring forth the anatomy of the biceps as a supporting evidence to their argument. Namely, the biceps, as the name aptly implies, is composed of two heads: the long and the short head. While the biceps peak is mainly composed of the long head, the short head forms the inner part of the muscle.

The movement of the incline dumbbell curls takes your arms behind your body, stretching the long head. By stretching your muscle before contraction, you squeeze out more force from it on contraction, handling most of the strain during the exercise. The fact that it’s the long head that participates the most in biceps peak’s architecture makes the incline curl an effective move for building its size.

The preacher curl takes your arms in front of your body. This releases the tension of the long head, and reduces its involvement during this exercise. As a result, most of the load during the preacher curls is transferred to the short head. Having this mind, we can conclude that preacher curls are not as efficient for building your biceps peak, making them much better exercise for your inner biceps.

So, if you are on a look-out for an exercise to put an extra height to your biceps peak, aim for the inclined dumbbell curl. By targeting the long head of the biceps, it delivers the best results in increasing the biceps peak size.

However, this doesn’t mean that you should eliminate preacher curls from your routine. A well developed inner biceps is crucial for achieving balanced biceps development.

The incline dumbbell curls are best included in the early stages of your workout routine. You can either perform them at the beginning of your workout, or after you’ve completed the barbell curls.