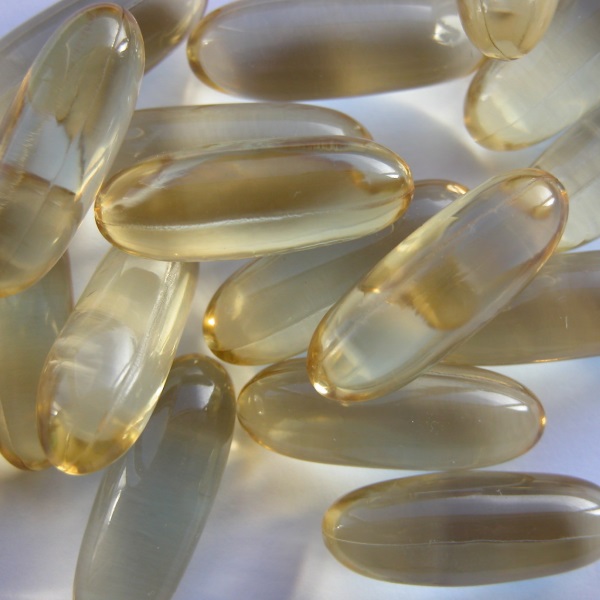 There are two types of alleged fat burners: Type I are the stimulants with proven beneficial effects on you resting metabolic rate and beneficial “side effects” on energy levels and (reduced) appetite. Type II are non-stimulant “fat burners”. Two of those have been tested in a recent study … learn what the study says.

Amanda J. Salacinski, Steven M. Howell, Danielle L. Hill, & Steven M. Mauk, researchers from the Department of Kinesiology and Physical Education at the Nothern Illinois University didn’t miss that weight loss supplements are becoming increasingly popular – even in people with with chronic diseases (usually as a consequence of obesity).

Even in healthy individuals, the list of side effects that have been reported for the various fat burners is long (Salacinski et al. highlight G.I. distress, and liver inflammation, which may accompany weight loss resulting from chronic supplementa-tion, in particular)… and while it is long, very long, in fact, it is hardly science based, because evidence controlled treatment trials in healthy and diseased patients are rare, insufficient or simply lacking. That’s bad news. After all, for most currently marketed OTC weight loss agents’ kitchen-sink approach to fat loss, there’s no evidence that they even work.

One example the scientists mention are raspberry ketones which have, as the scientists point out, “been widely promoted as a ‘weight loss miracle’ [even though there’s more than just] limited research […] on humans” (Salacinski. 2016); and still, raspberry ketones are at least an ingredient of which you know that it could be working… to some degree. That is in contrast to what the scientists say is true for the majority of products on the US market, which “have inconclusive labels or contain a ‘metabolic activator blend’ which includes no details on the ingredients for weight loss” (Salacinski. 2016). Furthermore, … 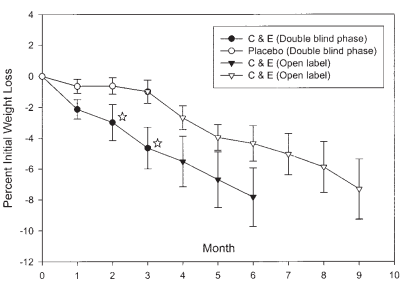 Figure 1: There’s no doubt that there was an effective fat burner on the market. The com-bination of ephedrine and caffeine (data from Greenway et al. 2004) did what pharma-cological bogus like “Alli” will never do: burn fat and protect muscle (e.g. Molnar. 2000)

“[…t]he Dietary Supplement Health and Education Act (1994) allows for the marketing of supplements without prior approval of their efficacy and safety by the Food and Drug Administration (FDA). Therefore, the safety profiles for many of these products are unknown, thus leading to variations in their composition and allows for the inclusion of inferior products (Stickel et al., 2005). Moreover, the majority of the research conducted within this area has primarily focused on the use of caffeine, chromium, and ephedra for weight loss, which contributes to increase user confusion and product uncertainty (Anderson, 1998; Greenway et al., 2004; Urbina et al., 2012)” (Salacinski. 2016). 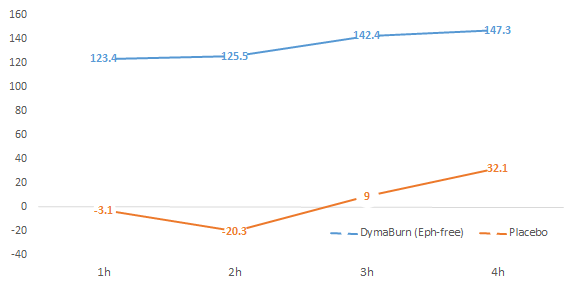 The same goes for the desired “side effects”, namely an improved state of mood state that involves increased focus, alertness, and energy (Urbina. 2012)… all three effects are characteristic of stimulants, though, and thus exactly those fat burner ingredients of which Salacinski et al. wanted to determine whether they could be replaced with non-stimulant herbal supplements. 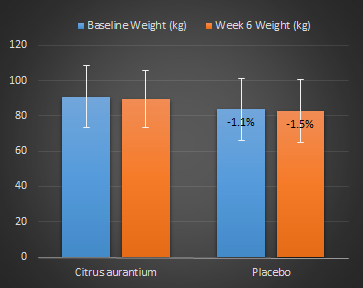 Citrus aurantium is not the valid successor to ephedra marketing campaigns tell you. In fact, Bent et al. found only one reliable placebo-controlled study which yielded the disappointing results you see above (Colker. 1999)

No fat burner “burns fat”: Among those agents that won’t possibly kill you in no time, none will actively burn fat – not even those that have been proven to trigger significant increases in fat oxidation, like caffeine or green tea. They may help you to shift the weight loss towards body fat, but the <125kcal/day increase in resting metabolic rate from the caffeine + GTE combination I plotted for you in Figure 2 is not going to get you ripped without the help of concomitant dieting efforts.

Fat burners are no magic weight loss pills and still, they can help you lose weight – especially the stim-based ones – because they may reduce appetite, increase energy and thus your ability to adhere to an energy restricted diet with or without concomitant exercise. 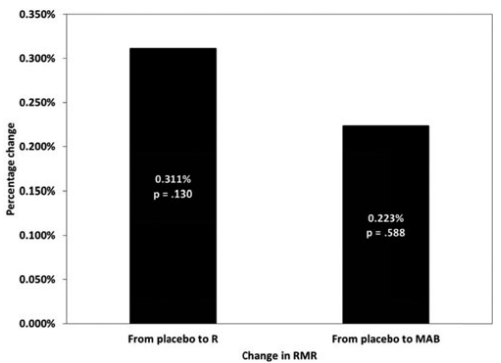 Figure 3: Changes in RMR after the administration of raspberry ketones or CelluCor CLK; p > 0.05 for both (Salacinski. 2016).

“As recommended by Compher and colleagues (2006), subjects were instructed to refrain from exercising for 24 hours and from consuming food for 12 hours prior to testing. The participant ingested a placebo (an empty digestible capsule) or a dose of one of two supplements; CelluCor CLK or raspberry ketones (R) and CelluCor T7 or the metabolic activator blend (MAB) with water, upon awakening on the morning of each measurement session. The three softgel and two softgel tablets were considered to be a single dose of R and MAB, respectively, as recommended by the manufacturer.

The results of this recent rel. small scale (N=26, no dropouts) study are plotted in Figure 3. Data from two participants were excluded from the statistical analysis because the data could not be adjusted to meet the acceptable criteria recommended by Compher et al. (2007) and Frankenfield et al. (2003). Despite the two exclusions, it should be obvious that the non-significant 0.111% increase due to raspberry ketones and the even lower increase due to CelluCor CLK are meaningless. 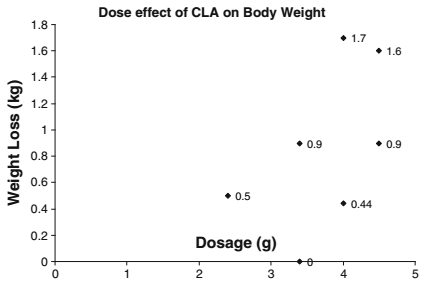 Onakpoya, et al. conducted a comprehensive meta-analysis on the weight loss effects of CLA. The analysis shows a non-significant trend for increased weight loss with increasing dosages of conjugated linoleic acid, but overall, their results do “not convincingly show that CLA intake generates any clinically relevant effects on body composition on the long term” (Onakpoya. 2012).

Bottom line: In view of the fact that the study at hand is an acute response study, I have to admit that it is remotely possible that any of the supplements tested could still trigger long-term fat loss, Salacinski et al. rightly point out that their study refutes the often-heard claim that non-thermogenic herbal supplements would be a fit and safe alternative to stimulants. A replacement that would facilitate similar increases in RMR as nowadays mostly caffeine-based thermogenics without side effects.

Irrespective of any methodological gaps, the study at hand suggests shows one thing with a decent certainty: if raspberry ketones alone or RK blends like CelluCor CLK, which contains hydrolysates of Blue Whiting, L-Carnitine Tartrate, CLA (Conjugated Linoleic Acid) and Razberi-K®, a proprietary raspberry extract marketed as “the original ketone ingredient behind this movement”, work at all – it is not by increasing your REE