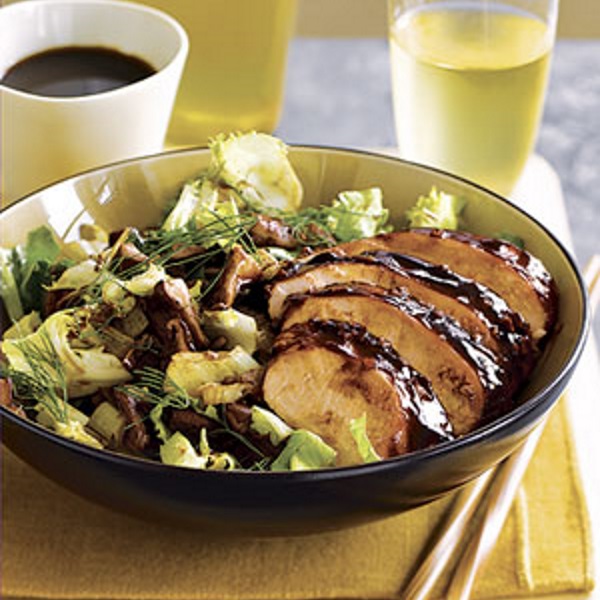 There’s been a long unanswered question: Can you make massive gains without carbs? Many of us who’ve worked long enough in the industry and champion low-carb diets, particularly for contest prep, know that carbs aren’t essential for accelerated growth or even growth during what’s normally considered an impossible scenario, like when getting sliced. My clients routinely add several pounds of muscle during a 12-week cutting phase. Why lose muscle to get shredded when you can add some?

But not every coach gets these results, and those of us who’ve figured it out, didn’t know why. You can’t refine a method if you don’t understand its mechanics. Obviously, daily carbs aren’t the critical component.

You need two things to build muscle: protein and fat. That one’s pretty much a no-brainer, and no one in their right mind hopes to add slabs of muscle without downing plates of protein. Fat may not be at the forefront of thought for muscle gain, but it’s necessary, too—it’s the stuff that gives cells shape and structure. Carbs, however, do nothing structurally. They get converted to glycogen, which can be stored inside muscle tissue, but they’re not part of the muscle fiber. Yet, countless yams and cups of rice go down the gullet each day to promote muscle growth, and research from the American Journal of Physiology-Endocrinology and Metabolism shows that carbs don’t build muscle, but they speed up the process. That’s the whole point of battling with iron day-in and day-out: not only to grow slabs of muscle but also to layer on the fibers as quickly as possible. Carbs amplify our efforts under the bar.

How carbs speed things up took some time to figure out. Insulin release seems like a plausible answer, but research with diabetics shows that muscles grow despite the dysfunction of insulin in the body. Insulin, like carbs, can speed up the process—it is the king of the anabolic hormones—but carbs still play an independent role, and they do so by stimulating a powerful growth pathway controlled by the mammalian target of rapamycin (mTOR).

Enter the World of mTOR

It may sound like the latest transformer name dreamed up by Michael Bay, but the discovery of mTOR may be one of the most important, if not the most useful, discoveries for bodybuilders in the past two decades. Scientists discovered mTOR because a novel chemical from plants called rapamycin slows and in some cases stops cancer growth by blocking the mTOR pathway. Upon further investigation, researchers learned that blocking mTOR stops and slows all cellular growth, but stimulating it speeds growth. The mTOR pathway to growth is found within almost all tissues in the body, so if you want something to grow—like muscle— you’ve got to turn on mTOR. Carbs accelerate growth because the blood sugar they fuel, glucose, directly stimulates growth by activating the mTOR pathway. The insulin that glucose happens to release is a bonus, because it initiates growth in different ways. It seems that carbs are important if you want to smash through the day-to-day limit of “muscular” and hit freak status.

Even as far back as the 1960s, some of the top nutritionists knew that the branched-chain amino acids—leucine, isoleucine, and valine—enhance muscle growth, but researchers found it difficult to determine the exact procedure by which they do so. Some studies showed enhanced growth, others studies showed no effect at all. They played with ratios and timing, quantity and quality, but they couldn’t figure it out.

What research finally discovered was the key is the BCAA leucine. They found that leucine is exceptional because it’s the only essential amino acid that causes insulin release when ingested without carbohydrates; all others can only enhance or increase the insulin release caused by eating carbs. Leucine, on the other hand, has no such limitation.

Although insulin is an important growth regulator, it’s not the reason that leucine shortens the road to a huge back or peaked biceps. Leucine is the only other known nutrient to directly activate the mTOR pathway of growth, and it’s incredibly powerful at doing so. Leucine stimulates the potent mTOR growth pathway without carbs.

Although many of us didn’t know why it occurred, a pattern of no-carb muscular gains was evident, even in the most difficult muscle-building phases of dieting. Now we know the critical component is the spike that ample BCAAs and exotic, rapidly absorbing protein hydrolysates like those manufactured from whey and casein cause in free leucine levels. By cutting out the less useful components, we can tune our supplementation to constant, amplified muscle growth by adding leucine to every meal. And it doesn’t take much. Supplementing with three to five grams of leucine with meals and especially pre- and post-training keeps the mTOR pathway of growth open and active, pushing muscular gains to their limit.

The Secret Is Out

Leucine supplementation is the long-missing piece of information that explains what even the first Mr. Olympia, Larry Scott, evidently knew by experience and gut feel. We didn’t know why, but we knew BCAAs could shorten the time needed for massive gains. This discovery led to the refinement of a few select dietary protocols—like my contest-prep version of The Carb Nite Solution and methods for effortless total-body recomposition like carb back-loading—instead of mucking around with unrefined, almost haphazard implementations. Using both leucine and carbs together induces mind-blowing lean-muscle gain. Now we can achieve a level of nutritional precision to allow massive gains while achieving a stage-ready, cut, and jacked physique. – FLEX