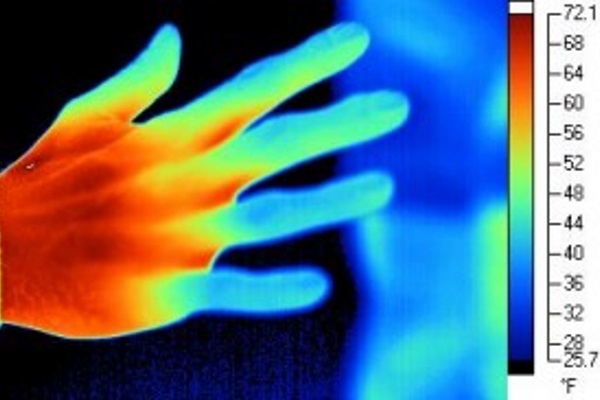 In the land of Kaatsu training, wasp juice, and Yakult, researchers are studying the muscle-strengthening effect of heat treatments. And the results are interesting, according to an article that has appeared in the European Journal of Applied Physiology.

The researchers tested a blanket that gives off heat and steam, developed by the Kao Corporation. The researchers wrapped the blanket around one leg of 8 subjects in their forties, so that the heat penetrated the muscles. The treatment lasted 10 weeks and was pretty intensive. Four days a week the subjects sat for 8 hours with a blanket around their leg muscles. These had a normal average temperature of 34.9 degrees Celsius, but the blanket raised this to 38.3 degrees Celsius.

The heat therapy made the leg muscles bigger. Just a little bit. But don’t forget, the men didn’t train.

The test subjects’ muscles also became a little stronger. The heat treatment had no effect on the hamstrings (the leg flexor muscles), but in the leg extensors the maximum isometric torque increased by 5.8 percent.

How the heat treatment comes to have an anabolic effect the Japanese are not able to explain. They monitored hundreds of genes in the muscle cells using state-of-the-art genomics technology, and produced a sea of data in which they drowned and were unable to interpret. That’s what happens when managers and civil servants insist on scientists using their latest hobbyhorse. Starts off looking impressive, but once the gloss has faded and the subsidies have vanished, the results are often disappointing.