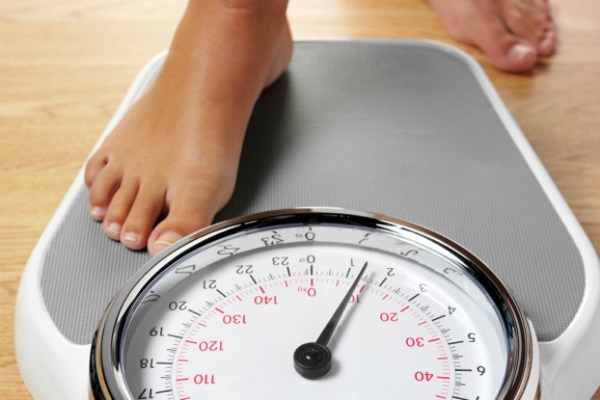 If athletic women want to lose weight they are probably better off confining the weight loss to a pound a week. Finnish sports scientists at the University of Jyvaskyla discovered that testosterone levels take a dive if weight loss is faster.

The researchers did an experiment with 15 women with an average age of 28 years. The women had all been training for at least six months, using weights and doing aerobics. They were put on a diet for 4 weeks that included a daily 1.4 g protein per kg bodyweight.

As a result of their training and protein-rich diet the women lost almost no lean body mass. The 1KG group lost 3.8 kg fat and the 0.5KG group lost 2.0 kg fat. The second figure below shows the effect of the diet on the fat mass.

The training results remained the same for both groups, except for one thing: because the women became lighter they were able to jump higher.

The more weight the women lost per week, the more their testosterone levels plummeted.

Conclusion
The researchers write that women are better off losing weight slowly rather than too fast. You need to be alert in daily life, and hormonal changes like this probably have negative effects.

“A weight reduction of 0.5 kg per week with approxiamtely 1.4 g protein/kg/day can be recommended to normal weighted, physically active women instead of a larger weight reduction, because the latter may lead to a catabolic hormonal state”, the Finns conclude.