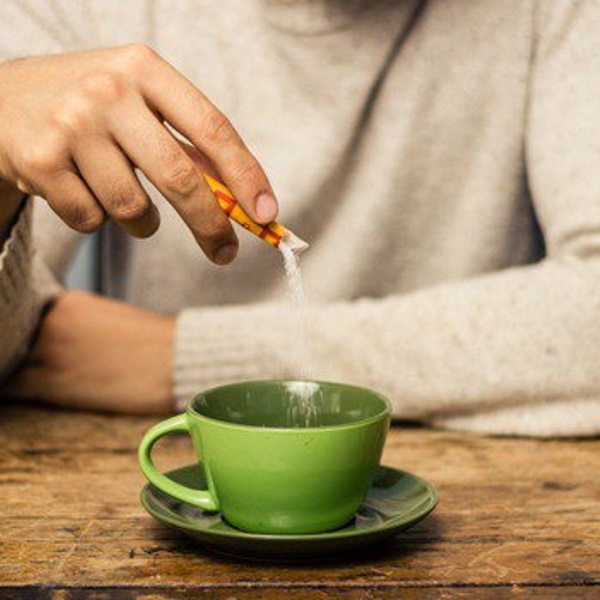 With many people now avoiding sugar, natural alternative sweeteners have stolen the spotlight.

Monk fruit sweetener has been around for decades, but has recently grown in popularity since it’s become more readily available.

It is natural, contains zero calories and is 100–250 times sweeter than sugar. It is also thought to have antioxidant properties.

But is it really as great as it seems? This article reviews the evidence.

What is Monk Fruit Sweetener?

Monk fruit sweetener, or monk fruit extract, is a sweetener extracted from the monk fruit.

The monk fruit is also known as “luo han guo” or the “Buddha fruit.” It is a small, round fruit grown in Southeast Asia.

Monk fruit has been used for centuries in traditional Chinese medicine, but the FDA didn’t approve its use as a sweetener until 2010.

Monk fruit sweetener is created by removing the seeds and skin of the fruit, crushing it and collecting the juice, which is then dried and turned into a concentrated powder.

However, unlike most fruits, the natural sugars in monk fruit are not the main compounds responsible for its sweetness.

During processing, mogrosides are separated from the fresh-pressed juice of the monk fruit. Therefore, monk fruit sweetener does not contain fructose or glucose.

Depending on the amount of mogrosides present, monk fruit extract can provide a level of sweetness around 100–250 times greater than table sugar.

In fact, many manufacturers mix monk fruit sweetener with other natural products such as inulin or erythritol to reduce the intensity of the sweetness.

Monk fruit extract is now used as a stand-alone sweetener, as an ingredient in foods or drinks, as a flavor enhancer or as a component of other sweetener blends (1).

Bottom Line: Monk fruit sweetener is a natural, zero-calorie sweetener. It is high in sweet-flavored antioxidants called mogrosides, which make it 100-250 times sweeter than regular sugar.

Monk fruit sweetener has been claimed to be useful if you are trying to lose weight.

Since it contains zero calories, many suggest that it can help reduce total calorie intake.

Nevertheless, as monk fruit sweetener is relatively new to the market, no studies have looked at its effects on weight.

However, studies on other low-calorie sweeteners suggest they may lead to modest reductions in body weight (2, 3, 4).

Studies report that using low-calorie sweeteners in place of regular-calorie versions can result in modest weight loss of less than 2 lbs (0.9 kg) (2).

One review found that when people consumed low-calorie sweeteners and drinks, they also tended to consume less added fats, added sugars, alcohol and other sources of empty calories (3).

In another study, people who consumed stevia or aspartame rather than sucrose ate fewer calories, without reporting any differences in hunger levels (4).

Bottom Line: Currently, no research has examined how monk fruit sweetener affects weight. However, there is evidence that low-calorie sweeteners in general may help with weight loss.

A specific type of mogroside called mogroside V is the main component of monk fruit sweetener.

It makes up more than 30% of the product, and is responsible for its sweetness.

Some studies have shown that the mogrosides have antioxidant and anti-inflammatory properties.

For these reasons, they may be able to help improve health and prevent disease.

These anti-inflammatory properties are likely to contribute to other health benefits, including the prevention of cancer and complications in diabetes (6).

One experiment found that the mogrosides suppressed leukemia cell growth. Another found they had powerful inhibitory effects on skin tumors in mice (8, 9).

Since monk fruit sweetener has zero calories or carbs, it will not raise blood sugar levels. Therefore, it may be a good option for people with diabetes.

Several studies in diabetic mice suggest that, in addition to not increasing blood sugar levels, monk fruit extract may actually help reduce them (10, 11, 12).

When diabetic mice were given monk fruit extract, they had lower oxidative stress, reduced blood sugar levels and an increase in good cholesterol (11).

Some of these benefits may be due to the ability of the mongrosides to stimulate insulin secretion in the cells that normally make insulin (13).

Although mogroside extracts from monk fruit may have benefits for health and disease, more research is needed.

To date, studies have used supplements of monk fruit extract that are much more concentrated than what you are likely to consume when taking it as a sweetener.

It’s not clear what dosage people would need to consume in order to experience any of these health benefits.

Bottom Line: Monk fruit extract is likely to have positive health benefits due to its antioxidant and anti-inflammatory properties. However, more research in humans is needed to confirm these benefits.

Monk fruit sweetener is relatively new to the market, and it was only in 2010 that the FDA recognized it as generally safe.

Unlike other low-calorie sweeteners, there aren’t lots of studies to back up the safety of monk fruit sweetener.

However, just because there are no long-term studies in humans, it does not mean that the sweetener is harmful.

Monk fruit has been used as a food for hundreds of years, and there have been no reported negative side effects from consuming monk fruit sweetener.

Bottom Line: There aren’t many studies available on monk fruit sweetener in humans. However, it is generally recognized as safe.

Although more research is needed, monk fruit sweetener appears to be a safe and healthy sweetener.

It is a natural, calorie-free alternative to sugar and other sweeteners, and may even provide health benefits.