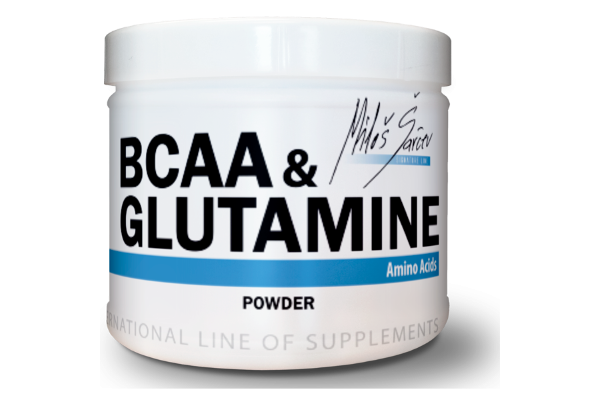 From Ergo Log
Strength athletes produce more testosterone, and less cortisol, if they take a handful of caps containing BCAAs plus glutamine every day, write researchers from Ball State University in the Journal of Strength and Conditioning Research.

One of strength athletes’ biggest enemy is too much stress. We’re talking physical stress here: training causes big-time stress in the form of continuous damage to muscle tissue. And the body reacts to this by increasing its production of the muscle-destroying hormone cortisol and reducing its production of testosterone. So could you do something about this by providing the muscles with the amino acids they need most? That’s what the researchers wondered. So they gave 8 recreational lifters – who by the way hadn’t been in a gym for six months – a daily 3 g BCAAs and 2 g glutamine for a period of 4 weeks.

A couple of weeks later the researchers repeated the procedure, but gave the subjects a placebo.

The testosterone level reacted in exactly the opposite way. It rose when the athletes took BCAA.

Researchers look at the cortisol:testotesrone ratio when they want to determine whether a body is an anabolic environment. The higher the ratio, the more muscle you should be able to build up. The figure below shows the effect of BCAA plus glutamine on the C:T ratio.

Whether the athletes built up more muscle because they took the amino acids the researchers did not determine. What they did see is that creatine kinase concentration rose by less when the athletes used BCAAs and glutamine. Creatine kinase is an indicator of muscle damage. The figure below is based on the measurements that the researchers took 12 hours after the training sessions.

As in so many studies financed by industry, there are problems with this research. “Subjects with a dietary protein intake in excess of the recommended daily allowance (0.8 g/kg/day) were excluded from the study”, the researchers write, describing how they selected their test subjects. This protein intake level is pretty low for a strength athlete, but later in the article we learn that the intake was actually even lower. “In the present study, dietary analysis showed that no subjects were consuming more than 0.7 g/kg per day of protein during the course of the study.” No doubt the amino acids had an effect.

But the study is not enough to convince us of the worth of using amino acids. What it does convince us of, though, is that strength athletes need to make sure you eat enough protein.