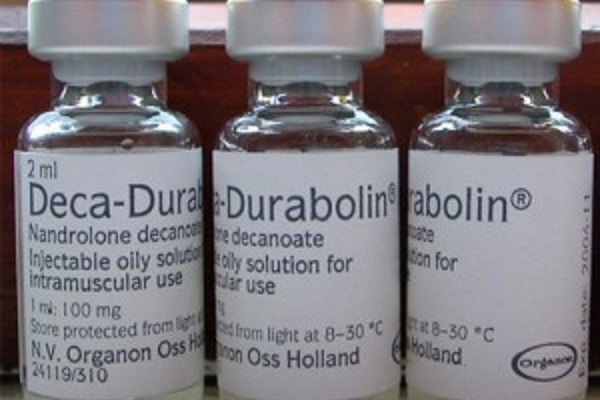 Little scientific research has been done on the effects of high-dosage courses of anabolic steroids. There have been some epidemiological studies, but there are virtually no studies in which scientists have followed a larger group of users who are all taking high doses. An exception is a study done at the University of Southern California, published in 1999 in the Journal of Clinical Endocrinology & Metabolism. In this study, 30 men with HIV took 600 mg nandrolone decanoate per week.

The test subjects were on retroviral medicine and their weight was stable. That meant their illness was under control. The researchers wanted to know whether steroids would help increase their muscle mass, as muscle mass strengthens the immune system. If HIV infected people lose 1-10 percent of their body weight, their resistance to infection decreases. So for this group of people, muscle mass can mean the difference between life and death.

The men ate a typical western diet, with just over 16 percent of their energy derived from protein, and about 50 percent from carbohydrates.

During the steroids course, 15 of the subjects did weight training. They went to the gym 3 times a week and did basic exercises covering all muscle groups: bench press, lat pull downs, military press, biceps curls and triceps extensions for the upper body, and leg press, calf raises, leg curls and leg extensions for the lower body. The men did 3 sets of 8 reps of each exercise. The last set they did to failure. Between sets the men rested for a maximum of 2 minutes.

The other 15 men didn’t train. This way the researchers were able to assess the nature of the interaction between steroids and strength training.

The figures below show what happened to the subjects’ body composition. PRT = strength training.

No surprises here: the steroids and training reinforce each other’s effect. The lean body mass of the nandrolone group increased by 3.9 kg. In the deca+training group the amount was 5.2 kg.

The differences between the two groups are bigger if you look at the effects on strength. The subjects that took steroids became stronger, but that strength increased even more if they trained as well. No surprises here either, we realise.

The most noticeable result of the study is shown in the table below, which summarises the side effects – which by the way were mild – of the steroids course. We’ve reproduced part of the table below. Of the 15 men in the deca group, 8 reported that their testicles had got smaller. In the deca+training group only 4 persons reported this effect.

So is the inhibitory effect of nandrolone decanoate on the body’s own hormone production less if you train hard as well? You’d think it is. But the researchers didn’t measure what the steroid cure did to the men’s testicle size, so we can’t be sure. It wouldn’t be the first time that a study claims that the effects of steroids are mitigated by training. According to a 2006 study, a course of nandrolone decanoate does not make agressive when combined with strength training. In animal studies running reduces the effect of steroids on the testes and the effect of steroids on the heart.

The measurements reproduced here were made in the 12th week of the steroids course. The researchers do not report the effects of the steroids cycle in the months after stopping. As far as we’re concerned that’s a shame. Steroids users report that after finishing a cycle you lose a great deal of the muscle mass you gained.