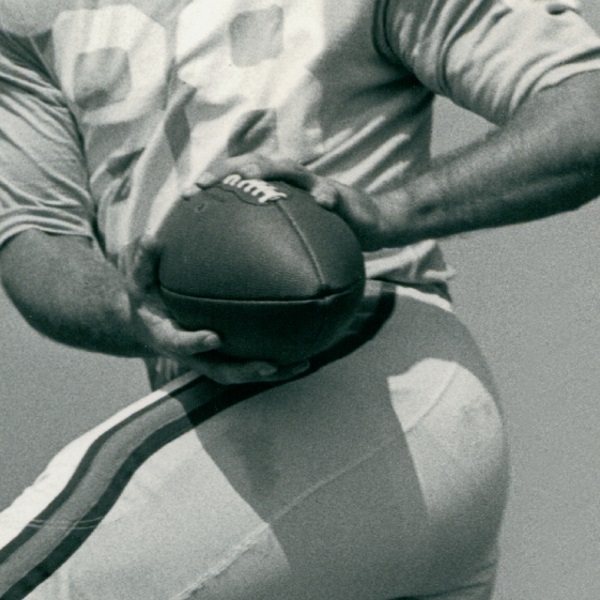 Recently I have received a lot of emails, and it seems that the pendulum has swung way left. Some people are being all-in about using velocity on everything, from their cleans and squats to curls and RDL’s. I think that this is simply an over-reaction, and I know I did it, too (well, do it too) anytime I get a new tool, be it in the weight room or out in my garage. This article is entirely my own opinion, so no citations will be made. For those looking for a lot of scientific backing to velocity based training (VBT), please see my other articles.

To be precise, and get the most out of VBT, I think three things need to be considered:

Let’s address each of these questions individually.

Is the athlete strong enough yet?

Tudor Bompa (1) has said time and again, and written time and again, that all strengths relate back to absolute strength. Simply getting stronger, for a while, will increase absolute strength. We see this often; athletes come in their freshman year and get stronger and then can jump out of the gym, increasing their vertical jump greatly in that first year. Jacobson et al (2) looked at the progression of a college football player over four years and found that while strength significantly improved each year, vertical jump only did for about the first year, and in some cases two years. By year three they saw no improvements in vertical jump on average. All they did was get stronger and show signs of increased power.

Just because you can do something, doesn’t mean you should. The bible says there is a time and a place for everything; a time for peace, a time for war, a time for work and a time for rest. There’s a time to put the thing to the side and just move weight. It’s okay to get strong and it’s okay to grind. When you are trying to grind, by all means grind. Don’t put anything else into the athletes or your mind other than lifting that weight when you are trying to get them strong. Don’t major in minor. If strength is the goal, then get strong. Athletes have gotten great results for centuries by just picking up heavy things and putting them down.

What is your intent? What are you trying to do?

If you are trying to improve rate of force development (RFD), then you have specific parameters that you need to be hitting. Are you trying to develop speed-strength? Strength-speed? Absolute strength? Know what you’re trying to develop. Remember the strength point about the Jacobson et al study? The first one to two years, great power improvements were seen, but what I didn’t tell you was that eventually the strength gains continue and the power gains do not. This is the point in time when the implementation of VBT will help.

Since the strength gains are no longer influencing power, we need to look to increase RFD. Absolute strength is no longer driving explosive strength, so we need to look to specifically train RFD. Usually, the first step should be with strength-speed in the form of dynamic effort training or speed-strength in the form of properly performed Olympic lifts. I mention properly performed because if you listen to the podcast that I did with Mark Watts, you’ll hear a story about why this matters. Also, check out the peak velocity and the Olympic lifts as well. Some things are going to need to be monitored by velocity. Those are usually the core exercises (meaning the core of your program, not situps and planks). Those are the exercises that will have the greatest transfer of training to the sport. If for no other reason, you shouldn’t measure velocity for everything because that leads to information overload.

What does the athlete need?

While this falls into line with the first two points, I kept it separate for a reason. Think about this: what does your athlete need? Are you doing something because you think it’s cool or do they need it? I have made the mistake of doing what I saw in the latest journal article and thought it was badass all too often. I still have to sit back and think, “What does this athlete need?”

I remember a time back in about 2001 when I had all of my softball, field hockey, and women’s soccer players doing speed press and box squat because that’s what I had read was supposed to make them explosive. I did six weeks of this training and saw absolutely no improvements on their vertical jumps. Nevermind the fact that they squatted 100 pounds, so their dynamic effort weight was the bar, and their bench max was the bar, so they couldn’t press it fast. When I called Louie Simmons himself (I am a firm believer of going to the innovator and not the imitator when you want information) and asked him what was going on, he said, “They’re just weak. They just need to get strong. They can’t move enough load fast enough to get a training response.” Low and behold, I quit doing the fancy stuff and focused on just getting them stronger, and they became more explosive.

Conversely, I remember looking at our programs when everyone did the same thing and wondered why the freshmen and sophomores made great gains while the juniors and seniors never improved their vertical jump. Well, looking back at it, all they did was work on absolute strength. Getting stronger is part of the equation.

Remember, P=F*V. Force is part of the equation, but it’s only part. You’ve got to have velocity, too. They had essentially gone to P= F*V. We had neglected that half of the equation, so P had stayed the same and that means that while the F went up markedly, the V decreased to remain at the same power level. Essentially, we had taught the body to slow down. They needed to learn how to speed up. Now, we went in and looked at the guys and made a multi-level program to address this. The lower level guys just worked on getting stronger, and the upper level guys worked on RFD in the form of strength-speed. The upper level guys again started to see increases in their vertical jump, so they were continuing to improve their power output.

Along these lines, progress the athletes when they are ready, not when you are. At one point in time, for grins, we decided to see what sort of statistical impact that having guys in different level programs on our wins. We hypothesized that having the most guys with the most elite training program would elicit the most wins. Well, as luck would have it, it was the opposite. When we had the most guys in the basic programs, we had the most wins.

What did that mean? Did it mean the advanced programming wasn’t working? No, it simply meant that we had some years that we had some really good young players come in and make an impact right off the bat. The weight room does not mimic skill level, or else there would be no reason for a position coach. Watch their vertical jumping ability. When that levels off and they see increases in squat but no increases in vertical, then it is time to change. (One caveat here too, it might be even better to track power as that will include the changes in bodyweight that occur over time. If a player puts on 20 pounds and maintains the same vertical, they’re a helluva lot more powerful now than they were before they put on the weight.)

This fancy programing is cool; I love it. But when you get down to it, it’s not about what you and what you want to do — it’s about what the athlete needs to improve. Monitor your athletes closely and give them what they need, when they need it. Don’t just do it because you can; do it because you should. Intelligent programming takes a lot of work to get the understanding of all of the little ins and outs down, but once you do, it’s quite powerful.